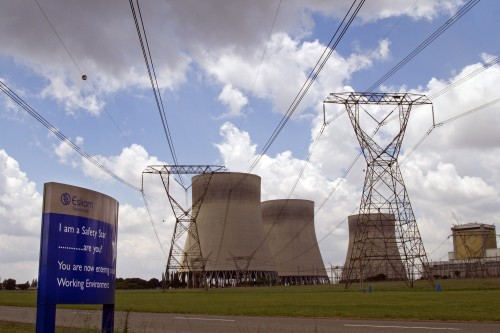 Recent exposés about fraud and corruption at Eskom should trigger a so-called gatekeeper clause that would see long-term bonuses reduced or even forfeited, says PFMA expert Advocate Ivan Herselman.

Recent reports about corruption in the previous financial year should see them pay back bonuses that were awarded without knowledge of such events at the time the bonuses were awarded, he believes.

Herselman explains that the remuneration of Eskom executives consists of three components. The first is a guaranteed package, consisting of a fixed cash amount and compulsory benefits like life cover and pension.

In the previous financial year, then-CEO of Eskom Brian Molefe earned a guaranteed package of R6.9 million and CFO Anoj Singh R3 million. Ten exco members who do not serve on the board jointly earned R18.5 million. Some of them have left Eskom during that reporting period. Matshela Koko, who has been suspended as acting CEO following allegations of procurement irregularities, earned R3.2 million.

The second component is a short-term performance bonus, which is linked to predetermined targets that are in line with Eskom’s compact with its shareholder (government) and the utility’s corporate plan.

In the previous financial year, then-CEO Brian Molefe received a R2.4 million short-term bonus and CFO Anoj Singh R1.4 million. The other executives earned between R790 000 and R980 000. The latter was awarded to Koko.

The third component of executive remuneration is the long-term incentive, which is aimed at rewarding performance over a three-year period according to predetermined targets, also in line with the shareholder compact at corporate plan. According to Eskom’s 2016 integrated report this “covers financial and non-financial targets, such as ensuring Eskom’s business sustainability, ensuring reliability of supply to all South Africans and that South Africa’s future power needs are adequately provided for, as well as supporting the country’s developmental objectives, with an agreed weighting in each category”.

Last year neither Singh nor Molefe received long-term bonuses, as they had not been in Eskom’s service for three years. Other executives jointly got more than R8 million. Notably, Koko received R847 000. The highest earner was executive Dan Marokane, who received R1.3 million.

In its 2016 annual report, Eskom explains that executives are awarded performance shares that only vest three years later if the performance targets are met. However if certain gatekeeper conditions are not met, the Eskom board may adjust the vesting percentages and even deny any payment even though the targets have been met, Eskom states.

According to the integrated report there are five gatekeeping conditions. Two relate to occupational safety, the others are if Eskom makes a loss, if the financial statements are qualified or if there were significant contraventions of the Public Finance Management Act (PFMA).

At a 50% performance, Eskom has estimated that it would pay out almost R8 million in long-term bonuses this year. The final amounts are expected to be disclosed in the financial statements on Wednesday.

Herselman argues that the recent disclosures of procurement irregularities involving Koko, allegations in the Public Protector’s State of Capture report and various other reports including the Dentons report disclose serious misconduct and contraventions of the PFMA.

That, he says, should trigger the gatekeeping condition for 2016/17, but also affect the previous financial year. In fact, he points to then chairman Dr Ben Ngubane’s statement in the 2016 integrated report that the Dentons report “proved that there was no misconduct, corruption or fraud on the part of any Eskom employee, although it did highlight some process weaknesses”.

Herselman says the copy of the Dentons report that was leaked did in fact implicate Eskom staff in fraud and corruption which constitutes “significant contraventions of the PFMA”. If the long-term bonuses were in fact awarded last year on the basis of Ngubane’s incorrect statement it would have been irregular expenditure and Eskom is legally obliged to recover it.

The application of the gatekeeping condition is however heavily dependent on the discretion of the Eskom board and its People and Governance Committee. Some of the board members have remained in their positions despite being part of the structures that dropped the ball regarding Molefe’s R30 million pension payout and other governance failures. There might therefore be doubt whether they will act in this regard, Herselman says.

He say it is open for any civil society organisation to approach the court for an order to compel the board to invoke the gatekeeping condition and disclose in detail how the bonuses were determined.

He questions the rationale for applying the gatekeeping conditions to the long-term incentives only, and argues that some form of penalty should also apply to short-term bonuses if unlawful conduct can be proven.

Enlightening article – Outa should pursue this

In the private sector, you get a bonus ONLY if you performed very well and produced according to a contract/agreement.

NOT at ESKOM, SAA, SABC and Municipalities it seems.

Yet all the Minister of Public Enterprises has to say is that she is only a shareholder???

What have we the bleeding, half dead taxpayers to say?
what can we do?

Except PAY PAY PAY??? for a bunch of people that have no understanding of where money comes from or how to respect the TAXPAYER?

Eish, don’t worry, it will all be OK, maybe NO PAY in November.

Borrow some more from the PIC or China, the taxpayer is half dead already.

Forget that! Just take over SARB and print money to heart’s content! What do you think Busi was up to for her tainted master..?

The culture in this country has to change. You should only be paid what you earn (through hard work and good results), and you should only get a bonus if you have performed exceptionally and done more than was reasonably expected of you. Serious lack of understanding as to what this means in SA.

PAY BACK THE TAXPAYER MONEY

all those implicated in any sort of misdemeanors start by suspending all packages with the proviso also that should the suspended want to litigate that they should pay their own legal expenses. the disciplinary hearings should also activate the suspension of salary packages and legal expense from own account.in the event of misdemeanor being proven all assets to be forfeited to the state. any pension fund contributions to be lost. in other words all of them have to be left with nothing but the clothes on their backs. let them apply fro social security grants. Mr koko gets near on 900,000 as a bonus average state security pensioner gets 1600 a month thus over 500 grantees to could be looked after STOP THE ROT. HIT THEM WHERE IT HURTS MOST

he he – anc eff da all the same – african mentality useless

can not say it any better – all of a sudden realist is called racists.