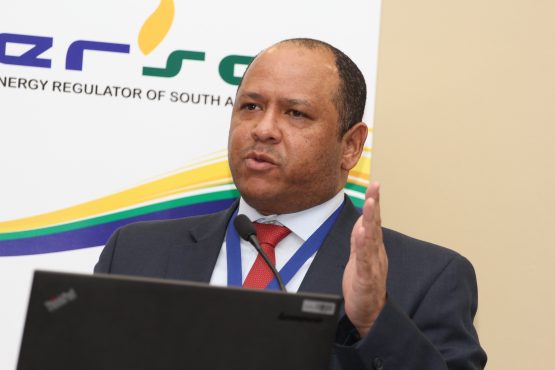 Unless the National Energy Regulator of South Africa (Nersa) grants Eskom R66.7 billion additional revenue through increased electricity tariffs on June 21, it might not be able to continue as a going concern.

Eskom acting CFO Calib Cassim divulged just how precarious Eskom’s financial situation is in an affidavit in which he sets out the devastating effect of consecutive disappointing and delayed Nersa tariff determinations on the utility.

The affidavit, which Moneyweb has seen, was deposed in support of Eskom’s application to the High Court to have Nersa’s decision to award Eskom a mere 5.23% tariff increase for 2018/19 reviewed and set aside. Eskom at the time applied for an increase of 19.9%.

Eskom is asking the court to refer the matter back to Nersa to re-determine the tariff increase. This comes despite that fact that the increase took effect on April 1 for Eskom’s direct clients and will do so on July 1 for municipalities.

Eskom is also asking the court to declare Nersa’s delay in processing its three applications for interim tariff increases in terms of the Regulatory Clearing Account methodology (RCA) unconstitutional. It is these applications that are to be decided in less than two weeks (by June 21). They are based on under-recovery in 2014/15, 2015/16 and 2016/17 totalling R66.7 billion, and could add 2-3 percentage points to the annual Eskom tariff increase over the next few years.

The statement about Eskom’s dire financial situation comes as labour unions threaten strike action due to Eskom’s announcement that it won’t increases salaries or award its staff bonuses this year. Some unions are demanding a 15% salary increase.

In his affidavit Cassim tries to dispel the popular belief that Eskom’s problems are of its own making through mismanagement and corruption.

He quotes statements from ratings agencies that have repeatedly referred to low tariffs that are not cost-reflective and regulatory uncertainty as weighing on Eskom’s credit rating, even after the new board was appointed and set about cleaning up Eskom.

Cassim also refers to a 2016 report by the World Bank about the financial viability of electricity sectors in Sub-Saharan Africa.

Cassim explains: “Chapter 6 of the study analyses on a country by country basis the ‘hidden costs’ – i.e. costs that are hidden from the view of consumers by not being recovered through tariffs, thus preventing the relevant electricity utility from achieving full cost-recovery on the basis of benchmark performance.”

He quoted the study’s conclusion that in the case of Eskom:

He says the contested 5.23% tariff increase came on the back of several years of small increases. In the previous multi-year-price-determination tariff period (MYPD3) – covering 2013/14 to 2017/18 – Nersa gave Eskom an 8% annual increase instead of the 16% it applied for. This left Eskom with a shortfall of R225 billion, Cassim says.

In 2017/18 Eskom was granted only 2.2% more, and despite desperate appeals by Eskom, Nersa failed to finalise the outstanding RCA applications in time for implementation this year. (Eskom has agreed that it be spread over several years.)

As a result, Eskom had to fund the R66.7 billion from other sources, which has resulted in unbearable pressure on its liquidity.

Eskom’s court application is not brought on an urgent basis and we understand that it could take up to a year. Moneyweb has been told that if finalised in time, and if Eskom is successful, it – together with positive RCA outcomes – could result in an average 20% electricity tariff increase next year.

Have everyone noticed the latest tech “CIS thin solar” PV panels have been available for some time (Sinetech is one such installer, and others like Solar Frontier & Eterbright) and they outperform traditional Polycrystalline / Monocrystalline types. Juicy… Bring it on. Soon there will be 60 month financing options.

There is a direct correlation between Eskom’s Going Concern Status and the lingering effects of ANC corruption.

It seems that Eskom believes that to support its gross incompetence in running a monopolistic enterprise is to gouge funds from a long suffering paying users. When are they and municipalities going to stop providing electricity to non paying users of their service. The government had a stance of user pays for e tolls but when it comes to other services this jingle doesn’t seem to apply. When are those people who receive grants and financial support via the state going to rise up and complain as any funds directed to inefficient SoE’s denies them of any increases

Eskom has been in this financial position since the 1960/70s in the form of Escom. Just read the parlimentary submissions on its history. It is a behemoth from the past when mines and other heavy users would fund it and the consumer was tiny in its life.

Stop bailing out Eskom, let it stand on its own and compete against others. Thankfully we can just self-provision for power, but I’m not interested in funding an underperforming entity with tax money.

Yes exactly. Does Eskom not realise the public cannot AFFORD these ridiculous increases? Ruthless efficiency is the only way forward and like every SOE, it is entirely inefficient and has been for years.

Dreams of equality becomes true. Standing in line for water and burning candles are telltale signs of change.

the fruits of de-colonising,…everything! Darwin’s theory in reverse.

So WHEN can the public expect the next Load Shedding Schedule?

…on the other hand, SHOULD SA worry about Eskom not being a “going concern”?

Nope…so long there are TAXPAYERS, Eskom (and other SOE’s) will be a “going concern”. Rather start worrying when most of the taxpayers have left the room!

oops – disregard- per year and not per month. Sorry

Did a quick google as I remembered other numbers.. apparently “the average annual salary of one of its employees is expected to be R820,000 in 2017 and 2018”. Big increases there and a loss of skills.. Great story to tell!

This pleading and begging is pathetic. When will Eskom realise that the public actually does not care if Eskom grinds to a halt. There is no reason to support a SOE that was not loyal to the public when load shedding was going on, when Brian Molefe was milking the taxpayers and when Eskom execs were getting fat bonuses.

Let them go down, the South African public will make a plan and carry on. Maybe when they have to turn off the lights, they will realise what “cuts” they need to make.

“Eskom acting CFO Calib Cassim divulged just how precarious Eskom’s financial situation is in an affidavit in which he sets out the devastating effect of [consecutive disappointing and delayed Nersa tariff determinations] * THEFT, CORRUPTION, INCOMPETENCE AND MISMANAGEMENT * on the utility.”

There, I fixed it for him.

Let them raise cash by listing on JSE and be accountable to the shareholders.

Anybody investing on the open market into Eskom would experience the same fate as Steinhoff – shareholders holding the baby. Government is pathetically useless at running anything so should privatize all SoE’s so that real business people run these entities

Ja/nee sorry; but the shareholders will effectively call the tune (as long as they are not out-voted by ANC proxies). Surely this is a good thing? BUT a key element is to have competition as a monopoly in private hands could be just as costly to users as one in ANC hands; although it is hard to imagine.

GOVERNMENT IS INDEED USELESS AT EVERYTHING.
Only know how to sing and dance.

What about all the money owed to Eskom by recalcitrant municipalities that runs into the billions? Why doesnt it hire a debt collection agency?