Reliability maintenance is however behind schedule.
By Moneyweb 12 Jul 2021  10:01 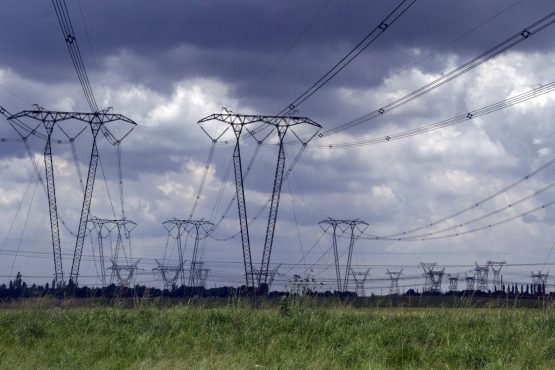 Eskom managed to get to a situation where supply consistently exceeded demand over the evening peak from July 5 to July 10. Image: Nadine Hutton/Bloomberg

The performance of Eskom’s generation fleet has been steadily increasing from the disappointing below-60% plant availability in April and supply has consistently exceeded demand over the past week.

Eskom has also increased its planned maintenance and significantly reduced unplanned outages compared with reports a month ago, when the country was gripped in the kind of severe load shedding that destroys the economy.

Nevertheless Eskom cautions that maintenance typically increases in summer, which may once again affect plant availability and increase the risk of load shedding.

According to Eskom’s latest system status report, its average plant availability for the week ended July 4 was 68.74% – up from only 59.26% three months earlier in April.

At that stage 12.58% of generation capacity was offline due to planned maintenance as Eskom vowed to execute reliability maintenance on its old power stations, which have been run extremely hard over an extended period in its efforts to keep the lights on.

Unplanned outages accounted for a high 25.48% at that stage and increased even further to almost 29% a month ago when the country suffered severe load shedding that intensified to Stage 4.

Only 3.72% of the fleet was then offline for planned maintenance.

Last week that increased to 8.7%, while unplanned outages were significantly reduced to just over 20%.

Eskom’s plant availability has been steadily deteriorating and to date this year has averaged 62.01%, compared to last year’s 65.04%.

Even at the current improved level of 68% it is still very far from the benchmark 80% and chances of achieving that with the old coal-fired power stations seem slim.

From daily tweets by Eskom spokesperson Sikonathi Mantshantsha about the supply balance, it is clear that the improved performance has been maintained over the past week, with Eskom supply consistently exceeding demand over the evening peak.

In its planned scenario Eskom does not foresee any load shedding for the next month.

Should it unexpectedly lose up to 2 000 megawatts (MW) of generation capacity, it indicates that Stage 1 or Stage 2 load shedding might follow.

By the end of May South Africa had already suffered half as much load shedding as it had in the whole of 2020 – which, according to the CSIR, was the worst load shedding year yet.

Eskom earlier admitted that it is behind in the execution of the reliability maintenance it has punted as the cure for its poor plant performance, as it tries to balance the need for these interventions with the damage of load shedding to the economy.

The power utility tracks the performance of units after return to service and admitted “this indicator is below aspiration”, although it is better that in the previous financial year.

By the beginning of June Eskom had completed the reliability maintenance on only one unit, with another 35 still to be taken offline before the end of the year.

Of the six scheduled for June, three were eventually deferred. One of these has been released from service in July and the other two will be rescheduled later in the financial year, according to Eskom.

But, but…Eskom has just issued a warning for likely rolling blackouts this week!

On the other hand, this is nothing that the rampant ANC supporters cannot take care of.

Yippee. Another round of bonuses and increases can’t be too far into the future.

No wonder it[s raining.
Granted winter is the rainy season in Western Cape…….