Half of the cuts are attributable to the work stoppage, Andre de Ruyter said.
By Paul Burkhardt and Rene Vollgraaff, Bloomberg 1 Jul 2022  14:12 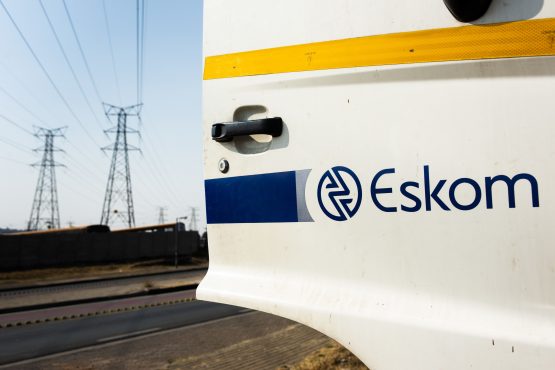 About half of South Africa’s record electricity outages this week have been caused by employees staying away from work during illegal protests, the head of the state power utility said.

Eskom was forced to implement Stage-6 power outages — equivalent to cutting 6 000 megawatts from the grid — because of disruptions that have lasted a week after negotiations on wage increases stalled. Half of the cuts are attributable to the work stoppage, Chief Executive Officer Andre de Ruyter told reporters on Friday.

The strike is illegal because electricity is considered an essential service in South Africa. In addition, Eskom last week obtained a court interdict that compelled workers to return to their posts.

“We will be taking disciplinary action against workers that have stayed away unlawfully,” he said. 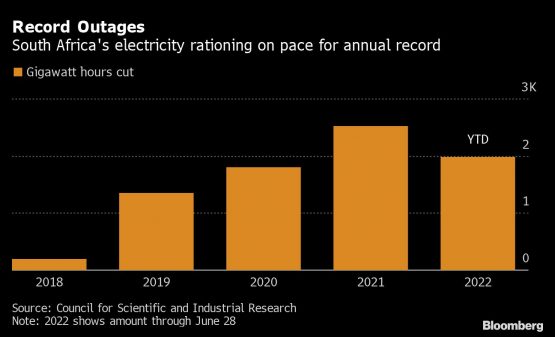 Protests erupted after pay talks between the company and labor unions deadlocked last week. Roads to power plants were blocked, cars were set on fire and petrol bombs were thrown at the homes of managers, intimidating workers from reporting for work. That deepened outages that have curbed South African economic output. They’ve also delayed scheduled maintenance at Eskom, which has been struggling to keep its aging coal-fired plants running and fix newer units that are defective.

The biggest labor unions at Eskom on June 28 urged their members to return to work after a meeting with the company. Still, about 90% of staff at three coal-fired power plants — Matla, Hendrina and Arnot — haven’t reported for duty.

The situation, in which “the country is held hostage by wildcat actions,” isn’t sustainable because plant operators can’t be replaced at short notice, said De Ruyter. He also confirmed a briefing took place with President Cyril Ramaphosa, but declined to provide details.

Wage negotiations were taking place between Eskom and labour groups on Friday.