Eskom unable to meet peak demand half the time 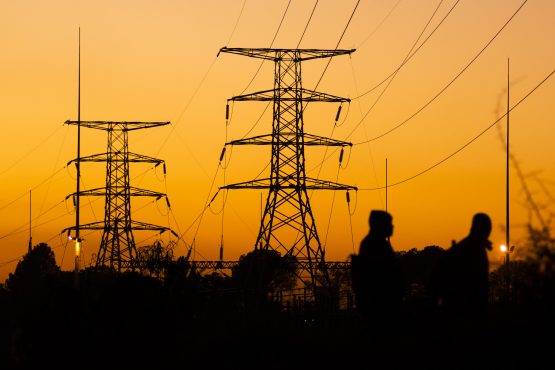 With capacity from other sources, Eskom seems comfortable it can take plant out of service to enable repairs and ‘proper maintenance’ this winter. Picture: Waldo Swiegers, Bloomberg

Eskom has only managed to meet peak demand with its own fleet on 49 of the 106 days between the most recent instance of load shedding on March 23, and July 7.

An analysis by Moneyweb of data published by the utility shows that for just more than half the time over the past three months, Eskom has not generated sufficient electricity to meet peak, night-time demand. This shortfall has ranged from just 30 megawatts (MW) to 3 097MW, and was in excess of 1 000MW for 35 of the 57 days.

Generation performance deteriorated noticeably over the two weeks to Sunday (July 7), with Eskom’s own fleet only able to meet peak demand itself on two of the 14 days (June 29 and 30).

Peak demand has not exceeded 33 000MW yet this winter, with the highest demand (32 949MW) reported on May 28. On that day, Eskom reported 35 265MW of available generation, its highest total in many months. It must be remembered that there were a number of public holidays over this period, including the Easter weekend, Workers’ Day and Election Day, which would have depressed demand.

In the joint briefing by the minister of public enterprises and Eskom executives at the beginning of April, it was clear that to avoid load shedding this winter, Eskom had to ensure that unplanned outages (plant breakdowns and trips) were kept below 9 500MW. With this headroom, Eskom said it planned to “execute proper maintenance” this winter, a departure from previous years where planned maintenance was cut to about 1 000MW. The utility has forecast planned maintenance of as much as 4 000MW at a time during the winter months.

The extent to which it has been able to execute this maintenance is not known, but running a negative operating reserve margin seems to suggest it is comfortable it can take plant out of service for repairs because of capacity from other sources.

Chief among these, obviously, are the independent power producer (IPP) gas (diesel) peaking plants, Avon and Dedisa, which together provide 1 005MW. It is clear these are being used when Eskom is unable to meet demand.

Renewable energy from other IPPs is also available and being fed into the grid. Already, wind and solar photovoltaic (PV) and concentrated solar power (CSP) are consistently supplying just under 2 000MW of power through the day. But given that the evening peak is at around 6pm, only wind is able to provide a significant amount of capacity at that time. There is some supply from CSP, likely around 200MW.

We know that, together, wind and CSP are able to provide around 1 000MW of supply during the peak.

Eskom is also able to use its so-called ‘virtual power station’ to manage demand. This allows it to effectively remove demand (load) from contracted customers. In the utility’s 2018 integrated report, it discloses that its “demand response programme achieved an average certified capacity of 1 296MW during the year”. It is unlikely this number is substantially higher currently. This means it can remove demand of over 1 000MW during peaks.

A shortfall in available generation capacity of around 1 000MW to 2 000MW is therefore comfortably made up by a mix of the above sources. The gap of 3 097MW on Wednesday, June 26, would’ve been a big ask.

Each IPP project supplies Eskom at a contracted price, and the utility will buy a mix of supply at the cheapest possible rate when it is unable to meet demand. For instance, if its demand-side management agreements with large customers cost more than running the diesel peaking plants, it will favour the latter.

Eskom has given itself additional headroom to do maintenance on its coal fleet by synchronising a total of three units at its Medupi and Kusile power stations to the grid ahead of its revised schedule.

Eskom is able to use this capacity, typically up to 600MW from each unit, to supplement its supply.

Medupi Unit 3 fell into this category too, as it was first synchronised to the national grid on April 8, 2018, reached full load (796MW) on May 16, 2018, and has been ramping up over recent months. This unit, however, achieved commercial operation on June 28, meaning that its additional 796MW is now formally part of the utility’s installed capacity.

The risk of load shedding remains, with Eskom noting this at the April briefing. The outlook, however, has improved significantly as it slowly catches up on its maintenance backlog, as plant performance improves, and as it brings new units at Medupi and Kusile online.

Three-month outlook published on Wednesday, May 15 I wonder how many MW the peak could be lowered by replacing all street lighting in SA with LED technology?

Do LEDs use less power than streetlights that are off?

No, but streetlights that are off increase crime and traffic incidents, and we have enough of that already.

That is why I invested in a UPS for my house. R40,000 keeps the lights, TV and wi-fi on and load shedding is not my problem.

Lights ,TV and wifi not the problem. To keep Fridges and freezers running is the problem.
Proof how the ANC has managed to wreck the country in 20 years. Seems to be a Africa norm-20 years. Took Mugabe 20 years to ruin Zim.

Tell that to economically critical industries trying to operate an aluminium smelter?

The best news coming from Eskom over the last decade is that they are no longer going to enter suburbs to restore power that was disrupted by electricity thieves – especially those places where their maintenance crews are attacked and the bulk of customers don’t pay in any event. Brilliant. You can’t help but wonder why it took them so long.

Herman Mashaba wants to force them to go back. He has lost the plot (and my next vote) by insisting that they continue with commercial suicide.

Its is high time that South Africa`s interests should be placed first. We should stop supplying neighbouring countries with electricity, whilst we cannot even meet the local demand.

and we still sell electricity to zimbabwe, without receiving a cent for it – sounds more like “give away electricity”

SA taxpayer pays for this supply to Zim.

In the science of the atom these are referred to “free electrons”.

WHICH OPTION is the best to help Eskom in my very small way?

(A) Do i run all the heaters in my house on maximum? (..so that Eskom can give me a heftier bill, and thus benefit Eskom financially?)

(B) Save electricity by going efficient (incl. getting partial or fully off-grid? (…helping ‘generation’ but not helping Eskom’s dire finances…)

A model built on the ‘strengths’ of AA/BEE leading to corruption. This social experiment, like apartheid, is not sustainable and will die eventually. Only the SA taxpayer keeps it alive.

….the words “spiral” and “death” somehow comes to mind.

This social experiment is called Corruptheid. Also not sustainable. Be lucky to survive 40 years. The main difference being the first left a strong economy and infrastructure behind. The second will leave a comprehensive destruction behind. Hopefully I will be able to watch from afar.

Either way, you will shiver!

The Stone Age management techniques of herding, hunting and gathering are not particularly useful in the quantum age. Yet we remain surprised at the result when they are deployed to 21st century systems. No, the result is inevitable, always was, always will be

I have never understood why Eskom does maintenance in winter months when they know full well this is when peak consumption is undoubtedly going to occur. Why don’t they do maintenance during summer months when legitimate users have less demand for electricity, they obviously don’t understand the concept of scheduling. Eskom suffer from twin peaks inability to meets its debt commitments and a bloated and inefficient workforce being paid unrealistic salaries

Eskom typically only has about 1000MW of plant out for planned maintenance at a time during winter. Because of the maintenance backlog (and the headroom afforded by IPPs), it is doing more this winter.

@grahamcr. Eskom will say in summer months their coal is wet (haven’t heard that excuse for a while! 😉

….and that they don’t have enough (dirty) towels to manually wipe the coal dry.

An excellent analyses by Moneyweb and author.
Zim, who owes Eskom money, made a part payment recently but then rushed to corner either Ramaphosa or Mboweni (can’t remember which one) at an overseas international gathering hoping to get MORE supply for that country – and on an URGENT BASIS!
Can only hope this was refused!