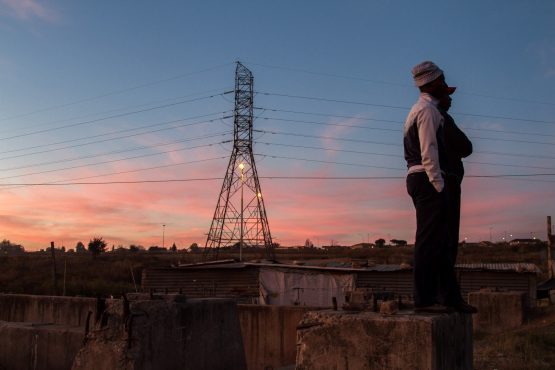 Eskom's huge write-off of Soweto debt raises questions about the integrity of its bills to other clients in arrears. Image: Dean Hutton, Bloomberg

In the previous financial year, power utility Eskom wrote off almost R8 billion of the R18 billion it claimed it was owed by households in Soweto. This is more than 40% and largely consists of interest that exceeded the principal debt.

And this is just the beginning.

In terms of the common law in duplum rule it is unlawful for a creditor to charge interest that amounts to more than the original debt, but that is exactly what Eskom did.

In the recent presentation of its annual financial statements for year ended March 31, 2020, Eskom disclosed that it wrote off “in duplum components of R7.9 billion” from the R18.2 billion that small power users (SPUs) in Soweto owed it at the end of the 2019 financial year.

Eskom later explained that R2.6 billion of the amount written off was debt that had prescribed and the balance (R5.3 billion) was non-compliant with the in duplum rule.

These amounts related to 10 166 households that buy their electricity directly from Eskom and was accumulated over 15 years.

Eskom normally charges interest at the prime lending rate plus 5%.

It says it was aware of the excess interest, “but because of customers continuing not paying their debt, a strategy to stop the capital debt from growing needed to be implemented first to avoid continual in-duplum and interest reversals or write offs”.

The utility is now moving customers to a prepaid system, and in doing that is analysing each account.

This write-off is only the beginning, since the power utility is dealing with the matter “in manageable batches”, it says.

It has also adjusted is billing programme to prevent a recurrence.

At the end of March Soweto’s arrear debt amounted to R12.8 billion. The good news is that the payment rate in Soweto has increased from 12.5% to 20.7%.

This huge write-off however raises questions about the integrity of Eskom’s bills to other clients who have fallen in arrears.

The Department of Public Enterprises reported to parliament that municipal arrear debt stood at R31 billion on July 1 this year.

During a recent meeting of energy regulator Nersa’s electricity sub-committee, officials and regulator members said the biggest portion of municipal arrear debt to Eskom consists of interest and penalties.

Eskom claims, for example, that the Maluti-A-Phofung municipality in Harrismith owes it R5.4 billion, of which R1.5 billion is interest. It is unclear how much of the amount owed is penalties.

Municipalities incur huge penalties if they exceed the notified maximum demand (NMD) agreed upon with Eskom.

NMD is the half-hour of highest demand during the month and Eskom plans its infrastructure according to that. If a user exceeds their NMD, it poses a risk to the network.

Large users, like municipalities, are expected to manage their NMD, but many municipalities fail to do that, claiming that illegal connections and electricity theft makes it impossible to stick to the agreed limit.

Eskom has for many years allowed municipalities to exceed their NMD and merely charged more and bigger penalties.

Maseti questioned during the meeting whether this is a revenue stream for Eskom.

In recent months Eskom has instituted “load reduction” at connection points where the NMD is regularly exceeded. It only supplies what it has been contracted to supply.

Nersa has been working on new NMD rules and has decided to publish new draft rules for public comment.

During the meeting Maseti suggested that the current set of rules with its punitive penalty regime be suspended until the new rules have been finalised. She further suggested that the rules also provide for penalties to be imposed on Eskom when it fails to supply the agreed upon demand.

No decision was taken in this regard.

According to Eskom, NMD penalties incurred by municipalities so far this year amount to R200 million. It is not clear how many municipalities have in fact been penalised.

And so the thieves win again. One has to admire how they use the law as leverage. They never had any intention of paying their debts and foisted the obligation onto to the taxpayer who will, once again, be bailing out Eskom. Now they have a clean slate to rack up a brand new multi billion Rand debt. Witness the ongoing symbiosis between Eskom and Soweto and an ANC-made impotent judicial system in action. Guess who will foot this bill?

Headline makes it seem they charged the households more than they should have for electricity, while in reality they just added unlawful charges on unpaid and long outstanding debt. Moneyweb, I am disappoint.

Not to mention the unlawful connections used to steal electricity.

Who cares, there is a no pay culture anyway.

90 % of Soweto residents do not pay for electricity, rates or water and then there is the massive problem of theft of services there as well.

Who pays for that?

It was reported in the Sowetan how residents of Soweto paid a group of electricians from Sebokeng to make illegal connections in Mapetla, Rockville, White City, Central Western Jabavu and Dlamini. They then placed whistles near the electricity boxes and when anybody sees an Eskom inspector they blow the whistle. The community members then come out and threatened the Eskom inspector to leave. They have also rejected the flat R150 fee per month because it is not affordable. “An elderly man said: “We are not ashamed of what we have done. Not ashamed at all. “Eskom failed us and we could not live in the dark forever. If they wish, they must come here and try to disconnect us. We will kill them. I am not joking,” he said. See article titled: “Soweto areas reconnect themselves to power grid BY PENWELL DLAMINI – 03 February 2020”

A society which has been conditioned on welfare state principles will only do what is natural for them and that is to accept goods and services as a Welfare Entitlement.

UBI, Cancellation of all state welfare program and flat transactional tax will ensure:
1) all persons are treated like adults
2) all services will be paid for by the users
3) tax monies would be collected in realtime

90 % of Soweto residents do not pay for electricity, rates or water and then there is the massive problem of theft of services there as well.

Who pays for that?

Things like this just fuel my absolute hatred of everything Eskom is and what it stands for !!!!

Hopefully a similar hatred for those that use electricity and don’t pay for it too.

Eskom is a parasitic monster that uses the national grid as tentacles to suck the cash flow and lifeblood from households and businesses to finance the lifestyle of ANC supporters in Soweto, Eskom employees, BEE tenderpreneurs and Luthuli House. The monopoly enables Eskom to abuse the national grid to tax clients through the elevated price of electricity.

The ANC used the SOEs to redistribute the assets of the nation. The unsustainable debt levels and the rating downgrades confirm that this process has reached its limits. The equity is gone, plundered, wasted, destroyed. Privatisation is the only solution now. These pathetic socialists have no option but to use investment indabas to beg capitalist investors to build the assets of the nation once again. Now they are begging WMC to bail them out of the hole they have dug for themselves.

Ever wondered why the ratings agencies do what they do?

Stupidity combined with stubbornness has a high price.

Shame,
And what about the R billions Escom had to write off (only for the taxpayer to pick up the bill) that the millions of Soweto residents UNLAWFULLY never paid for services rendered.Include UNLAWFUL cable theft, electriity theft – the list goed on.Shame.

If the in-duplum laws were also applied to Eskom’s debt I probably wouldn’t have minded it so much.

The In Duplum rule is hundreds of years old. Eskom is well within its rights to use this, however, that is a great point that they probably are overcharging the municipalities. Makes one think that the customers not paying is a much smaller issue than Eskom led us to believe. Also begs the question why haven’t prepaid meters been installed universally across the country???

Eskom is just another “fund raiser” for the gangster state. It is essentially a scam outfit that uses strong arm tactics to rob the citizens of S.A.

If everyone just paid for the power they use, would there even be a problem with keeping the lights on in South Africa? I highly doubt it. And electricity would likely be a lot cheaper too.

That will not solve the problem because a large amount of the money goes to corruption and massive salaries for employees at Eskom.

Basically, Eskom is stealing from us lay abiding citizens every day

“If everyone just paid…”
You are SO naive! For a start, foreigners in townships see no reason to pay when they can organise their own connections – and this I was told in person by a Zim lady and friends.

I was one of the people that had an amount fall onto his statement from heaven knows where and was threatened with disconnection and harm to my animals for refusing to pay it. After 2 years of this Eskom accounts misconduct it got rectified by head office. When I cancelled my connection due to change in ownership of the property I was still charged an estimate for the next 10 months with constant warnings of non payment. Eventually these estimates got cancelled but the interest on non payment stayed. I would like to see these criminals in the accounts department in jail for the hell that I had to endure for their misconduct.

Same as Telkom : You cancel and need to give 30days notice , but it takes 60 days for a “final” account and they charge for the 60 !!!(even though NO service has been provided for 60 days !)Like most I suspect, I just paid in order to get rid of them !!!