Eskom’s choice: Environmental compliance at R300bn or closure of 16 000MW

That is equivalent to more than half the capacity the utility had available during the evening peak on Monday.
By Moneyweb 15 Dec 2021  00:01 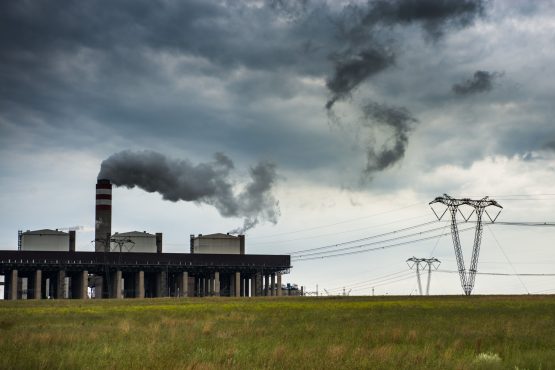 Emissions rise from a tower at Kusile Power Station in Mpumalanga. Image: Bloomberg

Cash-strapped and debt-burdened, Eskom has now been slapped with an obligation to comply with emission standards costed at R300 billion.

“This would have a significant impact on the economy and employment, particularly in Mpumalanga and Lephalale, and delay the country’s plans for a just energy transition toward a cleaner electricity supply,” Eskom says.

The only other hope is an appeal that will be decided in January.

Eskom said in a statement it is appealing various rulings of the Department Of Forestry, Fisheries And Environment (DFFE).

The department declined Eskom’s applications for the postponement of compliance deadlines at Matla, Duvha, Matimba, Medupi and Lethabo power stations.

Applications for Majuba, Tutuka, Kendal and Kriel were partially granted.

Those for the coal-fired Grootvlei, Arnot, Hendrina, Camden, Komati and peaking stations Acacia and Port Rex were granted. These are the oldest power stations, due to close down by 2030. Komati will be the first to close down its last unit late next year and will be completely closed before 2025, Eskom says. Acacia and Port Rex will reach the end of their 50-year life in 2026/’27.

Eskom says during 2019 and 2020 it applied for the postponement or suspension of the minimum emission standards (MES) regulations under the National Environmental Management: Air Quality Act or the setting of alternative limits at 16 of its power stations.

Read: Eskom: How does it stack up in the pollution stakes?

The applications followed extensive public participation and were based on, among others, the following reasons:

The disclosure by Eskom of this predicament now, a month later, comes on the eve of the announcement of Eskom’s financial results for the first six months of the current financial year and against the background of a controversial tariff application.

Eskom maintains that it applied for a tariff increase of 20.5% from March 1, but energy regulator Nersa says it could be much more.

According to Eskom its tariffs are not cost-reflective, and even with the 20.5% increase it will be left with a R29 billion deficit.

It has been filling the funding gap with loans, but its debt burden of around R400 billion is already far more than it can service.

Independent energy expert Lungile Mashele said at a recent webinar hosted by EE Business Intelligence that lenders are concerned about Eskom’s deteriorating technical performance and tariff turmoil as clashes with Nersa regularly end up in court.

None of @Eskom_SA’s coal power stations meet statutory minimum emission standards. The Dept of Env is now cracking down. With a DSCR of 0.28, the utility doesn’t have the cash to comply. Eskom’s technical, financial, environmental challenges intensify https://t.co/4sRcNTDNhl

WTF are these guys smoking????

Their newly legalised green stuff of course.
They had to make it legal you know!!

I am all for cleaning up but this is insane. Ship is heading for a reef but per regulations it may not change heading more than once per hour.

Why retrofit end of life plants? They spewed their stuff for 43 years, another 5 hardly matters.

Besides, at the rate Eskom breaks power plants, they halve emissions. An idle plant spews nothing, not even CO2

I only know that reducing emissions to acceptable levels is an often forgotten area of industry, particularly in SA with its draconian regulations but rotten enforcement. I bet that if maintenance of the actual power plants has been lacking, that of the emissions equipment was non-existent and the same for the experienced etc personnel needed.