Government continues to dither on the future of e-tolls, while payment compliance rates drop further.
By Roy Cokayne 13 Mar 2020  00:12 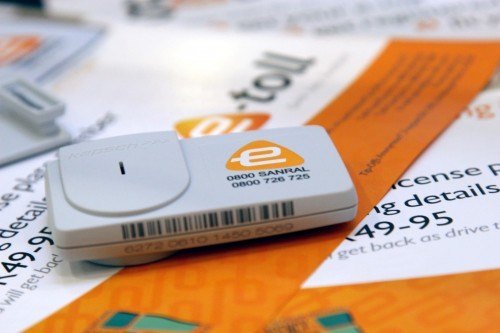 The one in five who still pay e-tolls are keeping the system on ‘life support’, paying a foreign-based company that is making money out of it. Image: Moneyweb

Electronic Tolling Company (ETC) has had its contract for the e-toll management of the Gauteng Freeway Improvement Project (GFIP) extended again, until the end of the year, as government continues to dither about the future of the controversial scheme.

The future of e-tolls is still up in the air despite government assurance in December last year that a decision would be taken at the first cabinet meeting this year.

The cabinet has already met three times this year.

SA National Roads Agency (Sanral) GM of communications Vusi Mona confirmed on Thursday that ETC’s contract has been extended by Sanral for a further nine months to December 2 “while the tender process is being concluded”.

Mona said National Treasury has granted an extension to the contract.

The tender process Mona referred to relates to Sanral confirming in November last year that it was evaluating the tenders it received for the continued management of e-tolls.

The tender was issued because Sanral’s existing contract with ETC was due to expire in December 2019.

Sanral subsequently extended ETC’s contract for three months in December when cabinet was deliberating on the future of e-tolls, with this extension expiring earlier this month.

Minister in the Presidency Jackson Mthembu on Thursday said he made a promise in December about a decision on e-tolls “thinking we would have discussed the matter”.

Read: Cabinet delays decision on e-tolls till next year

“I can assure you it will come to cabinet but we have not discussed it as yet,” he said.

Mthembu did not comment on why cabinet has not taken a decision yet.

Mthembu said in December that government was discussing the most appropriate options available, not only for the Gauteng e-tolls, but for improving the road infrastructure in the country generally.

“The decision that cabinet might ultimately arrive at might go beyond GFIP. I think you will be very proud of the options that cabinet would have agreed on,” he said.

Organisation Undoing Tax Abuse (Outa) CEO Wayne Duvenage on Thursday described the failure of cabinet to take a decision on the future of e-tolls as “madness”.

“They have been stringing the public along and taking the public for fools. They make promises and tell the public they will have an answer and they will resolve this matter before the elections and now we sit here and learn that the contract is extended until the end of the year.

“It appears there is no appetite to end this matter soon enough and they are just kicking the can down the road,” he said.

Read: Government has yet to make (or reveal) its decision on e-tolls

Duvenage said Sanral’s liability is increasing because of the non-payment of e-tolls but government is bailing Sanral out anyway by giving it an additional R1.9 billion a year, which is about the amount to settle the bond and its interest.

“The public are paying through taxes and one in five of them are paying a foreign-based company that is making money out of this,” he said.

Duvenage said Outa had initiated a court case but Sanral had stopped the court case and stopped issuing summonses.

“So now what? They are not enforcing when you don’t pay.

“Why they are in such a fix and can’t make a decision on this? It’s a very simple decision to make,” he said.

Duvenage added that e-toll payment compliance rates have bottomed out and it is “the last stragglers, the one in five, that are keeping e-tolls on life support”.

He said e-tolls will end when this group decides to stop paying because that is when ETC will ask the government to bail them out because they cannot pay salaries.

Automobile Association (AA) spokesperson Layton Beard said it is quite concerning to the AA that there is not any clarity on the way forward for e-tolls, particularly after being told by the transport ministry in August last year they would get an answer by the end of that month.

“There is definitely a mixed message coming from the government on the way forward,” he said.

Beard said a 21% compliance rate for e-tolls is extremely low and believes a lot of people are waiting to hear what the alternatives are for e-tolls and, in this vacuum, are continuing not to pay.

He said the AA’s own research points to the fact that people have taken a principle decision and said there is no way they are going to pay e-tolls.

The AA research revealed that more than 52% of motorists believe there is nothing the government can do to convince them to start paying their e-tolls, with 78.4% of motorists citing government corruption as the reason for this decision.

Beard believes this attitude will harden and the longer there is a lack of clarity from government on the future of e-tolls, the more it will become entrenched.

Don’t pay for anything that is corrupt.

They claim the same in Soweto..

The words ‘Government’ and ‘Decision’ can’t be used in the same sentence.

That’s right, kick the can down the road again. Same is done for all SOE’s etc. Why are we not surprised?

Don’t worry, the ANC will appoint a commission to further discuss etolls (in a 5-star hotel), then after days of everyone talking at huge length, will decide to postpone their decision for another year. What is it with these guys – love to talk; actually doing something, not so much.

mmmm…. by the time they get into the 5 star hotel … all will be infected with the Corona virus.
If we lucky … Corona will save some time.

Observation 2: known drainage of money to a foreign (Austrian) company for no logical reason,
=> corrupt deal.

Conclusion: Leadership does not want to correct the problem, thus is involved in corrupt agreement and is protecting itself.
=> Leadership failure due to corruption.

The feeding trough is deep and need more food !!!!

Just wait until they link it to your license disk renewal. Then I will tell you “I TOLD YOU SO!”

Why are we not surprised! It clear to see that governments only decision, on any and all matter’s, is indecision.

Hmmm…. Contract extended to end of the year. Follow the money = Reason why no decision on e-tolls has been made yet