Executive pay under the microscope 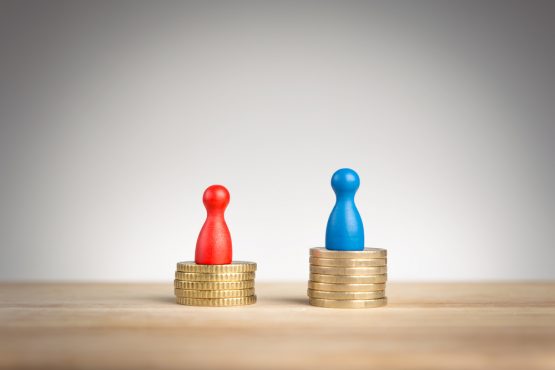 Executive pay remains one of the most discussed topics within remuneration. The relativity of executive pay compared to other staff members is placed increasingly under the microscope as the world is faced with more evidence that wealth inequality is continually on the rise. In 2017, Oxfam International stated that the world’s richest eight individuals held the same wealth as the poorest 50% of the world (3.6 billion people). The 21st Century 6-monthly Executive Pay Barometer interrogates data taken from the Johannesburg Stock Exchange (JSE) and provides a measure of transparency as to the trends seen within JSE-listed companies’ executive pay practices. Figure one indicates that executive directors within JSE-listed organisations enjoyed the largest annual increases in their total guaranteed packages, followed by chief financial officers. Chief executive officers received a median increase of 6.5%. According to the 21st Century Annual Increase report , the median increase of general staff employees was between 6% and 7% depending on the industry that the employee works within. This means that of the three kinds of executives detailed within table one, only chief executive officers received a median increase in their total guaranteed package that is below the upper limit of the general staff range. This means that the wage gap (difference between executives and general workers) continued to increase over this period except for the CEOs. Table two indicates the median total guaranteed pay of JSE-listed companies’ executives by company size.

Table two indicates that CEOs are paid significantly more than other executives across each company size. In contrast, executive directors and CFOs are paid similarly at the median. Extending the analysis to variable pay, there is a correlation between the size of the organisation and the percentage of the short-term and long-term incentives as a percentage of total guaranteed package. Variable pay is not guaranteed and is subject to performance conditions. As a result, there can be anomalies within this relationship as a result of personal and company performance. Table three details the median percentage of short-term incentives as a percentage of total guaranteed package (TGP).

Median percentage of short-term incentives as a % of TGP[1]

[1] % of TGP is where prevalence of short term incentives exists

Short-term incentives are paid out for a period of 12 months or less and therefore can be affected by a number of factors outside of individual performance such as economic performance, variations in demand and many other factors. Table three illustrates that the general trend is that the short-term incentive as a percentage of total guaranteed package is correlated with the job size. This is consistent with theoretical short-term incentive design which sees the target percentage increase as the grade of the job increases. Anomalies are present within the CEO and executive director medium cap sample; however, these could have been caused as a result of the conditions attached to the schemes.

Median of realisable Long Term Incentives as a % of TGP[2]

[2] % of TGP is where prevalence of long term incentives exists

This analysis assumes a three-year vesting period, which means that this realisable value is not attributable to a single year but rather represents the potential value of the executive’s current shareholding (assumed to vest over three years). There is a correlation between the size of the organisation and the median realisable long term incentive as a percentage of total guaranteed package. This again is consistent with long-term incentive scheme design principles as a larger percentage is targeted as the organisation size and job size increases.

It is important to note that ultimately, what is really important when designing an executive package is linking the pay mix to the desired outcomes of the business and ensuring that the total remuneration earned by the employee is in line with the company’s remuneration policy. The most recent 21st Century Executive Pay Barometer indicates that the trends within executive variable pay of JSE-listed executives is consistent with theoretical scheme design principles.

However, executive pay remains a contentious subject within remuneration circles as there are two sides to the debate. Those that support the current executive pay practices believe that those executives deserve their pay levels given their skill level and the accountability that they take for the sustainable performance of their business. Those that are against current executive pay practices believe that their pay ratio compared to that of general staff is excessive and should be reined in. This tension regarding what is deemed to be fair pay will ensure that executive pay will remain under scrutiny and that the debate will continue.

Bryden Morton is an executive director at 21st Century and Chris Blair is CEO of 21st Century.

The CEO’s, CFO’s, COO’s directors and executive directors are a money grabbing grouping of rather ordinary people who have an over imagination as to their real worth to the company. There are many companies quoted on the JSE who have been less than honourable in their dealings, from listerosis, the bread cartels. the Joshua Doore’s, now Steinhoff, over the last 20 years. Rewards for these management persons should be aligned with the shareholders and the awarding of truly disgusting share awards should be stopped

Seems the howls of protest from the unions fall on deaf ears.

Begs the question, how much is enough?

Executive pay needs a fish eye lense, not a microscope

‘median increase of general staff employees was between 6% and 7% depending on the industry that the employee works within’ – I do not think this factors promotions into account. A number of my friends in Junior/Graduate roles received promotions meaning they received a ‘salary’ increase of 20-30% as well as their 6% annual increase, or in some case they forfeited their annual increase as they were promoted to a new role.

I do agree with @pwgg that when is enough enough? But at the end of the day we are humans and ‘greed’ takes over. If you are not happy with the CEO, CFO, COO etc salaries, you do not need to be invested in their company. Identify a company that is inline with your salary expectations on what a CEO should receive but also take into account what CEO’s earn worldwide

Barclays Africa execs score another R156m for loyalty in selldown

Barclays Africa execs score another R156m for loyalty in selldown