The jump between stages was prompted by the failure of units at various power stations, including Kusile, Medupi and Matla.
By Moneyweb 27 Oct 2021  11:26 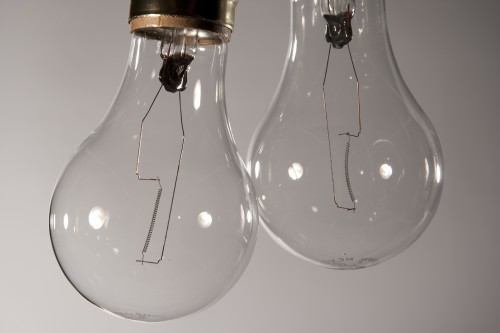 Eskom announced that it will move from Stage 2 load shedding to Stage four from 12:00 on Wednesday due to an increased shortage of generation capacity.

Eskom said that currently it is experiencing total breakdowns amounting to 14 957 megawatts (MW) and 5 301 MW of capacity.

The power utility noted that it expects two generating  to return to service today and for Koeberg unit 1 to begin ramping up to full output by Friday.

Read the statement below: if the power system is effectively controlled….then there should be no load shedding? the corner is getting smaller and the paint more for Oberholzer and De Ruyter…man up!so that we can get on with business.

There goes the last chance that SA had for any economic growth this year!!

And maybe stop exporting power to neighboring countries for almost nothing!!!

Agree thanks forgot about that.

Lol. Relax. After 2 hours of loadshedding, the electricity will be back on.

I really hope so! I read an article that all the nuclear physicists,technicians and others with a bit of savvy are leaving Koeberg?

Imagine how much loadshedding SA will have under the EFF *lol* Eskom will be stolen bare like VBS Bank, with zero maintenance, and almost all units down. Then SA will join dark Africa.

The CEO of Eskom is currently overseas at Cop26. He needs to return to duty and fulfill his responsibilities.

absolutely so true!…. no SA leader should be overseas while our land is “burning”!

The EFF is currently in la-la land. They need to wake up and smell the unemployment rate and the creeping sovereign default.

Sa is asking for $750b to fix the energy mess created by the previous prez (who your big cheese mucky muck was chommies with and “would die for”). What do you want to do? Sent an email? The CEO needs to look ahead and prepare funding.

Julius should be branded MINIZUMA. The apple is still hanging in the tree.

Electricity is racisssss… cut it off

Wow! Aren’t we lucky to have a Cyril.

He can create jobs without electricity. In the dark!!

The only nice thing is the higher the level of load shedding the more people go of the grid and the less money these useless thieves make and hopefully the quicker they go totally BUST!!!!

Squirrel and Juliesarse — What a combo !!!

I guess this what living in the “Dark Ages” feels like. God please give us our Elightenment moment soon.

I meant our Enlightenment moment.

That will take 2 knees not just 1.

Do you wish to make more promises now?

All the credit must go to Jacob Zuma & friends. They plundered Eskom and now Mr. Zuma is on “medical parole” wining & dining in casino’s with his friends…

Good morning, yet again Eskom is letting us down now Stage 4, now we have to wonder and ask, but assume we will get the party line Sorry Maintenance is falling behind in fact it was Never Done. With these outages Eskom is running Peaker’s, the question is off course what price are they paying per liter for diesel is it ex refinery????????????? or at what cost. One can only assume that all the power station managers who are responsible for the lack of performance is getting a bonus or a Range Rover???. One note that units at Medupi and Kusile is out how can this be these Power Stations are brand new and cost the tax payer billions and billions and are the single reason for the parlous financial position Eskom finds itself in.

Are we seeing the collateral damage of ANC faction fighting ahead of the elections?

ANC is going to take a beating on Monday

Nope, we light skinned saffas will be blamed for all eternity. Works everytime and is fuelled by left wing western media. It simply can’t well.

Lekker man lekker.
Is this the final stage before a total implosion ????

And Koeberg is having technical experience resigning in droves.

Haha…loadshedding before elections…sweet justice. The ANC can sweep the streets clean but they can’t sweep clean the theft and incompetence.

Not long to go before we are back in the dark ages fighting off land invaders with spears and sticks, and using flint stones to start fires for cooking and warmth.

Thats where they want us.

Mafia state , wish i d left in 1995 when i wanted to
Africa = Selfdestruction

I know this is going to sound bad…. but there comes a time where we need to take advantage of calamity…. is there an industry or stock that climbs as a result of load shedding? if so lets find out what it is so that we can profit of incompetence.

Otherwise it will be more of the same. The same pain.

Soon we will require schedules to show us when electricity(First world miracle) will be available. My municipality/mafia group is already having 3 – 7 hrs of power cuts outside the EKSDOM’s power cuts.