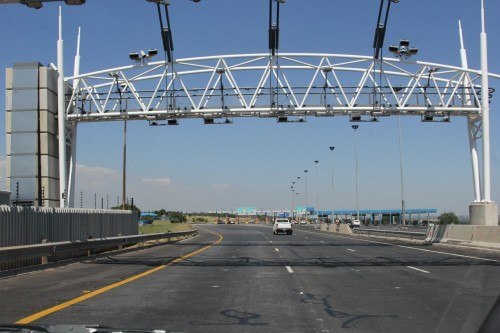 Moneyweb has learnt that the High Court in Pretoria in January issued the first default judgement for the non-payment of e-tolls.

A warrant of execution has already been prepared and can now be issued for the sheriff to seize the debtor’s property and sell it in order to raise the funds if the debtor fails to settle the judgement debt.

This follows extreme consumer resistance to electronic toll collection of key freeways in Gauteng. Government has reduced the toll fees considerably, but has nevertheless not been able to get mass support for the system as large numbers of road users continue to refuse to pay up. There have been many questions about the ability of the South African National Roads Agency (Sanral) to enforce e-tolls and this judgement is the first sign since the implementation of the system in December 2012 that those who refuse to pay might actually be brought to book.

According to Sandton attorney Anton Burger, a default judgement is the normal outcome if a debtor fails to defend a matter or fails to lodge a plea once he has indicated an intention to defend.

Legal expert Prof Marinus Wiechers says e-toll defaulters should take note that they can be brought before the court. He says since the burden of proof was on Sanral, it was clear that the High Court was satisfied that the proof Sanral submitted was sufficient to justify a ruling in its favour. He said a precedent has now been set, and this judgement has therefore paved the way for many more.

The court ordered an Alberton closed corporation; One Stop Building Supplies CC to pay its outstanding R436 407.57 e-toll debt incurred “on multiple occasions between August 3 2013 and August 31 2015 both dates inclusive”.

It was further ordered to pay interest at the rate of 10.25% as well as the relevant sheriff’s fees.

According to documents before the court, the summons was served on the owner of the business Mrs Naomi Strydom on October 25 last year, but One Stop nevertheless failed to defend the matter.

Moneyweb’s numerous efforts to get hold of Strydom were unsuccessful, but a Companies and Intellectual Properties Commission (CIPC) status update, made earlier this month, indicates that the CC is under voluntary liquidation.

That means that Sanral will most probably have to stand in line like most other creditors to get its share of the liquidated assets of the business.

In response to the judgement, Sanral said it has an obligation to collect monies due in terms of the Public Finance Management Act (PFMA).

It said the Gauteng freeway network accommodates 1.49 million vehicle trips per day or 1.7 million people per day. “Importantly, just over 1.3 million vehicles currently have an account with an e-tag, in good standing. In total over 1.4 million vehicles are tagged. Currently in the Violations Processing Center (VPC) there are just over 2.9 million accounts with a balance owing, however 1.2 million thereof owe less than R500 each.

“Finally, 78% of light motor vehicle owners in Gauteng pay less than R100 a month to travel on the GFIP – of these, 44% will have regular e-toll bills smaller than R25.”

Sanral said it is still engaging with the Organisation Undoing Tax Abuse (Outa) about a possible test case and the public will be informed when the parties have agreed on the way forward.

We trust that the Honourable Judge asks for a definition of the meaning and result of the so called “highway improvement project” because there’s none, the traffic is standing still, so for what improvement are we paying for, for more trucks & cars standing waiting on the highway? and or motorist drowning in their cars because sanral did not build proper storm-water drainage facilities. Please Your Honourable ask these questions, since there’s a 100% chance that you could be stuck in the same that we endure daily.

i think the original reason for public disobedience has been forgotten :
the gantries were an unnecessary multi billion expense built soley to extort more money for the Anc cabal
the payment for the upgrades could easily have been paid out of a fuel levy
but the cabal just never has enough cash for bling and paying off their uneducated and lazy supporters that keep them in power

“The court ordered an Alberton closed corporation; One Stop Building Supplies CC to pay its outstanding R436 407.57 e-toll debt incurred “on multiple occasions between August 3 2013 and August 31 2015 both dates inclusive”.”

Now when exactly did e-tolling begin again, not August 2013?

When the gubment wants your money THEY WILL GET IT!! Politics 201