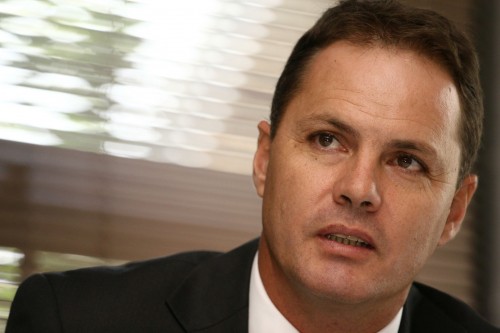 With gold the only commodity seemingly immune to the perils of a price decline, miners are keen to share ideas on how to survive the storm. Junior miners, possibly feeling the most pressure, had a rare opportunity to get advice from experienced industry players on how to survive the downturn at the Junior Indaba, held at the Johannesburg Country Club, on Wednesday.

Here are five pearls of wisdom from that session.

While the current climate is difficult, it does present opportunities. Sibanye CEO Neal Froneman said junior miners could take advantage of the many assets being put on the market, not because they are not viable, but because major companies are restructuring their assets to focus on their core operations.

“It’s still going to be while before we see a major uptick in the cycle but, in the meantime, there will be many opportunities,” said Froneman. “In the boom times, companies build capacity and they normally do that with debt and end up with highly leveraged balance sheets and the way they solve that is to dispose of non-core assets. But these are assets that probably still have good life and you can acquire them cheaply if you’re nicely positioned.”

This has been Sibanye’s strategy of late, having bought Anglo American Platinum’s Rustenburg mines as well as Aquarius Platinum whose operations are in close proximity allowing the company to exploit the synergies between the two companies.

But he highlighted that the strategy was about value creation, not commodity diversification, adding that, unless an acquisition made sense in terms of improving cash flow per share, the company should not go through with it.

Whether it’s investors or operational partners, the speakers stressed the importance of working with the right people. Tony Harwood, CEO of Montero Mining and Exploration, said companies should not be afraid to link up with good quality partners where it made sense to do so, even if it meant merging, because survival is the priority. If companies came out of this period, he said they would be well placed to achieve much bigger things when the tide turned around.

With investors, he said to strike a healthy balance of long-term funders and retail investors, because both served an important purpose.

“You also have to choose the right exchange,” said Harwood, stating that certain projects would not generate any interest from investors in one part of the world, but a lot in another. “Australia likes West Africa and East Africa. Canadians like West Africa, London loves Africa in general but just for providing debt as opposed to contributing equity towards projects.”

Find the best people and look after your workers

DRD Gold CEO Niël Pretorius praised his team of metallurgists and engineers, who together have managed to extract value from mining the lowest quality ore bodies in the country.

He also said much of the company’s success had come from taking care of its workers because, at the end of the day, “these are the people who pay your salary.” And, because of that, he said it was important to make sure those people were fairly paid, kept healthy and had respectable living conditions, among other things. They also needed peace of mind, which is why issues like emolument attachment orders need to be resolved.

But he did not mince his words about lawless behaviour. He warned against buckling to pressure of unsustainable wage demands from organised labour and warned never to tolerate illegal strikes because anybody willing to break the law could would easily renege on any contractual agreement made during those same wage negotiations.

Said Pretorius: “Because I was appointed into this position with relatively little experience and because I was relatively young, I try to avoid making a decision under pressure. You can’t make a decision as to the wages you can afford when you’re three weeks into a strike, because you will make concessions that will mark the beginning of a slow crisis.”

The other important thing is to manage finances very carefully and to remember that cash is king.  Harwood said to never refuse cash from anybody no matter where it came from – as long as everything is legally above board – because mining is an expensive business.

Richard Linnell, who is a non-executive chairman at Acrux Resources, said to avoid expensing anything that did not have to do with direct operations. Entertaining clients, and fancy cars should be put on hold until the mine was profitable.

“Rather spend the profits, instead of spending the costs,” he said

When DRD Gold started out, Pretorius said they realised that the only money they would be able to spend was money that they generated themselves because there was no capital raising, nor was there a loan. So they had to make enough money to cover their capital expenditure. Today, the company has gone nine years without withholding a dividend or using an overdraft facility.

Know when to get out

When it comes to exploration, the key thing is to know when to get out. Chairman of Pangea Group Rob Still said it was far better to have many small failures on the way to the rare successes. In his experience, only one in seven projects bore fruit, so it was vital that junior explorers knew when to move on to the next endeavour.

“You should set phases, and know what constitutes success for each of them,” said Still. “And, if at any point you don’t achieve it, get out.”

He said the average mine was put into production by the seventh owner, which meant many people had to fail before getting the project across the line. For this reason, he encouraged juniors to look for projects that were almost there rather than starting from scratch.