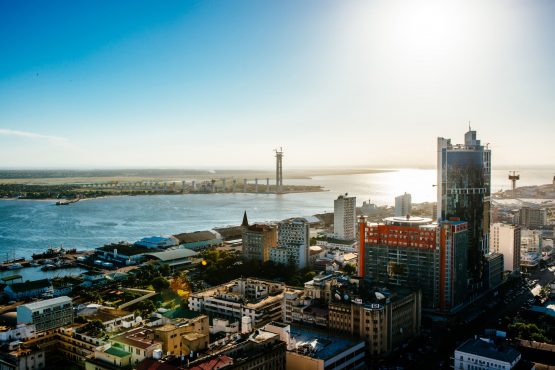 In an important new book, South Africa’s foreign policy performance over its first quarter-century democratic governance is put under the spotlight.

Professor Eddy Maloka, CEO of the African Peer Review Mechanism, surveys South Africa’s performance in an incisive, accessible, credible account of how and why the country has acted in regional and global affairs.

Professor Maloka, a historian by training, is both a scholar and a practitioner of South African foreign policy. In addition to his years of research, writing and teaching, he also worked in national and provincial government. He served as a special advisor to South Africa’s foreign minister between 2009-2016.

His latest book – When Foreign Becomes Domestic: The Interplay of National Interests, Pan-Africanism and Internationalism in South Africa’s Foreign Policy – is constructively provocative. The book, he stresses

is written for students of international relations, practitioners whose hard work in our diplomatic service is not always appreciated, and the public interested in the intricacies of South African foreign policy making and implementation.

Maloka argues for the benefits of taking a long-term view of foreign policy trends and principles. And based on his own rich experience in public service, he also urges greater efforts to bridge the worlds of scholarship and the hard work of diplomacy.

I agree that ways can – and should – be found to foster closer working relations between academics who study and teach about foreign policy and the women and men with the responsibility to act on behalf of all South Africans in world affairs.

But it may be more difficult than many of us might hope.

This is perhaps best illustrated in the chapter National Interests and Human Rights – the most thought-provoking and timely in the book in my view.

South Africa continues to be an open and often fractious democracy, where no one is above the law. Protecting this fundamental equality and freedom lies at the heart of human rights concerns of citizens. In my view, it should also be the lodestar of foreign policy.

Yet conflicts arise, often with global partners, who don’t share South Africa’s democratic commitments. In a world of sovereign states, cooperation requires compromise. Sustaining and advancing African solidarity can also be contentious domestically. This is especially so when principles of human rights are, or appear to be, at risk.

The activism of domestic human rights constituencies in all three cases have been criticised for undermining long-term Pan-African solidarity. This is a view Professor Maloka shares. Yet he concludes that these are surely all issues that justify the book’s title: When Foreign Becomes Domestic. Each ignited lots of domestic controversies that bedevilled policymaking. They also complicated South Africa’s pursuit of Pan-African solidarity.

Only one of the three issues is actively contentious; Bashir is out of power and the Dalai Lama is slowing down and less involved in world affairs. But South Africa’s withdrawal from the ICC, still deserves the kind of informed public debate, which the author encourages.

The need for nuance

I believe Professor Maloka is correct to criticise those who simplify foreign policy by treating any state – especially South Africa –- as a “unitary actor”. This is certainly the case in the area of human rights where domestic stakeholders are especially active.

And he is rightly concerned that the country shouldn’t overlook the role that its diplomats play as actors in their own right on the frontiers of foreign policy, in a rapidly changing and often contentious world.

And the fact that back home there are the frequent difficulties of coordination between the presidency, the foreign ministry and the headquarters of South Africa’s governing party, the African National Congress.

He also is critical of anyone who breaks down South Africa foreign policy into distinct periods according to the leader of the moment. For example, in a chapter on The Decline of South African Foreign Policy, he argues Jacob Zuma’s first term continued many activist policies in Africa and beyond.

This was despite the shock of a global economic crisis which erupted after the meltdown in financial markets in 2008. These events were beyond South Africa’s control. Only in Zuma’s second term did corruption and abuses of governance threaten to undermine constitutional projections and the rule of law.

Professor Maloka encourages the reader to consider how difficult many of the choices and trade-offs are that governments have to take to advance the national interest. Many are also constrained by time, information, money and power.

He recommends that scholars should have greater access to better government record keeping and archives. This could potentially be helpful on a number of fronts. It could allow academics to uncover missed diplomatic opportunities to prevent or resolve competing objectives abroad. It could also open the door to engaging domestic stakeholders in helping balance competing interests and values when setting policies in the national interest.

Who gets to play?

Professor Maloka has rendered an important contribution by spelling out his three pillars of South African foreign policy: national interests, pan-Africanism and internationalism.

But his hope that foreign policy can become more tightly run to protect and advance South Africa’s “national interest” begs the question of who gets to play in a vibrant diverse democracy.

Civil society played a crucial role in the anti-apartheid struggle, at home and abroad, and human rights should remain a vital issue of national security and decency. So too do trade unions, business leaders, and party activists, among others.

If South Africa can remain faithful to the ideas and ideals enshrined in its human rights focused constitution, it can show to others the value of checking abuses of power at home and abroad.

Fact is that the envoys to the different countries are most often those cadres who have been caught out a too often and have to be moved oversea for a break!!

ANC foreign policy:
“The ANC is yet to meet an anti-western despot it does not like” — Cato Institute.

Lol, no one is above the law? We have a law for the ordinary person and another for government entities, employees and ANC politicians. How many government politicians and employees jailed for corruption? Walk into any about any state hospital and see if health and safety legislation is being adhered to.

Didn’t know we actually had a foreign policy….other than maybe cosy up to all the world’s losers and to irritate all the powerful and successful nations