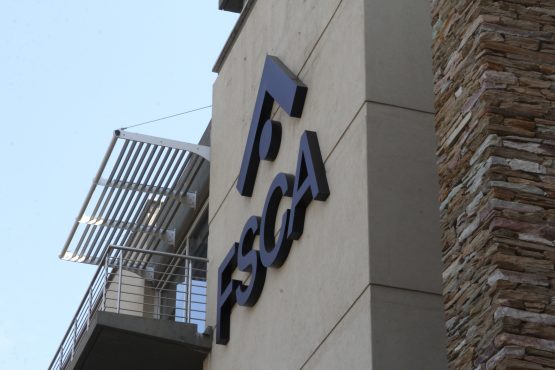 In the first official action taken after an investigation that began more than half a decade ago, the Financial Sector Conduct Authority (FSCA) has fined Carrick founder and CEO Craig Featherby R800,000.

The fine relates to Featherby’s role as a key individual for deVere Investments South Africa between 2009 and 2014. The FSCA has been investigating deVere since at least 2016 (when the regulator was still the Financial Services Board) over concerns the firm breached a number of financial sector regulations.

These included whether deVere had been overseeing the movement of funds into unregulated collective investment schemes and was charging fees it did not disclose.

‘After due consideration of the facts and evidence gathered, the FSCA found that Featherby, who was the key individual [KI] of deVere during the period 12 February 2009 to 30 April 2014, failed to comply with paragraph 42(1) of the Determination of Fit and Proper Requirements for Financial Services Providers, 2017, published under Board Notice 194 in Government Gazette 41321 of 15 December 2017,’ the FSCA said in a statement.

‘Featherby did not ensure that he had the operational ability to effectively manage and oversee the financial services-related activities of deVere as required of KIs in the above-mentioned regulations.’

The investigations into deVere were prompted by a number of complaints against the firm, some of which were supported by former deVere employees. The FSCA indicated to deVere in 2019 that it intended to take extensive steps against it.

However, deVere sold its South African business to Brite Advisors in late 2019 before any formal action was taken.

Featherby was the divisional manager for Africa at deVere for most of the time the business operated in South Africa. He left the company in 2014 to form Carrick Wealth.

He added that the process had taken a long time because there were many legal issues on which the FSCA needed to take advice, and the investigated parties had requested extensions for submitting replies. The investigation itself is, however, complete.

In a note following the FSCA’s decision, Carrick Wealth said:

‘At all relevant times, Mr Featherby’s role at deVere was to oversee macro-level business initiatives, and he had appointed officers to manage micro-level issues such as technical and regulatory compliance. Findings have not been made against these individuals.

‘However, in recognition that leadership must ultimately take responsibility for a company’s shortcomings, and in a desire to move on and concentrate on his current role, Mr Featherby has agreed to abide by the FSCA’s order that he personally pays an administrative penalty of R800 000.

‘Mr Featherby hopes that his decision to avoid a lengthy appeal process and not to reopen an investigation into a firm at which he last worked seven years ago — and which has subsequently been sold by its owners — will allow him to focus his attention on Carrick Wealth.’

I worked for those deVere geezers in Dubai for a while. Nutty firm.

The original operational ability requirement that applied from August 2006 ( S 4, BN 91 of 2006) makes no mention of the oversight of the financial services being rendered.
This was repealed and replaced by BN 106 of 2008 effective from 31 December 2008. S 8(8) provides as follows:
A key individual, in respect of an FSP, must have and be able to maintain the operational ability to fulfill the responsibilities imposed by the Act on FSPs, including oversight of the financial services (regarding the giving of advice and rendering of intermediary services) provided by the representatives of the FSP.
The requirements of BN 106 of 2008 were applicable for the period February 2009 to April 2014 – the period Featherby was found to have been at fault
This BN was repealed and replaced by BN 194 of 2017 effective from 1 April 2018. S 42(1) provides as follows:
A key individual must have the operational ability to effectively manage and oversee the financial services related activities of the FSP or juristic representative and the financial services in relation to the financial product for which the key individual was approved or appointed.
The Board Notice (106 of 2008) that applied at that time has been repealed. How is it possible to find someone guilty of non-compliance with a future regulation, i.e. S 42(1) of BN 194 of 2017 – as the FSCA have done formally?
The finding seems to be fatally flawed and an appeal should be lodged – hopefully to be heard by Judge Harms

Is that you Craig?

I notice Craig is not a KI nor a Rep on Carrick Wealth. Probably learnt his lesson from deVere issues or just can’t tick that fit and proper box – specifically the honesty section.

Thank You !!! F S C A for your tenacity and perseverance in going after many a problem company!!! It’s nice to finally see the consumer get help!!