South Africa’s only high-speed rail network is drawing up a multibillion rand plan to expand outside Johannesburg and Pretoria, joining a potential bonanza of infrastructure projects the government says are key to reviving the economy.

A proposal for the venture is awaiting sign-off by the National Treasury, William Dachs, chief executive officer of the Gautrain Management Agency, said in an interview. Investment and loans would come from a mix of private investors and state institutions such as the Development Bank of Southern Africa, he said.

“Cities that do not plan around public transport suffer great financial and economic consequences,” said Dachs.

South African President Cyril Ramaphosa has placed infrastructure at the heart of his plan to revive an economy devastated by the coronavirus pandemic, under-investment and corruption. He sees the government spending R100 billion on various projects, with the aim of attracting 10 times as much private investment within four years.

His plans include the privatisation of some older railway systems and routes, which have struggled with years of mismanagement, vandalism and theft.

The Gautrain expansion would add a further 150 kilometres of track to the existing 80-kilometre network, connecting more remote destinations such as Soweto, which has a population of about 2 million people. The township was separated from Johannesburg during the apartheid era, when the White-minority government created settlements for Black people away from major cities and places of employment, while failing to provide adequate public transport.

Ramaphosa’s infrastructure initiatives — including the Gautrain expansion — would help to ease South Africa’s chronic unemployment problem. The number of people with jobs in South Africa fell to the lowest in nine years in the second quarter, while more than 20 million people are classed as economically inactive.

The Gautrain, whose operator has shareholders including French rail group RATP Dev, was built as part of South Africa’s preparations to host the 2010 soccer World Cup.

The transport system has an excellent punctuality record and minimal security incidents, according to Dachs. Every rand the government has invested in the group has made a return of at least double, he said. The rail company is named after Gauteng province and the name translates as ‘golden train,’ a reference to Johannesburg’s 19th century origins as a gold-mining town.

If you build it, will Sowetans pay for it?

Whaahaha……what a freaking joke.
Gautrain is not even sustainable now and requires massive subsidies (from the motorist and the tax payer)
Based on Soweto’s record of electricity payments who do you think will ultimately pay for this?

The same way these citizens pay for electricity.

“Investment and loans would come from a mix of private investors and state institutions..”

This will never happen. The coffers are bare. The original version of the train will never be economically justified, but there is no money to subsidize the expanded version.

This is also of course the same Dasch who reckons we motorists are paying too little tax – to fund his exorbitant salary. ‘Tsek.

New version of train may be considered …new operating model involving Gautrain paying taxis to roll on and roll off.

The taxi industry is bound to sabotage such a move. One group does not even tolerate another operating on it’s routes. We’ve even heard reports of passengers being forcibly removed from private vehicles for not using taxi’s. Don’t forget that the Rea Vaya system had to be handed over to taxi bosses for fear of retributions. And how behind is SA that it needs French rail group RATP Dev to develope a railway system between JHB and Pretoria. Afterall, it’s not rocket science, we’re not going to Mars. Trains have been around for over 200 years.

Pipedream in the current economic climate

The gautrain should be like in the European cities where it is always expanding to include new neighborhoods. 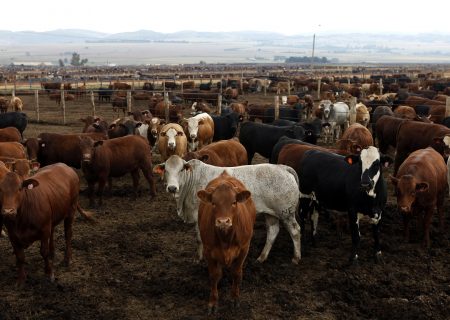