South Africa’s 2019 energy blueprint, which is currently under review, envisions coal accounting for 59% of electricity output by 2030, down from more than 80% currently.
By Paul Burkhardt, Bloomberg 10 Jul 2022  00:28 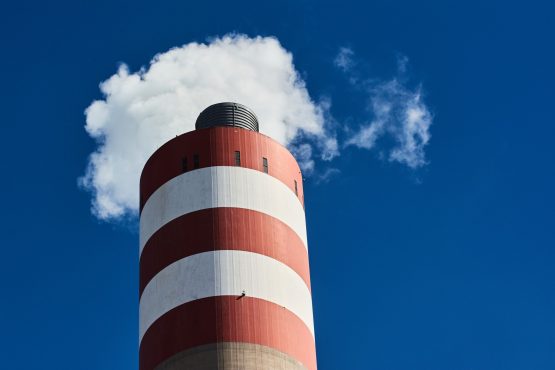 In the rolling hills of South Africa’s Mpumalanga province, hundreds of builders, welders and engineers are putting the final touches to a gigantic new power station that’s set to burn as much as 15 million tons of coal a year until it is eventually shuttered in 2073.

The 4 800-megawatt, dry-cooled Kusile plant and the almost identical Medupi facility, which was completed last year, will be key to meeting demand for energy in a country that’s been plagued by rolling blackouts since 2008. Environmentalists however caution that their continued operation will be a major impediment to South Africa meeting its commitment to eliminating greenhouse gas emissions on a net basis by 2050. “It absolutely doesn’t make any sense to invest in mega coal-fired power stations in the face of a climate crisis when we should be focusing on a just transition to renewable energy,” said Melita Steele, interim program director for Greenpeace Africa, whose members chained themselves to Kusile’s entrance gates more than a decade ago to try and halt its construction.

Kusile and Medupi, owned by state power utility Eskom, have been plagued by labour unrest, mismanagement and equipment defects from the outset, resulting in a succession of delays that have exacerbated electricity shortages. Both plants were approved in 2007 and were scheduled to be completed within eight years at a total cost of 163 billion rand ($10 billion). The likely final price tag has since ballooned to about R464 billion, including interest costs during construction.

Eskom has meanwhile accumulated R396 billion of debt, stemming mainly from its funding of the new generating capacity, and it depends on state bailouts to survive because it doesn’t generate enough income to cover its operating and interest costs. Decommissioning its two newest plants early or pulling the plug on Kusile’s last units due to become commercially operational by 2024 would add to its financial woes, and it would in all likelihood fall to the government to make up for any forfeited revenue.

“Most of the work is done,” and Kusile’s limited output is already benefiting the country, Zandi Shange, Eskom’s general manager for projects, said on a tour of the plant near the town of Delmas, about 107 kilometers (66 miles) east of Johannesburg, as beeping trucks offloaded coal behind her. Almost 20 000 workers were employed at the plant at the peak of the construction period, but that number has fallen by

While Kusile, which means “the dawn has come” in the Ndebele and Siswati languages, is the country’s first plant to be fitted with a flue gas desulphurisation unit that reduces its sulfur dioxide output, Greenpeace and other environmental rights groups have estimated it will still emit 36.8 million tons of carbon dioxide a year. It will also produce vast quantities of ash, mounds of which were seen piled up next to the plant. Eskom said its license only requires it to report on particle emissions, sulfur dioxide and nitrogen oxide and it doesn’t have other accurate figures.

Coal will be trucked to Kusile until supply contracts that have been under negotiation with nearby mines since 2008 are fully concluded, and then conveyor belts will be built to bring it in directly, according to Snehal Nagar, acting general manager for the utility’s primary energy division. Stockpiles of coal in a storage area at the Kusile coal-fired power station.

South Africa is the world’s 13th-biggest emitter of greenhouse gases, with Eskom’s 15 coal-fired plants the leading contributors. Under an agreement announced at the COP26 climate talks in Glasgow in November last year, the US, UK, Germany, France and the European Union agreed to secure $8.5 billion to help South Africa transition away from the fossil fuel and reduce its emissions.

South Africa’s 2019 energy blueprint — which is currently under review — envisions coal accounting for 59% of electricity output by 2030, down from more than 80% currently. About 18 gigawatts of Eskom’s older coal capacity is scheduled to be shut down by 2035, with Kusile and Medupi the only other remaining plants that use the fuel expected to still be operational by 2050.

While the government has taken measures to bolster the production of green energy by private producers, including relaxing licensing provisions, the process has been dogged by delays and legal disputes. The South African National Energy Development Institute, a government research unit, estimates that more than three times the amount of renewable power generating capacity will need to be developed to replace retired coal plants.

Greenpeace’s Steele sees no option but to accelerate that process.

“We continue to maintain that Kusile shouldn’t be completed and if it is finalised, it absolutely can’t run for its expected lifespan,” she said. “We really need to be including these new coal-fired power stations in plans to phase out coal.”

Not to worry : by 2030 a third of energy consumed will come from solar – the private kind, not the grid-supplied kind.