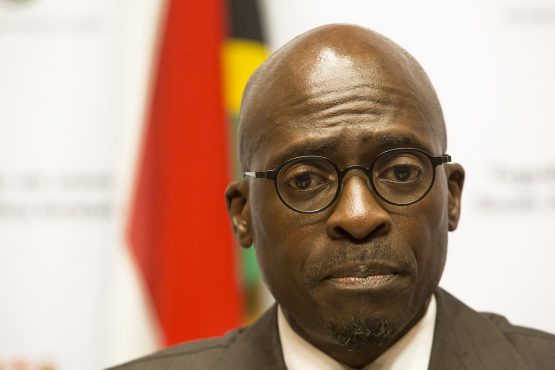 JOHANNESBURG – South African Finance Minister Malusi Gigaba said on Friday he was worried about the influence of a wealthy family accused of using its friendship with President Jacob Zuma to secure contracts with state-owned companies.

Gigaba is close to Zuma and seen as an ally. He took office after Zuma fired highly respected finance minister Pravin Gordhan in a March cabinet reshuffle.

Singh, the Gupta family and Zuma have denied any wrongdoing.

“Like all South Africans, I am very worried about them and I think we need to establish fact from allegation,” Gigaba told the Cape Talk radio station when asked about a slew of leaked emails that have detailed the Gupta family’s business dealings.

“The allegations are quite damaging to the investor perceptions, as well as ratings agencies, of the governance of our state-owned companies,” Gigaba said.

He also said he supported the establishment of a commission of judicial enquiry, called for last year by South Africa’s top anti-graft watchdog, to investigate the mounting allegations swirling around the family.

A number of international companies have been drawn into the widening scandals, including Germany’s SAP and Software AG, and global consultancy McKinsey.

Suddenly you have blood in your veins?

So how big was your bribe to accept the post! All just smoke screens from a Gupta Puppet!!!

You are not alone, there are 55 Million South Africans thinking the same.

Welcome to the team, please help us.

Freeze ALL their assets pending an investigation … by placing them under judicial management/ administration.

if even 0,01% involved illegality, sequester 100% of what is left to sequester, (considering there’s rumor of massive Capital & Asset flight already taking place)

Take action & we will consider you somewhat credible …

What you do thereafter will either build or destroy whatever credibility you have built up to that point.

The Guptas could well save the country if they testify about the depth of corruption in the ANC. I’d offer a reduced sentence in return for complete disclosure. Heads must roll. Jails must be filled. NOW you can worry about the Guptas, Gigaba.

Next, you will be telling us that you did not know that your buddy from Transnet and Eskom was not on the take. Also you were the one that approved the citizenship for the Gupta’s.

Worried about them or worried for them.You started the rot by giving citizenship and being a frequent visitor at Brians favourite watering hole.Now that the wheels are turning and you cannot rely on your own networks to sustain you through for the next 20 years,suddenly you want to grow a spine.Maybe Dubai could also be a option

I wander how big a pension payout Singh will get?