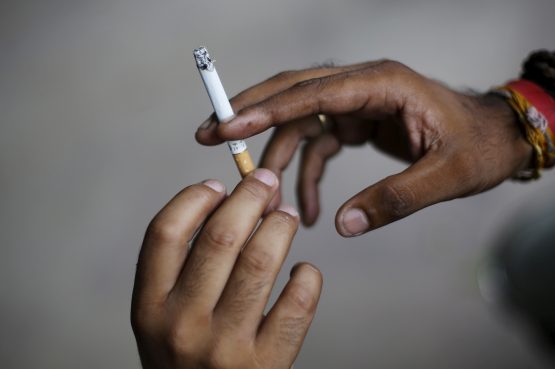 South Africa’s government won a legal battle challenging a ban on tobacco sales in the country that was imposed in late March as part of lockdown rules, meaning stores won’t be able to sell cigarettes until further notice.

Cooperative Governance and Traditional Affairs Minister Nkosazana Dlamini-Zuma had “a firm rational basis” to include the prohibition of cigarettes in regulations designed to help curb the spread of the coronavirus, the High Court in Pretoria ruled on Friday. Adequate medical evidence exists linking smoking and more severe forms of Covid-19 to justify the move, according to the judgment.

“This in our view is a properly considered rational decision intended to assist the state in complying with its responsibilities of protecting lives and thus curbing the spread of the Covid-19 virus and preventing a strain on the country’s health-care facilities,” the court said.

The ban has emerged as one of the more controversial aspects of South Africa’s ongoing lockdown to contain the coronavirus. The restrictions remain in place even after the retail of all other goods have been reinstated. That includes alcohol, which went back on sale for four days per week from June 1. South Africa has adopted a phased approach to reopening the economy, considering sectors on a case-by-case basis.

The legal claim was brought by the Fair Trade Independent Tobacco Association, which represents smaller local manufacturers, and was dismissed with costs.

British American Tobacco Plc, which sells Peter Stuyvesant and Dunhill cigarettes and says it has a 78% share of the legal market, initiated its own legal proceedings alongside Japan Tobacco Inc. late last month. That case, which was initially scheduled to be heard in Cape Town next week, has been postponed until August.

FITA said that tobacco should be declared essential due to its addictive nature, an argument the court rejected.

“Simply because a good is addictive it does not necessarily follow that it is therefore necessary for human survival or required for basic human functionality,” the ruling said.

Lockdown lawsuit
The government scored a second legal victory in the High Court in Cape Town, which dismissed a challenge to the validity of the lockdown rules that was filed by eight individuals on the grounds that they were inconsistent with the constitution.

The inconvenience and discontent the regulations caused had to be weighed against the imperative to save lives, and were considered justified under the circumstances, Judge Rosheni Allie ruled on Friday.

More than 100 other challenges to the legality of the rules and the nation’s Disaster Management Act, which underpins them, are still pending.

South Africa has had 124,590 confirmed coronavirus cases so far, the most in Africa, and 2,340 people who contracted the disease have died. The number of infections have surged since the start of the month, when the government eased curbs to allow millions of people to return to work.

Well done courts: secured some more generational poverty due to the loss of livelihoods associated with salaries and taxes derived from tobacco sales. Well done. Now we sit back and wait for government to blame the poverty on systemic racism and lack of reform, and to use it to push ever stronger for expropriation without compensation and NHI. This will surely happen.

Good-bye the myth of the independent, rational judiciary.

Am I wrong, seems the Cape town High Court favors the ANC, and the one in Pretoria is more just.

And Mrs Z is smiling all the way to the bank.

The simple answer to this, is for the government to allow smoking but to use increases in tobacco tax, to reduce the ability of smokers to smoke, whilst earning tax revenues and preventing illegal trade.

Not a problem. We all still smoke and the government don’t get any tax from us.

2) Many allegations have been made about the link between certain high ranking officials and the illegal cigarette trade. If they are true, then you are feeding them directly with each ciggie you smoke.

This is true.
It feels like a matter of principle to me now to withhold/deny/reduce all or as many as possible taxes and levies to govt.
What do we get for doing the right thing after all?
F…all is the answer.
Not even the right to make our own choices.

My guess is one of tbe three was promised to be the next chief justice in exchange for a beneficial ruling.

An independent judiciary is certainly a question to ask.

However, FITA should have their lawyers shot – what an absolutely idiotic argument to present to the court – it is ‘self incriminating’ and almost beggars belief. The second it was submitted it was asking for a judge to kick it out.

To request that a product is ADDICTIVE and therefore ESSENTIAL, as such should be allowed to be sold – what did you expect. You may as well have asked them to legalize heroin at the same time.

The best way to have presented this, would have been introducing it as a basic constitutional right, to choose what you wish to buy. Stating that there is currently no other product banned in South Africa other than tobacco for sale. Then and only then introduce the comment that would have been government defence – in stating that IF you ban tobacco as a dangerous product placing you at more risk than a non smoker, by extension you should have banned sugar, soft drinks and sweets. Obesity is far more dangerous than smoking. Secondly and far more importantly why allow alcohol and not cigarettes. Alcohol interferes with social distancing, inebriated people crash cars. Also you are far less likely to go and beat the stuffing out of wife and kids after a box of twenty cigarettes.

Rather insist on the fact that as soft drinks, sweets and alcohol are equal to if not far more dangerous to potential covid victims than cigarettes, that the court if they cannot consider lifting the ban on cigarette sales, then at least at the very minimum bans alcohol. If they did and banned sweets as well – you would have all the legal fire power of SAB/ Nestle/ Cadburys etc etc behind you.

Maybe BAT will get it right. I think everyone expected this.

Anyway it is what it is – not so. There are for more critical things on and just over the horizon for the average citizen to worry themselves with than cigarette availability.

@Romulus: Agree 100% with your comment. And to think these lawyers are paid to put up a challenge with such a weak argument. Even many a person without legal training could see this coming. Makes me wonder if this was designed to be an own goal for FITA because somewhere along the line they benefit from the ban. Yet another conspiracy theory but who do you believe these days.

The 11 million smokers can vote the ANC out without any difficulty. They won previously with just over 10 million votes.

It does mean they all have to go and vote.

It also mean they have to organize themselves and get people to pledge now to vote for any opposition party.

There are a few million more people annoyed like people that lost their jobs for no reason. People that is sick and tired of the theft and corruption.

Can easily be achieved. Now more than ever before.

Planting tobacco, processing tobacco are not agaist the law.
Can we organize auctions, sales a over the counry for tobacco leaf… just to illustrate to em gubberment there are an alternative method and finger

Now this country is really becoming a joke…

People fought for freedom and now all of it is being denied.

To what degree must people be confined so that they have the right to be in existence?

At the stroke of a pen, 3 months ago, NDZ created a market that has a daily value probably way in excess of R250 million per day, has no regulations and has no competition. This decision I am sure is more about wealth than health, so to find out the real reasons for the ban, maybe just follow the money. Suspect that those politicians who have some involvement or influence in setting laws and enforcing these laws may be beneficiaries of the results of self same laws.

What a farce! They haven’t banned smoking, they’ve just given the go ahead for the illegal cigarette trade to carry on and putting the price up so the ZOOma family can carry on making millions from the poor! As far as I know, nobody has yet been arrested for selling illegal cigarettes!!

First prize to the ANC, another self inflicted mess. Africa needs more than the $33 billion that has been earmarked for the continent to support economies ravaged by the coronavirus, Ramaphosa said.