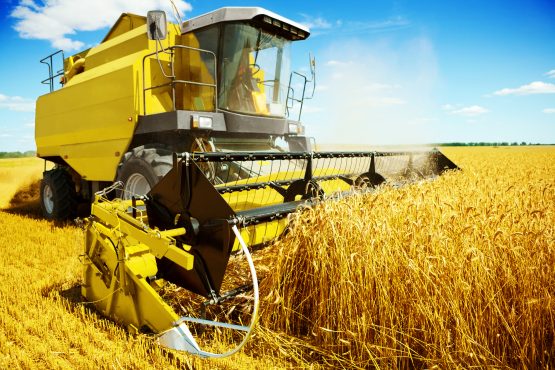 The Office of the Auditor-General (AG) has called for greater oversight over the affairs of the Land Bank to ensure that its liquidity challenges are addressed and the “audit action plan to address the disclaimer is monitored and implemented effectively”.

The ailing state-owned agricultural bank received a “disclaimer of opinion” from the AG for the year 2019/20 because it could not express an opinion on the credibility of the bank’s financial statements.

“The disclaimer of opinion is due to a going concern assessment not being submitted, material misstatements identified relating to the expected credit losses (ECL) and which ultimately affects the valuation of the loan book,” according to the AG’s presentation to Parliament’s standing committee on finance on Wednesday.

“The bank is also experiencing significant liquidity challenges, as it has been unable to meet its obligations as they fall due, all of which has cast significant doubt over the ability of the bank to continue as a going concern from March 31, 2020.”

The AG’s Polani Sokombela said the financial statements submitted for audit also contained “material misstatements” which were not corrected by management, adding that the Land Bank had a weak control environment “in the loans and advances account balance and its corresponding expected credit losses provision”.

“Over the years the Land Bank has lost a number of key management personnel [including] its chief financial officer and chief executive officer…that created problems because they couldn’t go to the capital market to raise funding,” Sokombela said.

Over the past year, approximately 26% of the key positions in executive management at the Land Bank were filled in an acting capacity.

This is not the first time the AG’s office has flagged the Lank Bank’s financial statements. Over the past three years, the AG has been highlighting the weak internal controls, and soliciting commitments from management to address them.

The Land Bank’s subsidiaries, Land Bank Insurance Company (LBIC) and Land Bank Life Insurance Company (LBLIC) are also experiencing financial difficulties, as the parent company’s challenges have spilled over to the two companies. The AG noted that the LBIC is no longer writing new life insurance policies and further suggested that the LBLIC should rather be given approval to be turned into an investment company and not only act as an insurance company.

This suggestion however was denied by the minister of finance, according to the AG’s office.

“With its dwindling insurance business the LBLIC might no longer be a viable business,” the presentation reads.

LBIC offers crop a​nd asset insurance products to both Land Bank clients and other farmers. The company has been making losses in the past financial years, with negative retained earnings of R128 million. The positive net asset value of R321 million is mainly attributable to the recapitalisation of R450 million, the AG’s office said.

The Land Bank is a key role player in South Africa’s agricultural sector, as it provides almost 30% of loans to the local sector. The AG’s findings are however unsurprising, as its deteriorating financial position has led to several credit rating downgrades by ratings agencies.

Government allocated R3 billion to stabilise the Land Bank through the June 2020 Supplementary Budget. This funding, and collections from loan book repayments, allowed the entity to start paying overdue interest from August 2020.

Despite this, the government continues to support the agricultural bank, with Finance Minister Tito Mboweni previously stating that the bank is too big and important to fail.

Surprise , surprise – another ANC government trough for the cadres got pretty empty and circling the drain. Will the frogboiler be shocked
again ?

The ANC cadre deployment system will destroy anything and transform nothing.

There is only one solution to fix the bankrupt SOEs. Every single SOE needs the accountability and management skills that come with the private ownership of property. Only privatisation can save the Land Bank. Farmers, through their cooperatives and agricultural companies, should buy the bank and it should report directly to the Reserve Bank, and not to the Treasury Department.

The SOEs are institutions of mass destruction under the ANC. They are beyond repair and they will only drag the nation further into bankruptcy. They are designed as vehicles of vote-buying and plunder for cadres.

It is unavoidable that all the SOEs and most of the municipalities will be in private hands eventually. The court supported this process of privatisation at Kgetlengrivier. With bankrupt SOEs and municipalities, South Africa is a failed state. Individual citizens will have to fend for themselves.

That is an interesting proposition – that is, doing a ‘take-over’. On the downside sits the political appointees and the non performing loans made to mainly cadres. Also significant competition from commercial banks who have moved into this space. On the upside would be the banking license and performing loans – although there are not that many left. Also the competent staff – also, unfortunately, not that many left…

That’s when it was not broken, finance for coops and farmers, not grants to cadres who never had any intention of paying it back.

The Landbank is dead.
The seasonality of their lending book is driving them deeper and deeper into problems every season. Now they have even more Non Performing Loans driving it down even further.
The good farmers will go and look for funding elsewhere and consolidate their funding there, moving all security over to commercial banks.
The Landbank will be left with all the struggling farmers the commercial banks do not want on good business principles and obviously the new entrants with no other place to go.
At this moment they, the Landbank, is causing a multitude of businesses to look for credit elsewhere, extend terms etc. just to keep the industry from falling apart.