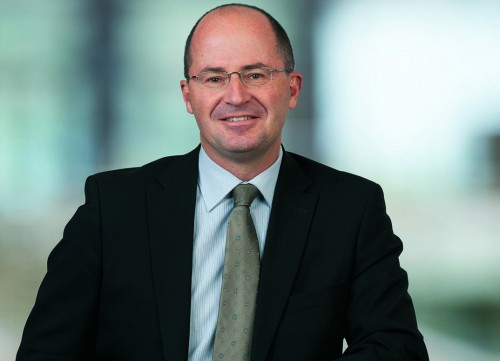 The share price of Group Five increased by almost 9% on Monday after it released much improved results for the six months ended December 31, 2015.

In a very subdued market the construction and engineering group reported a 5% increase in revenue to R7.2 billion and operating profit by 41% to R289 million. Headline earnings per share increased by 20% to R1.31.

Investment and concessions performed exceptionally, realising a margin of 39%. This is way above the margin target range of 15-20% and even better than the 23.8% achieved in the previous financial year.

The business consists largely of toll projects in Eastern Europe, with a growing portfolio in Africa. The group won two new long-term projects in Hungary and Ireland, which will bolster its long-term portfolio. Together with a partner, it has put its toe in the water of the US market, through what it calls a low-risk project in Virginia.

Group Five is further developing its own toll system, which will enable it to offer a full-service solution with better margins.

The total secured order book from operations and maintenance, in other words annuity income, is R5.8 billion, up from R4.7 billion at year-end.

The engineering and construction business returned to profitability, but the 1% margin is still under its target range.

This business started 2015 with a staff of 4 000 and ended it with 1 500. This [retrenchments] is not yet over, Group Five CEO Eric Vemer told analysts on Monday.

The building and housing segment of this business performed well in the local market in spite of increasing competition from mid-size companies and low margins. No new contracts were entered into in the rest of Africa.

Building and housing order books are good, but higher interest rates may impact its prospects, and the group is awaiting notice to proceed from government on low-cost housing contracts.

In the short term, Group Five expects building and housing to remain below the target margin range of 2-4%.

The civil engineering segment reported a R17 million core operating loss, down from a R52 million loss at year-end.

Vemer said the local market is very tough with a scarcity of sizable projects, strong competition and debilitating industrial action.

Work at Eskom’s Kusile power station is nearing completion and its loss-making project in the Eastern Cape was completed in the previous reporting period.

The large Kpone-project in Ghana, which involves the construction of a 350MW gas and oil-fired power plant in Ghana, is on track and the company expects further transport awards in the rest of Africa in the next six-18 months.

The group expects its Civil Engineering business to return to profitability in the short term, but below the margin target range of 2-4%.

The Projects business suffered some labour unrest on a project in KwaZulu-Natal and its current workload has a larger proportion of low-margin business.

In the rest of Africa, it experiences more competition from Indian, Chinese and Turkish contractors. With the big Kpone-project in Ghana, 85% of its R2.1 billion order book is over-border.

On the energy front some renewable contracts are being finalised. Work in the local oil and gas market is scarce.

Group Five won a second nuclear contract at Koeberg and is maintaining its nuclear capacity with a view to participate meaningfully in South Africa’s nuclear build programme.

Eighty six percent of the energy business’s order book is over-border, including the large Kpone-project in Ghana.

In its manufacturing segment Group Five is investing in capacity expansion in its fibre cement business, Everite. The steel pipe business has “almost no order book” and is facing more retrenchments.

Group Five declared a dividend of 42c per share up 40% from the first half of the previous financial year.

To listen to the radio interview on Group Five’s results, please click here.