Themba Maseko refused to assist the Guptas and was fired from his position as CEO of the Government Communication and Information System by Zuma in 2011. Picture: Moneyweb.

When former government spokesperson Themba Maseko continues his testimony at the state capture inquiry on Thursday, he is expected to detail how the controversial Gupta family used its enormous political influence to channel government’s advertising budget to benefit their media entities.

Starting his testimony as the fourth witness at the inquiry on Wednesday, Maseko joined the ranks of former deputy finance minister Mcebisi Jonas and former ANC MP Vytjie Mentor in implicating Ajay Gupta – the eldest Gupta brother – in his alleged attempts to improperly profit from the state.

Scoring government advertising contracts might be one of the ways in which the Guptas managed to earn a staggering R6 billion in 2015 from the national fiscus – as revealed by Jonas on Friday at the inquiry.

Maseko was close to government’s advertising budget, as, until 2011, he was CEO of the Government Communication and Information System (GCIS). The GCIS spends the budget on behalf of various government departments by purchasing advertising space across SA’s media platforms.

Maseko told the inquiry – chaired by deputy chief justice Raymond Zondo – that he received a call from Ajay in September 2010 to discuss the launch of media entities owned by the Gupta family in November 2010.

“He [Ajay] said that his media company required government support,” said Maseko. “He didn’t give me specifics [about the company] other than to say he needed support for the project to succeed.”

During the phone call, Ajay mentioned that he knew the government had an advertising budget of R600 million for the financial year 2010/11.

“I was surprised he knew about the budget,” said Maseko.

Maseko and GCIS would only know how much various departments intended to spend halfway through the first quarter of every year.

Ajay asked Maseko to meet him at the Gupta’s infamous Saxonwold compound to allegedly discuss government’s advertising budget to be directed to New Age and ANN7.

“I was reluctant to meet Ajay as I didn’t have details about the project [New Age and ANN7],” he said. “However, there were rumours that they wanted to launch a newspaper and TV station. They were using their connections and influence with senior government officials to extract government and state owned-enterprise contracts [for advertising]. I suspected they were trying to do the same with me and GCIS.”

He agreed to meet Ajay. The Sunday Times reported that on the way to the Gupta compound, Maseko was allegedly called by former president Jacob Zuma, who allegedly told him to help the family secure advertising for the media titles.

Maseko refused to assist the family and was fired by Zuma in 2011. He was replaced by Mzwanele (Jimmy) Manyi, who subsequently bought New Age and ANN7 from the Guptas in 2017.

Maseko will continue his testimony on Thursday. The inquiry will also hear about how Gupta-owned media entities indirectly received money through GCIS and other government institutions, with evidence on the money flow to be given by a National Treasury official.

Guptas should realise they could’ve advertised making use of WhatsApp almost free 😉 Spread the word…and reach millions in no time. WhatsApp!

(OK, I think I’m confusing an advertising budget versus a theft-budget?)

The one good outcome of the Zondo commission is that the rumours that have been circulating for years, that there are “good people in the ANC”, have finally been proven to be correct. They are Jonas, Mentor and Maseko.

Unfortunately, there is no proof of these rumours yet!? Only when they are tried, and convicted in a South Africa Law Court, AND PUT IN JAIL, will I believe that justice has been done. Otherwise, they have plenty stolen funds in Dubai to buy slick lawyers that will deflect, deflect, deflect and object to EVERYTHING that is said against them!
Any ‘rational’ human being (a term I borrow from the legal fraternity), when confronted with these rumours AND taking into account the illegal landing of wedding guests at Waterkloof Airforce Base, can only come to the conclusion that the rumours must be true?
It is a shame that money buys privilege; its no wonder the ‘have-nots’ reject capitalism

“They were using their connections and influence with senior government officials to extract government and state owned-enterprise contracts [for advertising].”

And the names of these nebulous senior government officials? Will they ever be named and brought to book?

Do not understand why a government needs a R600m advertising budget in the first place.
Was this the ANC budget or the government budget? Two very different things. At least its suppose to be different but we all know how the ANC likes to blur the lines there… 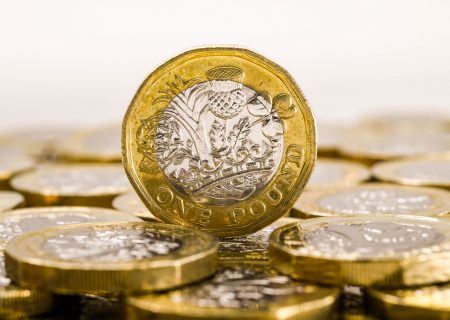