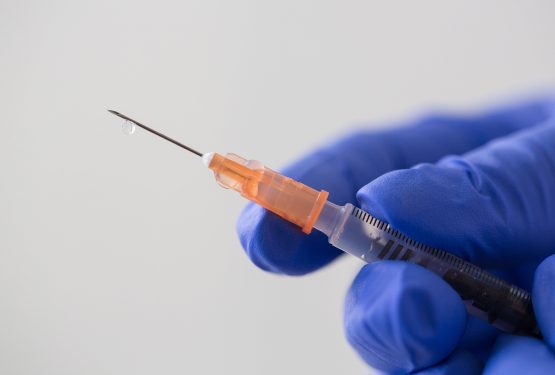 “Anti-progressive”, “instigating terrorism”, “sabotage” and “forcing government to waste resources” – this is how groups opposed to government’s proposed health regulations are characterised in internal emails floating around the Department of Health.

The emails were discovered during a court process initiated by public participation group DearSA, which received more than 300 000 comments from South Africans on proposed changes to health regulations that would arm the state with unprecedented powers to contain future outbreaks of ‘notifiable diseases’ such as Yellow Fever, Smallpox and Covid.

Under the proposed regulations, the government plans to award itself vast powers to forcibly test for notifiable diseases, impose mask mandates and forcibly quarantine South Africans at the order of a doctor, nurse or law enforcement official.

Of the more than 300 000 comments on these regulations received by DearSA, 95% were against them.

Four groups are named as engaged in ‘sabotage, instigating chaos or terrorism against the state’, according to the discovered emails.

“These groups are anti-progressive and are just forcing government to waste resources going through the same responses or submissions,” reads one email.

The four groups named are purportedly AfriForum, DearSA, Liberty Fighters Network and Action 4 Freedom, all of which are involved in a legal battles with government over the health regulations.

DearSA filed papers in the North Gauteng High Court on 9 May to interdict the government from introducing health regulations without public comment.

This was after it extended the period for public comment of draft health regulations to 5 July, but at the same time made permanent certain regulations under the National Health Act.

It’s this latter step that motivated DearSA to rush to court for an interdict, as it was done without any public comment whatsoever.

It was in the process of discovering documents in that court case that the departmental emails came to light.

“These emails clearly represent the views of a tiny rogue minority within the Department of Health, as we have very good relationships with Parliament because of the work we do in engaging the public in the legislative process, as is required by the Constitution,” says DearSA project manager Rob Hutchinson.

“These emails were handed over in the discovery process, and what they contain should shock every South African.”

Hutchinson says the emails show “a level of contempt for the public, and a complete disregard for the Constitutional obligation on government to foster public participation and listen to the views of the public”.

Perhaps even more alarming is another revelation in the emails, explaining how the Department of Health simply dismisses hundreds of thousands of comments for not being specific enough.

Reads one Department of Health email: “The Minister published the regulations for public comments not to check whether the public support the amendment or not.”

It goes on: “The team [within the department] is of the view that these people have not read the regulations but have an overall view that they do not want the regulations. It looks like the four groups expect government to go through all the comments even if these comments are not substantive, they are just organised coordinated responses in the various websites of these groups.

“The actions of these groups can be viewed as sabotage, instigating chaos or terrorism against the state. These groups are anti-progressive and are just forcing government to waste resources through the same responses or submissions.”

Attorney Daniël Eloff of Hurter Spies Attorneys, who is representing both DearSA and AfriForum, says these emails form part of hundreds of thousands of emails the minister of health included in the court record.

“These emails are now part of what the court will consider when deciding whether the regulations are lawful and constitutional,” he says.

“We believe it shows the state of mind of those making decisions within the department, and we think the public needs to be made aware of how they are viewed by those tasked with making regulations.

“It is pretty shocking, to say the least.”

DearSA makes clear on its website that it does not organise petitions as these are treated as a single submission by parliament. It says its purpose is to invite public participation on proposed legislative changes where each individual comment is treated separately and is not consolidated or grouped for the convenience of lawmakers. Each comment is delivered to parliament without interpretation or editing.

This, says Hutchinson, is how public participation is carried out elsewhere in the world, and it is not the job of DearSA to parse the comments received or reduce the workload on regulators.

“We expect them to read and take note of every comment. The Constitution requires them to do this, although we do provide government with a summary report and collated data.”

One internal email from the Department of Health says: “[The] government representative should communicate clearly to these groups that the comment process is not about the number of comments submitted as if the decision is based on a survey to check how many people support the amendment but to rather make substantive inputs to inform changes and correction of any provision made in the regulation.

“Only one submission from each group should be inclusive enough for all their members’ views or comments, the department will accept it even if there is a million comments but let each group consolidate their inputs into one document and submit as one.”

Interpreted literally, this means the more than 300 000 comments submitted by DearSA commentators will be treated as one, and given the same weight as a submission from a health-focused NGO employing a half a dozen people.

By law, each comment sent via the DearSA platform must be considered individually, as DearSA campaigns provide a mandatory selection of ‘top concerns’ in each campaign. These concerns are aligned with the clauses set out in any amendment bill – contrary to what Department of Health officials claim in their emails.

“It is obvious that the government doesn’t have any legitimate defence for these health regulations,” says Gideon Joubert, CEO of DearSA.

“Referring to concerned civil society organisations, as well as the ordinary citizens who participated in a constitutionally-mandated and protected process, as terrorists and saboteurs is patently ridiculous.

“The department is completely overwhelmed with public comments because these proposed regulations are unpopular due to their invasive, onerous, and unconstitutional nature,” says Joubert.

“They don’t have a leg to stand on, and are desperately grasping at straws.”

DearSA’s and AfriForum’s case against the interim Covid regulations will be in court on 25, 26 and 27 July.

The govt does that just fine without our help.

That’s rich coming from the ANC.

“Nothing is so permanent as a temporary government program” – Milton Friedman.

The ANC has become the new oppressor, but even worse, the ANC is an exploitative criminal enterprise that plunders the shared resources of the nation. They create bankrupt municipalities and SOEs and leave behind unemployment and social decay.

The implosion of service delivery and infrastructure, unemployment, and poverty are the ANC’s legacies. The destructive force of the ANC is worse than Russia in Ukraine, only slower.

Sadly you are right…this is what comes from our BRICS membership – lessons in State Control from China, supporting invasions of sovereign States from Russia and how to steal a country’s resources with a smile from India. What lesson is Brasil offerring? Oh yes….how to destroy your country’s environment for the sake of profit! What a grand old club we belong to!

The Association of Notorious Criminals: daily being confirmed to each of us with a growing wait list.