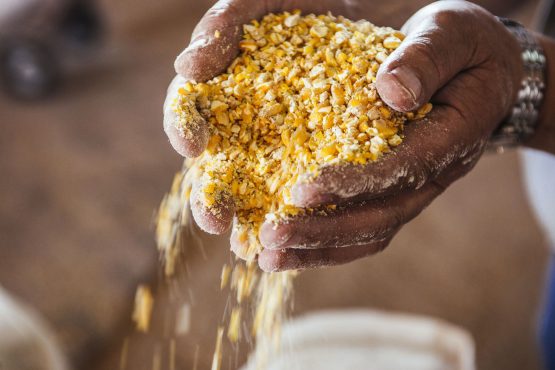 Growers in South Africa, the continent’s biggest producer of the grain, planted about 2.61 million hectares (6.45 million acres) of land this season, a 5.3% decline compared with the previous year, Lusani Ndou, a senior statistician at the Pretoria-based Crop Estimates Committee, said by phone Thursday.

That’s after many areas in six of South Africa’s nine provinces, including those in the corn belt, experienced the most rainfall on record in December since tracking by district began in 1921. South Africa is this year experiencing the La Nina weather phenomenon which usually causes above normal rainfall in the country and its neighbours.

At about 1.57 million hectares, the area under white corn, a staple food, is 6.87% smaller than a year earlier. The land allocated to yellow corn, generally used for animal feed, is seen down 2.77% to 1.03 million hectares. Plantings of soy, peanuts, dry beans and sorghum also fell.

“Now that we have the plantings data, the discussion will likely shift to yields,” Wandile Sihlobo, chief economist of the Agricultural Business Chamber of South Africa, said by text message. “The areas such as the western regions of the Free State, North West, and parts of KwaZulu-Natal and the Eastern Cape, which received heavy flooding, could realize lower yields than the previous season.”

The first national production forecast will be released in a month’s time.

The committee raised its estimate for the nation’s wheat crop, grown in the country’s winter by 2.6% from the previous month to 2.2 million tons.

Climate change might make this the new normal. More rains in the eastern parts of the country.