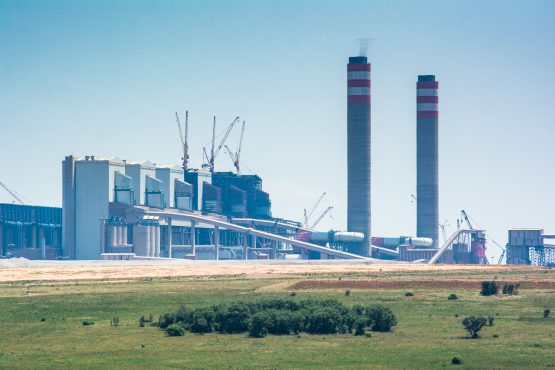 Eskom’s bonds, rated deep junk, are the gift that keeps on giving. The securities yield more than the government’s debt, yet are backed by a guarantee that kicks in before a default is even on the horizon.

The yield premium on Eskom’s rand bonds has tightened this year, even though the company has a stand-alone credit score nine steps below investment grade at Fitch Ratings and a debt pile of R450 billion. That’s because they still offer a pickup of more than 100 basis points and are, in effect, as safe as the sovereign’s. About two-thirds of the rand bonds are backed by an explicit government guarantee that was designed also to improve the position of holders of the non-guaranteed securities, according to a briefing document on the agreement between Eskom and the government, published on the company’s website. Under the terms of the agreement, the government is obliged to step in when Eskom anticipates payment pressure, to prevent a default. It also rules out cross-defaults.

Would you buy Eskom’s bonds?

Eskom, which supplies about 95% of the nation’s electricity, doesn’t generate enough cash to service its debt, and is struggling to meet demand from its old and poorly maintained plants. The government has already allocated it 138 billion rand in bailouts over the next three years, but plans to turn the company around — including the appointment of a permanent chief executive — are lagging.

“The most important thing to remember about the guarantee is that the whole intention is to not have it called upon,” Omega Collocott, a corporate ratings director at S&P Global Ratings in Johannesburg, said in an interview. “The way it works is that Eskom can anticipate a crunch and get a loan from the government to cover it. Investors are protected.”

The briefing document sets out the guarantee’s three “stages”:

The first stage of assistance occurs before a payment has been missed. If Eskom foresees an inability to make a payment, it would request the government to “step in” and pay on its behalf. That payment would be in the form of a loan to the utility, which would be subordinate to all other existing debt.
The second stage occurs when a debt payment has been missed. Eskom would be in default, though still solvent. The guarantee would function as an ordinary one, meaning the government would step in to make good the payment.
In the event of liquidation of the company, the government would be at the back of the creditor line.
The point of the process is to prevent default and ensure the company remains solvent, Collocott said.

“A surprise non-payment of interest or principal is very unlikely,” Collocott said. “Eskom is very aware of their inflows and outflows and could easily identify if they were heading for trouble.”

The framework has other investor protections as well, including a provision to prevent cross-defaults. A standard clause in all the bond contracts stipulates that if the government stepped in to make an interest payment, it would not be considered a default event, and wouldn’t trigger calls on other loans.

The guarantee extends “security directly to guaranteed lenders, whilst still offering assurance to non-guaranteed lenders that their investments stand a greater chance of being serviced in the event of Eskom facing financial distress,” the document states. Judging by Eskom’s bond yields, investors are happy with that assurance, for now.

So an ANC Councillor in Soweto states…”Sowetans should pay flat rate of R150/month for electricity – it will foster payment culture”.

But that is not user pays, that is user abuses.

Fact is, electricity prices are too high for consumers but too low for the producer (Eskom) and that is why both Eskom and the country are in a death spiral.

Business are closing up shop because of high power prices and it will only get worse as Eskom greedily tries to claw even more from consumers instead of getting its own house in order.

Catch 22. Soweto is far from being the only area not paying for its power; it’s essentially every prepaid meter out there.

Weirdly, this all makes sense. Most of the power price is incompetence and corruption and Nersa should never have allowed it in the first place. Secondly, if consumers did pay for their power it would come out of other budgets….food, clothing, rent etc. And why should Eskom get this share of wallet just because they run such a poor operation.

Now I challenge the writer to provide us in the near future a follow-on article with the topic “THE RAMIFICATIONS OF AN ESKOM BOND DEFAULT, ONCE GOVT IS COMPLETELY INSOLVENT”.

Am sure it will result in even more exciting reading….