Outa calls for another grace period extension and for government to urgently increase the validity period of licence cards to 10 years.
By Roy Cokayne 9 Mar 2022  00:03 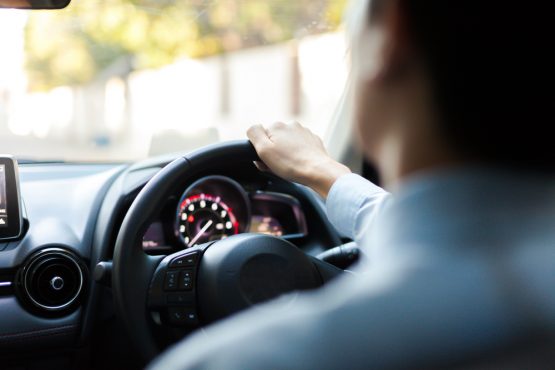 Protest action by driving schools is slowing things down even more. Image: Shutterstock

Hundreds of thousands of motorists are set to be without a valid driving licence card when the grace period for the renewal of driving licences that expired during the Covid-19 lockdowns ends on March 31.

This is evident from Minister of Transport Fikile Mbalula’s comments on Monday that the current backlog in driving licence renewals as at February 25 is 534 807.

This backlog is only for renewals currently in the system at that date. It does not include motorists whose driving licences have expired but have not yet applied to have them renewed.

As at February 3, there was a total backlog of 2.1 million driving licences nationwide that will have expired by March 31 and applications not yet made to have them renewed.

This led to a new request by the Organisation Undoing Tax Abuse (Outa) on Tuesday for Mbalula to extend the current March 31 deadline for expired licence card renewals and to apply his mind to a change in the regulations to have all driving licence card expiry and renewal dates extended to 10 years “as a matter of urgency”.

“Hundreds of thousands of motorists are still struggling to have their expired driving licence cards renewed and Outa believes [Mbalula] is trying to deflect the administration chaos onto the public, instead of taking ownership within the department.

“Administrative chaos and backlogs are not resolved by giving those who have no control over these an unreasonable deadline,” it said.

The deadline applies to driving licence cards that expired between March 26 2020 and August 31 2021 during the Covid-19 lockdowns.

Fick said this means that all driver’s licence cards should have five years added onto the current expiry date.

“If this were the case, then the March 31 expiry date becomes obsolete, and the country can move on without having to attend to the current mess unfolding,” she said.

Outa’s request coincided with an escalation in the dispute between driving schools and the Department of Transport.

The dispute is believed to be related to dissatisfaction with the new online booking system at Driving Licence Test Centres (DLTCs).

The protests have already led to the disruption of services at some DLTCs, which will inevitably lead to an increase in the driving licence renewal backlog.

The current backlog appears likely to increase if there is a last-minute rush by motorists to renew their cards before the end of this month and protests continue to disrupts the operations of DLTCs.

Mbalula said on February 3 that the Driving Licence Card Account, which is responsible for producing the driving licence cards, has the capacity through “day and night production” to produce 100 000 cards per week or 400 000 card a month.

This implies that more than 100 000 of the 534 807 motorists who had applied to renew their driving licence card as at February 25 will not receive their new cards by March 31.

Mbalula said at the time that the cards for renewals then in the system would be cleared by April.

He reiterated on Monday that they are on track to clear the current backlog, but did not indicate by when this will be achieved.

Outa said on Tuesday it is sceptical of the transport department’s capacity to clear the backlog in card renewals in time.

Fick said there is a backlog of 534 000 driving licence cards waiting to be printed but Outa believes there are hundreds of thousands of other motorists with expired licence cards who have been unable to access the renewal system and will not meet the deadline.

Fick said motorists whose cards expired after September 1 2021 have also been caught up in the current chaos of the backlog and received no help.

She said motorists, particularly in Gauteng, have struggled to access the electronic system to book a slot to get their licences renewed and protests by driving schools over the failed system resulted in DLTCs being shut down and staff feeling threatened.

“These protests have added another dimension to the problem which the minister cannot ignore, being that motorists have been unable to renew their licences under these dangerous conditions,” she said.

The City of Tshwane Roads and Transport Department advised motorists on February 25 that four licensing centres and motor vehicle registration offices across Tshwane were experiencing service delivery interruptions due to a strike by driving schools.

The affected DLTCs were Bronkhorstspruit, Centurion, Rayton and Waltloo.

It said bookings for driving and learner licences scheduled for February 25 and 26 would be deferred and that driving licence renewal bookings are valid for 14 days.

MMC for Roads & Transport in City of Tshwane Dikeledi Selowa said on Tuesday that operations will resume at all the city’s DLTCs and motor vehicle registration offices from Wednesday (March 9).

Selowa said the department is committed to ensuring that residents receive services without any further interruptions.

She said the strike action by the National Driving School Association of South Africa (NDSASA) has run for almost two weeks.

“We have now taken a firm stand to defend the rule of law by opening the doors to all our DLTCs.

“The Gauteng Department of Roads and Transport has obtained a court interdict, which must be enforced.

“Protesting driving schools should not be allowed to hold customers to ransom. Despite the provincial government interdict, the City of Tshwane will continue with its application for our own court interdict against NDSASA to prevent possible violence and property destruction at our DLTCs,” she said.

Selowa said the department’s interdict application was expected to be heard on Wednesday.

She referred to Mbalula’s visit the DLTC in Akasia on Monday to assess the impact of the ongoing protest action.

Selowa said Mbalula promised to engage the police ministry to deploy officers at different centres to prevent violence and enforce the court interdict that has already been granted to the provincial government.

“Engagements between relevant stakeholders in this matter are ongoing and the city will keep residents updated on any further developments,” she said.