‘I am deeply hurt’ – Lucky Montana

Satawu: ‘the minister and her cronies in the board are running Prasa like their personal spaza shop’.
By Antoinette Slabbert 17 Jul 2015  15:49 An emotional Lucky Montana, who was booted out as CEO by the board of the Passenger Rail Agency (Prasa) on Thursday, vowed at a press conference on Friday not to accept what he called his “unfair and unjust” treatment.

Montana said he planned to discuss “the history of this conflict” with members of the media. However, after “a lot of frantic phone calls as I was standing outside,” Montana said he agreed not to go ahead with his disclosures at this stage.

Montana however gave the assurance that he was “not cancelling, but postponing” and hoped to brief the media sometime next week.

His decision to hold back came only hours after a media briefing organised by the Prasa board was also cancelled minutes after it was supposed to start. Prasa Group Strategy Officer Sipho Sithole told journalists it was decided after consultation with Minister of Transport Dipuo Peters that the short statement Prasa issued the previous day was sufficient and the briefing was therefore cancelled.

It has been reported that Montana had been in conflict with the Prasa board under the chairmanship of Popo Molefe for some time and had earlier indicated to the board that he would not seek a renewal of his employment contract when it expired at the end of the year. To this effect he was serving a six-month notice period, but on Thursday the board decided to relieve him of this obligation with immediate effect.

He said he acceded to requests “from the leadership” to give them the weekend to ponder over the matter. He later clarified that this referred “primarily” to leaders in government, rather than the ruling ANC.

During his briefing Montana painted a picture of him facing the Prasa board earlier this week as his uncle, “who was like a second father to me”, was critically ill. He had to leave the meeting after his uncle passed away and was therefore given the boot in his absence.

This he related, was particularly hurtful.

He had been under fire in the past few weeks, following a series of articles in Afrikaans newspaper Rapport – the latest accusing Prasa of buying locomotives that are unsuitable for local conditions, thereby wasting millions of rands.

In a radio interview with 702 on Thursday, Molefe said the board decision to relieve Montana of his duties was not based on these articles, but on the fact that he publicly criticised the board and was in breach of the conditions of his notice period. One of these conditions was that he wouldn’t sign off on any tenders – Molefe said he did not honour this.

Prasa is currently executing multibillion-rand contracts, the biggest of which is a R50 billion contract that was earlier awarded to the Gibela consortium, with international transport giant Alstom as one of the main players.

In the meantime the South African Transport and Allied Workers Union (Satawu) has demanded Montana’s immediate re-instatement and the dismissal of the Prasa board.

“We believe the decision by the ‘irregular’ board to fire CEO Lucky Montana is illegal,” Satawu said in a statement, arguing that the board was appointed illegally.

“We call on Minister Peters to dissolve this board that is destroying a functioning State-owned entity,” Satawu said.

“It seems that the minister and her cronies in the board are running Prasa like their personal spaza shop. They are adamant on driving the only working South African enterprise into the ground.

“Satawu is not in support of perpetual and unlimited terms of office but where there is value added by a leader that must be harnessed and appreciated especially in relation to how the country’s SOC’s are struggling at leadership level,” Satawu said.

In a related development Public Protector Thuli Madonsela plans to release a report on an investigation into allegations of maladministration relating to financial mismanagement, tender irregularities and appointment irregularities against Prasa, on Thursday.

Montana has been with Prasa for about ten years.

So are we with your stupid racists comments without establishing the facts.

Were these over sized Locos one of the tenders in question that should not have been signed…..?

This “personal Spaza Shop” thing goes way down to the lower levels of management.
Being an ex tenant of a shop on Prasa premisses, I know how it works.
The regional Rental manager will only allow you to sell the business to a buyer of his choice. This would be mostly foreign African buyers and these buyers would have to pay this manager a monthly fee.
These foreigners are desperate enough to get out of the townships to do this.

The boards of these parastatals honestly do no understand anything about corporate governance… SAA, Eskom and now Prasa, it’s the same issue about the board of directors, especially the chairperson, meddling into executive affairs of the companies over which they have no authority, and more often that not it just seems personal.

I think we need to relook the idea of having ministers as representatives of the government as shareholders in these companies because clearly their freedom to handpick board members of their choice merely brings us companies managed by incompetency and personal agendas.

The special dividend ‘is a give-back to shareholders from a large disposal we did over three years ago to an American company’: CEO Jens Montanana. 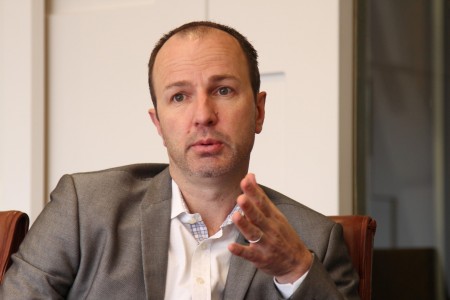