Companies must innovate or risk being left behind
Sanlam brags with good results
‘Of the insurers, I’d pick Sanlam to hold in portfolios at the moment’
CLICK THIS COMPANY MORE COMPANY NEWS SENS
SANTAM 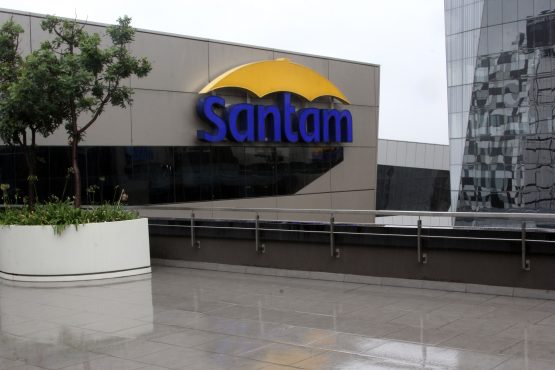 The FSCA stopped short of referring to the ‘understanding’ with the short-term insurance industry as a settlement. Image: Moneyweb

Insurance giants Santam and Hollard announced over the weekend plans to offer interim relief to thousands of hard-hit small and medium businesses in the tourism and hospitality sector that have business interruption insurance policies with contagious and infectious diseases cover.

This comes as short-term insurers, including Guardrisk (part of Momentum Metropolitan), Bryte Insurance and Old Mutual, are facing court battles over the non-payment or delayed payment of such claims linked to the Covid-19 pandemic. The industry is hoping to secure “legal certainty” on the matter.

Santam, which is listed on the JSE and is South Africa’s largest short-term insurer, said on Sunday that it will “pay up to R1 billion in urgent relief to policyholders in the hospitality, leisure and non-essential retail services industries” that have contingent business interruption extensions.

Privately owned unlisted peer Hollard announced a similar move on Saturday. Hollard said that more than 1 000 of its affected small business policyholders could benefit. A spokesman told Moneyweb that payments totalling approximately R250 million will be made in relation to Hollard’s relief offer.

Guardrisk also intimated earlier this month that it would offer relief to policyholders with similar business interruption insurance cover (for contagious diseases) but has not yet released any details.

The latest moves by Santam and Hollard follow a statement issued on Friday night by the Financial Sector Conduct Authority (FSCA) together with the Prudential Authority of the SA Reserve Bank (Sarb), which notes that “an understanding with non-life insurers” had been reached. This would see such insurers “consider interim relief to their policyholders” that have “the appropriate contagious disease extensions”.

Read: Hollard to pay relief to clients hit by lockdown

The FSCA stopped short of referring to the “understanding” with the short-term insurance industry as a settlement.

Worth noting is that the agreement won’t just see affected businesses paid out relief funds – they won’t need to pay the insurers back if the insurers win the legal battle.

If the courts find in favour of policyholders, the funds will however be deducted from the total claim amount payable by the insurer.

“This interim relief will take the form of once-off payments to policyholders to enable them to continue running their businesses while waiting for the outcome of the legal process,” the FSCA said in its statement.

“This arrangement follows discussions between the authorities [FSCA and Prudential Authority] and the non-life insurers.

“The discussions were primarily aimed at addressing two main issues which are of concern to the FSCA. The first is the impact of the repudiation of contingency business interruption cover claims by some non-life insurers [and delays in processing policyholders’ claims] and the second is the impact of this matter on the reputation of the non-life insurance industry,” it added.

While the FSCA reiterated the complex nature of business interruption insurance, it stressed that valid claims that have cover extensions for infectious diseases should be honoured.

Insurers cannot use lockdown as grounds to reject claims – FCSA

“[The Covid-19] lockdown should not be used as a ground to repudiate these claims. This approach has also been adopted by some international conduct regulators but is being challenged by insurers and reinsurers globally and locally, which means that legal certainty will have to be obtained from the courts,” it pointed out.

“The legal certainty will undoubtedly take time to achieve, with dire consequences for policyholders who have already been impacted severely by Covid-19 and the national lockdown, and it is in their interest that the authorities and the affected non-life insurers have reached understanding that interim relief payments should be made,” it added.

“The interim relief to be provided by non-life insurers will differ from case to case dependent upon reinsurer support, financial impact and the number and types of policyholders,” the FSCA noted.

The FSCA together with Sarb’s Prudential Authority have established the following “guiding principles” to be applied in determining the interim relief:

This extraordinary move by the regulatory authorities comes in the wake of not only the insurance industry coming in for widespread criticism of its handling of the issue, but the FCSA itself being called on to take a tougher stance. The Tourism Business Council of SA (TBCSA) last month even called for Finance Minister Tito Mboweni’s help in resolving the stand-off.

Insurance Claims Africa, which is representing more than 500 tourism and hospitality businesses on such claims, has been one on the most vocal on the issue.

The non-payment of claims has been thrust further into the limelight following last week’s national protest by sit-down restaurants.

While the protests were largely against government restrictions to trade (such as the alcohol ban and 21:00 curfew aimed at curbing the spread of Covid-19), many restaurants used the opportunity to include the non-payment of business interruption insurance claims in their protest placards.

Reinsurers not yet in the loop

Meanwhile, the FSCA also noted in its statement that the affected insurers “are providing financial relief to their policyholders without the support of their reinsurers at this stage”.

It remains to be seen whether South Africa’s short-term insurance industry will take up the fight with reinsurers (global insurance groups that cover insurance companies), especially if local insurers lose the Covid-19 business interruption insurance battle with policyholders.

“The [regulatory] authorities will continue to work with non-life insurers that are most affected by these business interruption cover claims to ensure … claims are resolved as quickly as possible and that trust and confidence in the non-life insurance industry can be restored,” the FSCA said.

Proof of just how corrupt insurance and medical schemes are. Watch the fine print as they say because it’s a scam.i have never trusted insurance and health medical aid insurance companies and now I trust them even less. All they’re interested in is your money and not your well being or comfort.

I use an insurance broker, a middle man, and my claims have always been paid. I claimed for fire damage, car insurance, damage to buildings and medical insurance. No, I did not need medical attention because I fled from the fire and crashed my car into the building. ☺
These were unrelated events and the insurance paid out……..eventually.

Insurers are not ‘repudiating’ BI claims, they are saying the proximate cause of the interruption to business, i.e. the government’s decision to mandatorily close down business activity in the hospitality trade (and others) is not insured.

The proximate cause argument is pathetically weak. If there were no virus, there would be no lock-down. It’s like a life insurer arguing that you didn’t die because of a car accident, but due to the sudden stop and then saying you weren’t covered for sudden stops. This refusal to pay and playing with words is causing incalculable reputational damage to an industry that should be founded on reputation.

Wonder how much they paid the lawyers to find that loophole….

Concessions? How about paying the FULL claims. The installments are not paid using concessions.

This gesture is too little and too late.

If one ever doubted whether there is collusion in the insurance industry, there’s your answer. A number of insurance companies suddenly all saying very similar things.

Perhaps its time to destroy the insurance industry like was done to the building industry after huge fines were levied against the big players for collusion.

The insurance industry is rolling in dough and are one of the few that always continue raking in the bucks no matter how bad the economy turns. And yet here they are, making ‘concessions’ to people who they should be paying out to without a whimper. They deserve our contempt. All they do is collect and when times comes to pay out, find every excuse under the sun not to do so. Do they not understand that people will remember this and cut back on their policies accordingly? Can they not see how much it damages their reputation? No, because all they think about is the bottom line. Soulless and grasping. Sometimes you have to give to get. These people clearly do not and perhaps will never understand that.