But this only tells half the story as Durban’s sanitation or wastewater tariffs are by far the cheapest.
By Moneyweb 31 Jan 2022  00:01 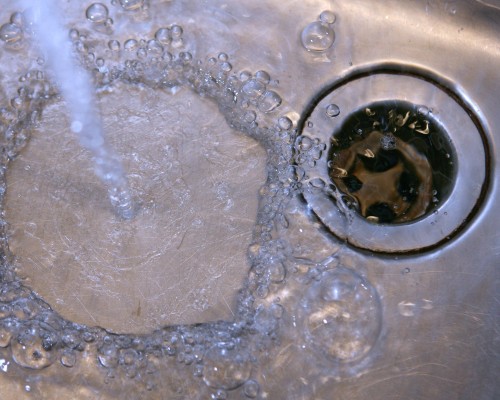 Combine the price of water and sanitation at a medium level of usage, and Cape Town is the priciest. Image: Suzanne Plunkett/Bloomberg

At low or medium levels of water usage, the City of Johannesburg has the cheapest water tariffs among the five largest metros in South Africa.

It is only from 25 kilolitres and upwards that prices start to rise significantly. But even at a fairly high amount of usage (30kl per month), its charges are in line with Cape Town’s and still significantly lower than Durban’s.

An analysis by Moneyweb of water and sanitation tariffs among these metros shows that eThekwini (Durban) is by far the most expensive when it comes to water. At a low level of usage (10kl), Durban’s prices are 154% higher than Joburg’s, while even at a high level of usage (30kl), these are still 15% more.

But this only tells half the story as Durban’s sanitation or wastewater tariffs are by far the cheapest.

It is notable that water supply tariffs vary between Gauteng metros, even though all of these are supplied in bulk by Rand Water.

Of the five metropolitan municipalities, two (Joburg and Tshwane) levy a fixed monthly charge. In the former’s case, this is a “water demand management levy” (of R28.32), while the latter imposes a “network charge” of R130 a month.

Only Joburg and Tshwane provide a base of “free” water per month (6kl and 9kl, respectively).

The other metros do have a free tier, but there are restrictions in terms of property values to ensure that only poorer households qualify.

* Excluding value-added tax (Vat); metros are ranked from most expensive to least based on the use of 20kl per month.

Read:
How much electricity R1k, R2k will buy you in SA’s biggest metros
COJ’s R50 a month recycling levy is nonsensical
Joburg can no longer rely on its water supply

Linked to water tariffs are the prices charged for sanitation. Here, Joburg is the outlier as it does not charge based on water usage (its rates are based on the size of the property).

The other metros do, with Tshwane being unique in that it has a flat rate per kilolitre and a declining percentage of discharge as one moves along the tariff blocks. This makes sense as above a certain level, it is highly likely that water will be used for irrigation or topping up swimming pools, meaning it will not be discharged into the wastewater system.

Cape Town’s charges (with more blocks than its water tariffs to account for less discharge) are not far off its actual water tariffs. At higher levels of usage, the sanitation charge is actually higher than the water one.

In Ekurhuleni, the charges for water and for sanitation are exactly the same.

In comparison to the other Gauteng metros, Tshwane’s are low, while eThekwini’s are very low, with prices up to less than a quarter of its water tariffs.

When factoring in both the price of water and of sanitation – at a medium level of usage per month (20kl) – it is clear that Cape Town is the priciest, and eThekwini and Tshwane the cheapest.

It is important to not look at utility, services and property rates prices in isolation.

These need to be combined to provide an accurate comparison between different metros. This analysis will follow on Moneyweb later this week.

Thank you for this and looking forward to your further analysis. The overall, seat of the pants feel for me is that all these cities are close to insolvency or at least expenditure being in excess of revenue. Either rates are going to rocket across the board or the quality of services will decline, steeply.

Durban’s City Centre, once the pride of South African and its most popular tourist destination in the 60’s 70’s and 80’s now resembles the chaos of Lagos…sadly the Municipality just cannot keep up with Maintenance and repairs…mainly because previous rate payers are no longer interested in the “new” opportunities offered in this area and have moved out to the West andNorth of the city. When rate payers and renters stop paying, the city has no choice but to up the rates of the few left that can afford it. The day will come when those that can afford rates but get no value decide to move on. Which is what is now happening in Durban.