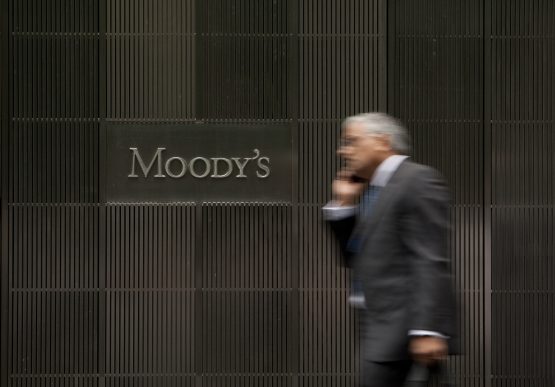 The direction that Moody’s will take when making its announcement of South Africa’s credit rating is anyone’s guess but what’s certain is that the country won’t be immediately excluded from the FTSE World Government Bond Index (WGBI) should it be junked.

Moody’s is the last rating agency to hold SA’s sovereign debt rating at investment-grade, and a move towards junk would see it being excluded from the WGBI. This would trigger billions of rands in capital outflows as global investors who track the index are forced to sell.

That’s because one of the criteria for being included on the index is an investment grading from one credit rating agency, and SA has already been junked by S&P and Fitch in 2017.

However, after extensive consultation with asset owners, asset managers, and other key investment stakeholders about trading conditions in the global markets, FTSE Russell, which administers the WGBI, has decided to postpone the monthly reweighting of its fixed-income indices for a month. This is due to unnatural liquidity challenges and increased volatility.

The total return indices for the end of March will only be updated at the end of April when FTSE Russel resumes its rebalancing schedule and will then incorporate the March turnover.

FTSE Russel said that, “for avoidance of doubt”, this means that South Africa would remain in the WGBI even in the event of a downgrade by Moody’s until the end of April.

The Covid-19 pandemic has had devastating effects on global markets as the virus prompted many countries to enforce lockdowns. This has significantly reduced economic activity.

The results of the consultations have characterised the markets as being “extremely stressed”.

“Liquidity is impaired, the market infrastructure is challenged because of the changes to normal working practices, and the trading environment is characterized by extremely wide bid-offer spreads, reduced dealer inventory and poor price discovery,” it said.

As such, FTSE Russel has determined that the current situation is “a market disruption event”.

“According to the FTSE Fixed Income Statement of Principles, FTSE Russell may exercise expert judgment to ensure that indexes continue to meet the needs of index users and meet their stated objectives in such extreme circumstance,” it noted.

Head of Fixed Income at Absa Management James Turp said that this was a minor step to not shock market liquid flow in a time where it was already thin and volatile.

The expected capital outflows from a Moody’s junk grade could range from $2.8 billion to $8.5  billion said Turp. He added that even if SA remains in the WGBI for a month there would still be a negative response as investors begin “rebalancing their books preemptively”.

Jonathan Myerson head of fixed income at Visio Capital, said while the one month delay buys some time for global fund managers with a credit-sensitive mandate who would be forced to sell-off after a downgrade, the delay would also maintain the uncertainty on what the full impact of SA’s exit from the WGBI would look like.

“In some ways, Moody’s delayed this whole thing,” said Myerson explaining that even before Covid-19 happened there was an understanding that the deterioration of SA’s credit quality, mainly due to the low growth and high government debt, would see the country lose its investment-grade status.

“This kind of sitting on the edge of the seat has made the market a little more volatile than it would have been if we were in or out of the index for certain,” he said.

It remains unclear whether Moody’s will downgrade SA this evening because, while many would argue that the country should have already been junked, the rating agency has maintained the investment-grade level for a long time already.

SA’s metrics, which have been on unsound footing for some time, are only likely to deteriorate as the country undergoes a three-week lockdown. Residents have been told to stay at home unless they are involved in procuring or supplying essential services.

Citibank economist Gina Schoeman said in a note that there was a risk that the lockdown would be extended past 21 days, forecasting that the economic fallout seen thus far suggests that GDP will contract by 3% this year, with the budget deficit rising to between 10% and 12% of GDP.

Faulkner forecast that the economic disruption would see the economy contract by 6.7%, with the budget deficit to rising to 12% of GDP. As “tax collections fall and spending pressures from wages, bailouts, disaster funding to combat COVID-19, and higher debt service costs materialise,” this would add further stress to the country’s fiscal position.

To junk or not? Nobody knows.

Schoeman said that, given that Moody’s placed a negative outlook on its rating in 2019, she expected Moody’s to downgrade the country to sub-investment grade.

“We still think there is a slightly greater possibility that the agency skips its review, but it is impossible to know,” she said, adding that Citibank’s previous estimates that capital outflows would amount to $6.6 billion dollars following a WGBI exit are much smaller now given recent market sell-offs.

Turp said given that Moody’s has been so generous in the past there’s hope that they would hold off until November citing a lack of data to make the decision. “However it is broadly expected and if they are purely going as a rating agency, they surely must downgrade,” he added.

By delaying the rebalancing of its indices, Myerson notes that FTSE Russel is acknowledging that we are in extraordinary times.

“Therefore in these exceptional circumstances, Moody’s should do the same but we don’t know if they will or won’t,” he says.

Whether it happens or not, SA has structural barriers to acheiving its goals of high gdp growth, low unemployment and attracting investment. Pretty much an irrelevant s/hole country as trump would put it

And then it happened.

You are a s/hole Alap Thando and may you perish like the virus.

I encourage you to read Moodys report now that it has been released and hear their view (irrespective of how you may feel about it). Their logic is based on quantitative measures and observations on the effectiveness of government and its policies and i urge you to apply your mind and be dispassionate. We are no different from many other African countries.

We will overcome this AS WE HAVE DONE BEFORE! Australia is in disaster territory after wildfires and now a no go work zone.