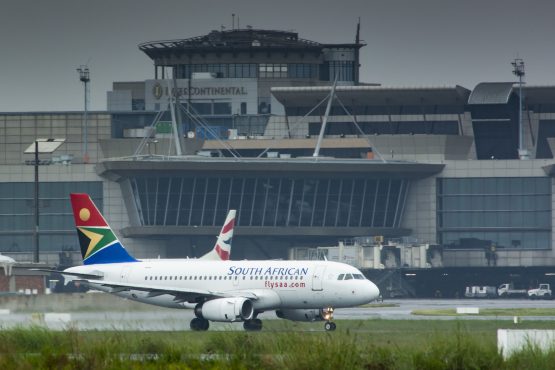 Seven labour groups representing workers at South African Airways who’ve not been paid since March agreed to accept a settlement offer of three months’ wages, a move that will aid the government’s efforts to revive the bankrupt state airline.

Members of the groups, including the South African Transport and Allied Workers’ Union and the Solidarity union, will also receive a lump-sum payment related to an increase they were owed and part of a year-end bonus, the Department of Public Enterprises Enterprises said in a statement on Thursday.

SAA, which last made a profit in 2011, was put into bankruptcy protection a year ago. While the National Treasury has set aside R10.5 billion to help get the carrier flying again, efforts to resuscitate it have been hobbled by the Covid-19 pandemic and a resultant decline in demand for air travel.

“Funding made available by government is limited and focused on restructuring South African Airways and restarting operations at the airline and subsidiaries,” the department said. “The availability of these funds is a product of government having had to do some belt-tightening to make the restructuring possible.”

What is it with this Government dead set on owning a National Carrier?

This scenario will repeat itself again 24 months down the line

They spend our hard earned taxes like they run the country!