In a modest house on a dirt street in Embalenhle, South Africa, Dzimadzi Masilela sits in her living room and weeps. On the wall behind her is a picture of her only son, Liwa, dead at 44 after a lifetime of respiratory disease. Next door lives Rose Masondo, whose granddaughter, Mainita, died from asthma at just 10 years old.

Their lives played out in the shadow of Secunda, a vast coal-to-fuels and chemicals plant run by Sasol that South African and international groups say is the world’s biggest emitter of greenhouse gases from a single site.

The inhabitants of Emba, as the town is known, are tied to Sasol in a complicated embrace. Secunda is responsible for a host of emissions and pollutants derived from burning coal that experts says cause illnesses from respiratory complaints to cancer, and yet the plant supplies economic opportunities that are key to survival in a country with 29% unemployment.

“Sasol, in many ways is helpful to us as a community,” said Masilela, 64, who runs a creche for the children of Sasol workers in a metal shack decorated with painted rhinos and giraffes. “The only issue is the smoke and the affect it has on our health, but what can we do about it?”

The plant sits in the heart of Mpumalanga, an eastern province of South Africa. It’s a region where coal deposits led to Eskom erecting 11 coal-fired power stations that together with Sasol’s plant cause pollution across a swathe of the central and eastern parts of the country. Coal is also used for domestic cooking in the region, further compounding the problem. Environmental activists have sued the government over the pollution caused by the two companies, urging it to act to curb emissions.

Still, Sasol doesn’t dispute that Secunda is the world’s biggest single-site emitter. At 56.5 million tons of greenhouse gases a year, Secunda’s emissions exceed the individual totals of more than 100 countries, including Norway and Portugal, according to the Global Carbon Atlas. A 2019 study by Palo Alto-based Gray Sky Solutions estimates the plant may account for as many as 72 deaths a year.

“Worldwide studies have established linkages between air quality and human health,” Sasol said in a response to questions including whether its pollutants caused respiratory disease, cancer and death. “South African air quality standards are generally well aligned with the standards applied in other countries in which we operate, especially the EU.”

Air quality standards differ from emissions limits. However, South Africa’s limits on the emission of sulfur dioxide, one of the most dangerous pollutants generated by burning coal, are significantly weaker than a range of countries including India and China. Permissible levels of particulate emissions are several times higher than the European Union and those recommended by the World Health Organization.

And those most directly exposed to the toxic output say they suffer the health effects. That’s a concern made more acute by the arrival in South Africa of the coronavirus, whose symptoms include respiratory difficulties. While there were just 61 cases as of Monday, that was more than double the previous day’s tally that prompted President Cyril Ramaphosa to declare a national state of disaster.

“In the community where we are living at Emba there are a large number of people who are having sickness related to air quality,” said Fana Sibanyoni, who works with MS Environmental Projects, a local environmental activist group. “People are having asthma and they are dying, people are having cancer.”

Construction of Secunda began in the 1970s as South Africa, becoming increasingly isolated due to its apartheid policies, sought to reduce its reliance on crude oil imports. Today, the plant stretches for miles between the towns of Emba and Secunda. Clouds of steam rise from the boilers and dominate the view from both towns and the local casino, Graceland, which sits on a hill above the complex.

The company says it’s acting to curb its pollution, setting a 10% carbon-reduction target by 2030 and promising more detail on its plans in the “latter part of 2020.”

Sasol has won postponements until 2025 for complying with legal emissions limits, and it’s yet to come up with a solution for cutting sulfur-dioxide emissions beyond that date. Last year its board refused to table a climate change resolution at its annual general meeting.

The pressure to invest in equipment to curb emissions comes at a time when Sasol’s finances are in free-fall. The company’s debt has surged and its stock has plunged after billions of dollars of cost overruns at a chemical project in the US and the collapse in the oil price. The company is due to address investors on how it plans to protect its balance sheet later on Tuesday.

Secunda “produces without doubt the most polluting liquid fuels in the world,” said Lauri Myllyvirta, lead analyst for the Centre for Energy Research and Clean Air, an independent research body. “The most alarming part is that Sasol is delaying and opposing South Africa’s new air pollutant emissions standards that would more than halve the health impacts of industrial emissions.”

And yet Sasol is integral to South Africa’s economy and especially that of Secunda.

Together with its suppliers the company employs 22 000 people in Secunda and surrounding settlements. It finances training programs, pays for houses to be converted from coal to less polluting liquefied petroleum gas and sponsors community initiatives.

A banner above one of the town’s main streets reads “Our Sasol allowed us to provide quality health care to our community.”

“They do try help us with our needs. So saying I am against it or feel bad wont help,” she said. “Maybe I would feel better if I had other children, but he was my only child.”

The carbon debate is a racket that is scientifically unproven. The earth’s atmosphere itself produces carbon dioxide,a substance vital to the surval of man,animals and plants.Plant produce carbon.
So what is your proposalas an alternative to SASOL.Start walking ,make fires to cook food .Get a life and stop writing about fictional emotioional rubbish.

Chop Your Dollar 5 months ago

Actually Climate change as a result of carbon emissions is scientifically proven – just because scambots say it is not does not make that a fact. Just because you say this article is fiction does not make it fiction.

But this article is also about pollution levels (and also let’s not forget groundwater pollution from Sasol) that are actually killing people and costing South Africa direct rands and cents in additional healthcare that are not in its price of fuel and oil.

And don’t worry about needing to walk, fires for heating (which is expensive) – there are plenty of alternatives and our lifestyles, everyones, not just the corporate owners who don’t live in Emba, will improve with cheaper and cleaner energy, electricity and cars

True carbon dioxide (CO2) is not the problem.

It is the other thousands of compounds including NOx, SOx, CO, and particuates released together with CO2 that are more problematic. CO2 is a generalised term for the masses to understand but general air pollution is the problem..

SASOL is the single biggest air polluter no doubt.

If someone can supply me with any evidence (not reference to a computer model) that CO2 causes catastrophic warming, I would appreciate it. Evidence (observation and evidence) is the basis of science. Bring it on.

Likewise anecdotes of those dying from respiratory disease are emotional and unscientific. What is required is evidence that deaths from respiratory illness are statistically more prevalent amongst non smokers in Secunda that say for example Johannesburg.

An article like this calls for wisdom: the end goal of this movement is not saving the earth but a one-world socialist government. If you think this is some kind of whack-job conspiracy theory, then I urge you to read the Copenhagen Draft treaty, particularly sections 28 to 34. I find it very odd that the goals of the extinction rebellion, Goldman Sachs and Bloomberg are perfectly aligned. The goal is plunging the third world into energy poverty with the lie that renewables (excl. hydro) can supply the right amount of energy at the right price at the right time. It’s never been done.

I was hoping to find an article without any reference to Covid-19, but to no avail!

Well the filthy air is obvious when driving by.
What is not mentioned is the huge amounts of cattle grazing on the surrounding grassland and the mielie being grown in that area .
The consumer deserves to know if they are buying this polluted merchandise. 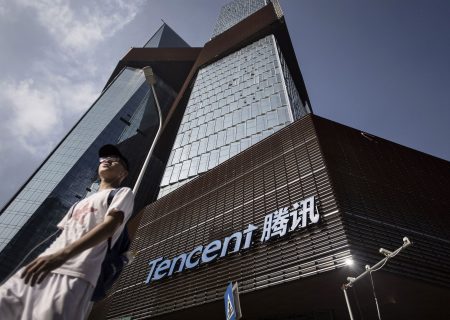 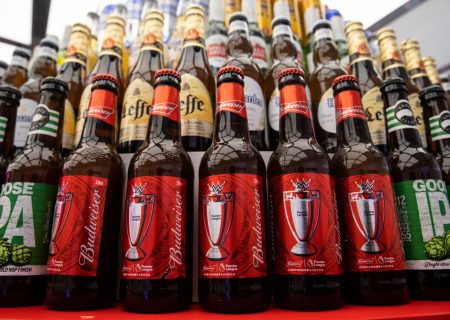