Load shedding a health hazard, increases the risk of obesity

Tashas to expand offering in SA, UAE and UK
Famous Brands cheap, but for a reason …
Market Watcher: Not all that glimmers is Gold Fields
CLICK THIS COMPANY MORE COMPANY NEWS SENS
FAMBRANDS 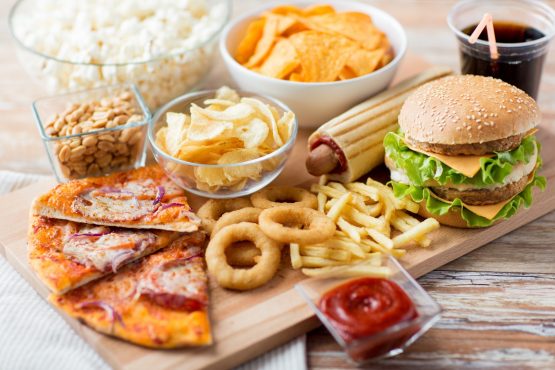 Takeaways are a convenient but less healthy alternative when meals cannot be cooked due to power outages. Image: Supplied

South Africa’s rotating power cuts are, according to the Tiger Brands Foundation (TBF), pushing a lot more households into buying fast food meals – and this is increasing the risk to people’s heath.

TBF operations manager Karl Muller says Eskom’s decision to ramp up load shedding to Stage 6 a few weeks ago – leaving SA households without power for at least six hours per day – fuelled a rise in food wastage in the country, leaving more households reluctant to buy fresh food and instead gravitating more towards takeaways.

Read:
Prices of these 15 basic foods are up over 15% from last year
South Africa’s hunger problem is turning into a major health crisis

“A lot of food is spoiled as a result of load shedding. Frozen foods can defrost and food items that need refrigeration warm up, while food that is mid-cook[ed] or needs a complete cycle in an oven, such as bread, is often ruined by blackouts,” Muller says.

“There is increasing evidence that load shedding is affecting South Africans’ food choices, which is not good news for our health as a nation. People are likely to turn to fast food when fresh food has either been spoilt or cannot be cooked due to power outages.”

The power utility in an update on Monday noted that load shedding will continue for another week, but at less intense levels as its systems continue to recover from the disruptions caused by wildcat wage strike action by some of its workers a few weeks ago.

Muller says that although South Africans are effectively victims of circumstance, the dependence on unhealthy fast foods as a result of load shedding is set to continue well into the future, placing more people at risk of developing various health conditions.

“Regular consumption of fast food has been linked to various ailments and health conditions, including obesity. Studies show that among South African adults, 68% of women and 31% of men are either overweight or obese, based on body mass index.”

Children, according to the TBF, are at greater risk of developing health ailments because they are still in the formative years of development.

Muller says it is important for people to educate themselves on the nutrition the food they are consuming is offering them so they can make better food choices.

“While seemingly unrelated problems, undernutrition, obesity and [being] overweight are largely a repercussion of people compelled to limited or no food choices due to poverty.”

Read: An increase in the sugar tax will decimate the industry

He adds that childhood obesity is a growing global epidemic, and is rising alarmingly in South Africa during childhood as well as adolescence.

“Nutrition education is critical in guiding people to make the best possible food choices with the money they have available.”

Listen as Fifi Peters discusses the sugar tax and its likely impact on obesity levels in SA with Millhouse International founder André Redinger: