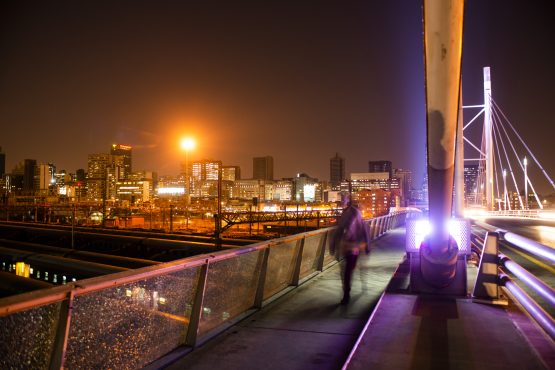 Electrical distribution equipment is not designed to be switched on and off constantly. Image: Waldo Swiegers/Bloomberg

As Eskom shifted from Stage 1 to Stage 2 to Stage 4 load shedding and then back to Stage 2, then Stage 3 this week, the impact on Johannesburg’s City Power grid has been chaotic.

By Thursday morning, the number of logged calls was in excess of 6 500, with over 1 100 open work orders. The city had fewer than 50 teams available, including contractors. More than half the open calls had been logged over 24 hours prior. (Calls are a somewhat problematic indicator as this relies on customers actually logging any faults, but this is the data City Power has.)

By 2pm on Thursday, the number of open work orders exceeded 1 200.

The city tracks known faults at mini-substations or on cables and the areas most impacted are Reuven (Booysens), Roodepoort and Hurst Hill depots, with more than half the current issues.

On Thursday morning, City Power confirmed it was attending several outages in Randburg, affecting Boskruin and parts of Bryanston.

Its Twitter feed is a near-constant stream of automated outage notifications across the entire city all week.

(Given the interconnected nature of the network, on Thursday there were also network faults on areas of Johannesburg which Eskom supplies directly).

Ward councillors bear the brunt of residents’ frustrations, but their ability to get city entities or depots to attend to issues is limited. They escalate issues and attempt to get feedback as far as possible, as this excellent piece by Joburg ward councillor David Potter explains. They cannot force city entities to respond to issues.

That the city is effectively being run on dozens of WhatsApp groups – relied on for coordination between various entities, teams, managers and depots – should be worrying. There is no real system in place.

Only some of the problems

There have been issues plaguing suburbs including Blairgowrie, Bordeaux, Ferndale, North Riding, Honeydew and Wilgeheuwel, with power simply not coming on after load shedding. This requires customers to wait between one and three hours for restoration. In Stage 4 load shedding, this could result in parts of the area being without power for long stretches (scheduled load shedding, delays in restoration and then scheduled load shedding again). There are localised faults too, causing some customers to be without power for days.

It goes without saying that electrical distribution equipment is not designed to be switched on and off constantly.

During the past 48hrs we’ve had only intermittent power. About 4 hrs in total about an hr often less. It’s not load shedding. Nothing since around 11am yesterday. It’s the circuit we’re on here in Standard Drive Blairgowrie. There is power across the road @CityPowerJhb

Last week, an oil leak at the Eskom transformer and cable fault at Brynorth substation saw parts of Bryanston without electricity for around 30 hours.

Supply was restored on Friday evening after all-day repairs.

An R18 million upgrade to replace the 11KV feeder board at this substation was due to start in March this year but City Power says it only has R8 million in its budget for this, together with R4 million which will be recovered from the insurance claim which was submitted following the explosion in 2019.

This leaves a shortfall of R6 million. Neither the procurement process, nor the upgrade has started.

This type of issue is not unique to Brynorth.

The unintended consequences of load shedding

The majority of the current issues on City Power’s network stem from grids tripping after restoration.

When restoring power to areas, the load could exceed capacity which results in the trips. This is why power sometimes comes on for a minute and then trips. City Power then has to dispatch operators to manually restore power. This process requires partial restoration and seeing which parts of an area’s network holds.

And sometimes there are trips on the Eskom intakes into the City Power grid. This is even more complex to resolve as it requires technicians from both City Power and Eskom’s distribution division to attend to the problem.

Moneyweb understands that City Power does not have enough operators to manually operate its network during load shedding.

The limited number of operators have to attend to multiple issues in different parts of the city, resulting in delays in restoration.

It is also believed the city’s call centre that takes calls on behalf of City Power and Johannesburg Water goes offline when there is load shedding in that area. The city has not ever confirmed this.

There are several knock-ons of this instability across City Power’s grid.

Most worrisome are the effects on Johannesburg Water, where certain pump stations and pumps are unable to operate during load shedding which has the potential to cause issues at city reservoirs.

Hurst Hill supply challenges (which have affected, among others, Helen Joseph Hospital and Rahima Moosa Mother and Child Hospital), partly as a result of electricity supply issues, are well-known. Bryanston reservoir was also affected by last week’s Brynorth outage.

There are also isolated reports of certain fibre outages linked to load shedding.

Backup supplies such as UPSs and generators cannot keep the network up in badly-affected areas forever.

And businesses? Those without backup supply simply can’t (and don’t) trade during load shedding.

This is the real impact, something which the city and Eskom seldom even acknowledge.

The accumulated effects of ANC corruption and mismanagement result in this.

It should be a crime for anyone in Government to say they govern for the people.

Good morning- yes substation are not designed to switch this mich. However City Power is also far behind on regular maintenance.

Please could you write articles about how we can help.

E.g. if every home had a timer on the geyser or a ripple switch (yes I know contentious) then we could have our geysers only operate at night when there is generally lower power consumption. 300 000 houses would mean we avoid stage 1 load shedding.

Subsidize solar panels as they did years ago with solar geysers.

A small battery installation that will kick Eskom in when needed.

It must be a criminal act to use these batteries in a taxi.

The best way to help is if the masses would stop voting ANC.

Third is get non payers to pay what they owe, then Eskom would have funds to conduct repairs.

Then we can start looking at smart geysers etc

This is Africa with corrupt ANC in power. No brains or logic left. Reverting to Africa mean which is the bush.

Gina: good point. Government could help cover cost of a time delay circuit breaker or many. When power restores, the loads under the breakers (aircons, geysers, ovens, large motors) would not all come on same time – the breakers can scatter them over any period.

While “educated” people like Gina keeps PC and avoids confronting the problem by not mentioning the BEE cancer in SA..

I will make toast, put the kettle on, blow dry my long hair while making a warm bath for when the power if off.

If you throw a brick from a 10 storey building, it falls to the ground. If you appoint incompetent people and get rid of competent ones for political reasons, you get chaos. Nobody can escape the rules of cause and consequence, which rules are colour-blind by the way. This is a self-manufactured crisis.

The cadres can do no wrong.

It’s all the residential geysers kicking in, when power is restored to a certain area.
Best to leave geyser switch (on your BD board) off for the first hour or so, to allow power consumption to smooth out as geysers get (manually) switched back on.

After a load-shedding power outage, I manually switch off all the DB-box circuits, except for ‘lights’…which I leave on, as indication power has been restored. Then you also avoid your sensitive equipment (connected to wall plugs) to get a power spike.

Give a minute or so, then switch on your other circuits (but leave geyser off, and switch on after 30-60min, or when needed)

Needless to say, besides load-shedding, many suburbs of Jo’burg having water outages as well.

All-in-all, one can say we’ve now arrived at 3rd world country status.
The ANC can don the phrase “Johannesburg is a world class city” for good. This nomenclature ceased to apply.

In my experience unless a process is automated most residents will not bother to try and prevent overloads. They will, however, waste no time flooding the whatsapp group the moment the electricity goes off.

Blackouts … they cause ‘load shedding’

The break down of infrastructure and many faults being reported is due to an increase of Illegal Connections. There is a significant number of people from townships, suburbs and industries that are connecting illegally thus putting strain on the system through dubious connections and through overloading.

Brought to you by the anc government

We are now getting to around 3 decades of mismanagement of organizations where decisions are being made by people promoted way past their own levels of incompetence.
Something had to give.
We are now bearing the brunt of it, unfortunately. Also announced his company will double cement production in Cameroon.