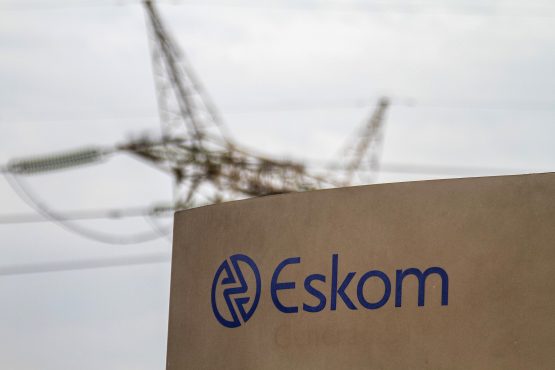 Eskom has implemented Stage 3 rotational load shedding for this weekend and until 5am on Monday. Image: Nadine Hutton/Bloomberg

After a respite from power cuts for the past few days until Friday afternoon, Eskom has now escalated load shedding to Stage 3 for this weekend.

The power utility was forced to implement Stage 2 rotational load shedding on Friday evening, following unplanned outages or breakdowns hitting 11 427 MW at 8pm and planned maintenance being above 7 000MW.

“Despite some units having returned to service last night, Stage 3 load shedding will be implemented from 09:00 today to accommodate the shortage of capacity and to replenish emergency reserves, until 05:00 on Monday,” it explained in a statement.

“Diesel reserves for open-cycle gas turbines and water reserves for the hydro-pumped storage schemes were utilised extensively yesterday and overnight to supplement the shortage of capacity and are not at adequate levels to sustain the capacity shortage for today,” Eskom added.

“Unplanned outages or breakdowns were at 10 612 MW as at 06:00 this morning while planned maintenance is at 6 574MW. As the system is vulnerable, any additional changes on the system performance may require a shift in stage at short notice,” it noted.

Eskom said that while it regrets the short notice, it “communicated earlier that any shift on the system will require the implementation of load shedding” at short notice.

“We remind customers that load shedding is a highly controlled process implemented by the System Operator to ensure the security of the power system and to prevent a national blackout. Eskom reminds South Africans that there is a possibility of increased load shedding over the next 18 months as we are conducting critical maintenance to restore the ageing plant to good health,” it added.

* Load shedding schedules can be viewed on the Eskom website at https://loadshedding.eskom.co.za or on local municipal websites, depending on a customer’s electricity supplier.

This was caused by the need by CR not to have load shedding during the SONA time.

How clever is this? What was he trying to prove? How well its going? Hope the rest of the world does not think what I think.

Then you have de Ruyter flying all the way down there to go and listen to this “Nonsense”. I wouldn’t have thought he has the free time? Does he get paid while out galavanting?

Exactly my thoughts – Eskom burnt all available diesel and emptied the water storage schemes so that there would be no load shedding during the SONA. Whatever we do, we must not embarrass the BMIC – the Big Man in Charge.
We have officially been a banana republic for some time now.

With the ANC, it is always party ABOVE country.

Here is the ideal solution to avoid load shedding:
Have a SONA every day!!
Then we can all watch Netflix without interruption.

An absolute testament to the ANC and cadre’s inability to run anything without breaking it.
VIVA ANC VIVA liberation and free electricity (when available)

Maintenance is not a word the cadres are familiar with. This is evident wherever you look.

It is Saturday. Power went off at 8. I bought my smokes and beer before the power went on and I am happy. I also took a spin in my 4 liter V8, adding some much needed carbon into the atmosphere. Life is good.

Why don’t you just get a gas geyser. They only use gas when you turn on the hot water tap. Almost instant heat. Hot water no matter what happens with electricity and pretty sure it works out cheaper. Money that’s not spend on corrupt municipalities and Eskom is a bonus.

The American version of a plane crash is ” a controlled descent into terrain” The Eskom version of a blackout is load shedding ,which is a controlled process implemented by the system operator. Makes us all feel so much better about it.

In true communist fashion, Luthuli House will soon change the constitution to add another 4 hours to every day, to allow Eskom to implement stage 6 load shedding. All of this to protect jobs and to fund BEE. If there are not enough hours in a day for all the load shedding, simply change the constitution. Why should a day only have 24 hours? This is a colonialist, white supremacist thing!

Anyone know why Eskom can’t get diesoline into its gas turbines faster than the turbines are using it? Could it be that the contracted tenderpreneurs have nothing bigger than 25 litre cans to carry it in, perhaps?

Necessity is the mother of invention.
During Apartheid, SA came up with solutions on which to survive.
I’m not sure the ANC have the same resilience as the old Nationalist Party…
Just saying….

What have they ever “invented”?