Lockdown’s impact on manufacturing worse than 2008 The manufacturing industry has been dealt a blow by the Covid-19 crisis. Image: Luis Tato, Bloomberg

The staggering decline comes after most of the sector came to a near standstill during the nationwide alert Level 5 lockdown in April and only partially returned to normal production levels in May.

Nicolai Claassen, Stats SA Director of Industry Statistics, describes the impact on the sector as much worse than what was seen during the 2008 financial global crisis. “The largest factory decline that was also recorded then was also in April, of 23.2% y/y,” he says.

The biggest contributors to the decline were caused by:

Seasonally-adjusted manufacturing production decreased by 16.9% in the three months ended in April 2020 compared with the previous three months. All ten manufacturing divisions reported negative growth rates over this period.

When someone tests positive for covid, and they shut the workplace as a result, how can they be sure that they received the correct result for the correct person? One business may be forced to close down because someone at another business contracted the disease!

Testing for covid is an exercise in futility if you are a South African citizen. Firstly, the person who collects the sample can make many mistakes, even if this person was trained. The sample can be taken in the wrong way, then the sample can get the wrong label, get lost in transport, get thrown away by someone who needs a tea break, the results can be misdiagnosed in the lab, labelled incorrectly, lost in the lab and misplaced.

In South Africa, if you get the results of your own test sample, it will be a miracle. If you get the correct results from your own sample within such a period that it is of any use to you, it will be an even bigger miracle. If you believe that all these miracles can happen to you, at the same time, then you are naive. Whether your test comes out as positive or negative does not say whether you are infected or not. Your reaction to the results simply proves if you are naive or not. In other words, the covid test is a psychological test, not a physiological test.

In South Africa, we close businesses for disinfection because someone tested positive for naivety.

And yet markets are almost back to their all time highs. Something is going to give.

Definitely not the market.

Try going to Melbourne. Another 6 week hard lockdown to kill their economy!

The Chinese virus.004% deaths !!!!!! The flu 4.2% deaths This is a government usurping power and they are all on the job trainee’s that move around amoungst their many departments to ruin a new area.

….how about the COMBINED negative impact of BOTH Covid-19 lockdown AND Eskom Loadshedding??

= continued decline of SA to resemble that of an insignificant little African state. 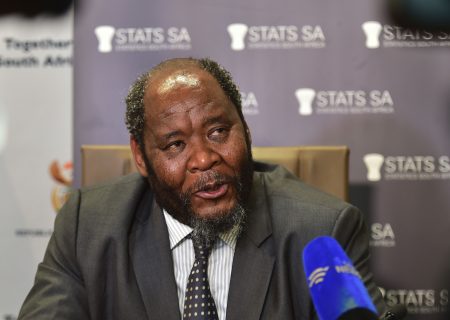