It was in the ANC’s best interests to act upon corruption swiftly and efficiently – court.
By Barbara Curson 12 Jul 2021  10:26 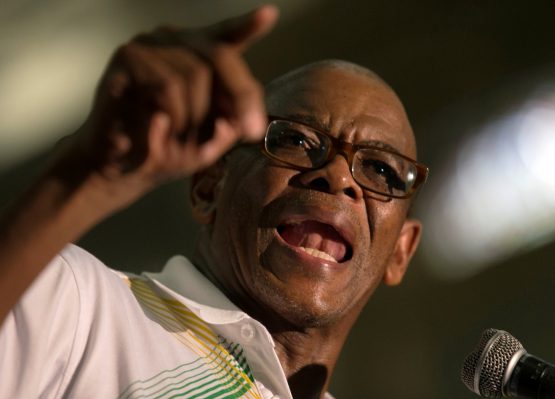 In a judgment handed down by the High Court Gauteng Division on July 9, 2021, Ace Magashule lost his court case in which he had challenged his suspension from the ANC.

The respondents, ANC President Cyril Ramaphosa; ANC Deputy Secretary General (DSG) Jessie Duarte, and the ANC, opposed his contentions. They argued that the interests and the integrity of the ANC in fighting corruption provided the overarching basis for his suspension, and that his rights were not violated.

At the 54th National Conference of the ANC held at Nasrec (Conference) in December 2017, concern was raised about the impact of corruption on the affairs of the ANC, and its sustainability as a political party.

The conference committed to “isolate and root out corrupt tendencies in the public and private sectors”. The threat of the loss of confidence in the ANC because of corruption was included in the conference report. It was resolved that the ANC should take decisive action against all members involved in corruption.

It was further resolved that every cadre “accused of, or reported to be involved in” corrupt practices accounts to the Integrity Committee (IC) immediately, and that the ANC would summarily suspend someone who failed to give an acceptable explanation or to voluntarily step down while they face disciplinary, investigative or prosecutorial procedures.

The step-aside rule had already been adopted in a resolution at the ANC’s 4th National General Council (NGC) in October 2015.

The ANC IC was established under Rule 24 of the ANC constitution. Rule 24.2 essentially provides that any unethical or immoral conduct by a member that can bring the ANC into disrepute should be brought to the IC’s attention.

The step-aside principle was further evolved at the NEC meeting of July 31 to August 2, 2020.

In November 2020, the National Prosecuting Authority (NPA) charged Magashule with several criminal offences, including fraud, corruption and money-laundering relating to his tenure as former premier of the Free State from 2009 to 2017.

Following his indictment, Magashule appeared before the IC on December 12, 2020.

On May 3, 2021, the DSG informed Magashule that he was temporarily suspended.

The court recognised that the matter before it concerned a dispute within the ANC, essentially a “private dispute between members of a private organisation”.

The court opined that courts have previously found that, “a political party is a voluntary association founded on the basis of mutual agreement”, and added that the political party must be consistent with the Constitution.

Magashule’s contentions and the court’s finding have been summarised:

The court reasoned that Magashule should have been aware “that he fell into the category of members of the ANC who had been indicted for serious criminal offences”, and that it was in the interests of the ANC to act upon corruption swiftly and efficiently.

Magashule is the new poster-child for ‘delusionsal’.

Mark my words: Ace will become SA’s future president (…if I look at the way things are going on the past few days)

Where do these guys get the money to take on the highest and most expensive courts in the land and keep on losing?