It had been anticipated that ANC secretary-general Ace Magashule would appear.
By Barbara Curson 15 Apr 2021  00:01 Gwede Mantashe, national chair of the ANC, appeared before the Zondo Commission on Wednesday to testify to evidence related to parliamentary oversight.

Evidence leader Advocate Alec Freund SC introduced the day’s proceedings by referring to the number of affidavits that had been deposed by various witnesses on parliamentary oversight.

It had been anticipated that Ace Magashule, the secretary-general of the ANC, would appear. But the governing party then replaced him with Mantashe.

Commission sent invitations to all parties represented in parliament

Deputy Chief Justice Raymond Zondo expressed his appreciation that the ruling party is taking part in the proceedings of the commission. He noted his concern that there had been no initial response from the ANC last year when the commission had sent invitations to all the political parties represented in parliament to make submissions on various issues, particularly on matters of parliamentary oversight.

Zondo said he came to understand that perhaps the invitation did not get to the right persons in the party, as it took a few months for the ANC to respond.

He remarked that it is important that the ruling party takes part in issues being covered by the commission, particularly in matters such as parliamentary oversight.

Mantashe was given the opportunity to make an opening statement, which turned out to be a very long speech.

He covered the goal of transformative constitutionality, the compilation of the party’s candidate list, ANC development and deployment policy, the complexities of modern government, lessons from the UK, the need for political will in accountability, constitutional expectation of parliamentary oversight and accountability, the relationship between Luthuli House and the ANC representatives in parliament, and monitoring ANC performance in portfolio committees.

Mantashe indicated that he would outline the key issues dealt with in his affidavit.

He reached back to 1991, when he delivered a speech on the new constitutional framework.

His speech included a discussion of the unification of the country, the “so-called homelands”, common citizenship, democracy-based proportional representation, a bill of rights that protects human rights, mechanisms to aid a country’s social and economic transformation, and affirmative action not discrimination.

Thereafter, Mantashe spoke of the electoral system, transformative constitutionalism, concept papers, policies adopted, contesting elections, the election manifesto of the ANC, the policy that “at least 50 of candidates are women”, that the president chooses the cabinet only after consultation with the ANC and its alliance partners (so that unity is maintained), and referred to the confusion that arose from the evidence given by the banking institutions on their meetings with the ANC.

Rising out of the ashes

Mantashe emphasised that “all South Africans, black and white, must embrace the commission with open arms”, and that:

“The ANC exhorts all South Africans to persevere. We have to endure the pain and emotional trauma of building a nation with a single identity out of the ashes of a racially divided and inhumane past and build a strong capable state from an exclusionary and illegitimate past.”

Mantashe observed that in 1994 all director-generals of all state departments and all judges were white males. “So, that is what we are referring to.”

Developing and training cadres to take a role in the state

“It makes a huge difference,” he added.

Mantashe said the Democratic Alliance refers to the cadre employment policy “for their own reasons”.

He explained that there is a process of training people to take a role in the state, and that they were sent to various institutions and countries “where they took courses in public policy”.

Mantashe said they didn’t just take people from the street and put them into public service, “there was a conscious purpose of training people to take a role in the state”.

Mantashe explained that the purpose of the ANC political school in South Africa established in April 2013, was to conduct political education and training for all leadership structures and to develop the “capabilities of cadres to undertake the tasks for which they were deployed and to develop the calibre of cadres to monitor and ensure policy efficiency of ANC policy development”.

Mantashe explained the relationship between the ANC and the Guptas. The New Age newspaper was formed because they needed diversity in the media.

“The ANC had no knowledge of the other business interests of the Gupta family – “what we know today we didn’t know then”.

Mantashe noted that the ANC has been going through a period of instability partly due to the Gupta family and the former president (Jacob Zuma), and that parliamentary oversight is in need of reform.

Proceedings to continue into the night

Zondo noted that he was encouraged by some of the comments made which commit the ruling party to ensuring that there is effective oversight and accountability in respect of the parliamentary function.

Advocate Freund will now lead the evidence, which will include questioning Mantashe on the meaning of some of the statements made in his opening statement.

The commission is under tremendous time pressure, and the proceedings will continue well into the night.

Such a pity that the witness had nothing to say about the State Capture which he presided over.

Often wonder if people giving evidence at the commission are actually mentally fit to do so? Should they not be checked out??

Did not hear such concentrated BS for quite some time.

In other words, the incapacity of the state is not due to ignorance or inexperience but a concerted effort at looting and racist backlash.

1.”a nation with a single identity out of the ashes of a racially divided and inhumane past and build a strong capable state from an exclusionary and illegitimate past” and
2.“The ANC had no knowledge of the other business interests of the Gupta family – “what we know today we didn’t know then”.

with referring to the first quote, the “ashes” can also refer to the way the anc taught its disciples to burn down everything when they do not get their day dreaming wishes / promises made by anc leaders immediately;

referring to the second quote, the question is: for the past 25+years in what kind of dream land did you live in not to see with your self admitted cadre employed employees what was/is still currently happening right under your eyes??????????

now,20 years later, that you say you know the guptas took the anc for massive looting ride, what are going to do about the wrongdoing thereof or is the plundering part of the anc making it too difficult to take any action???
what will be your future excuse/s in the next 20 years for anc failures??? incompetence is the anc’s 1st, middle and last name

lame, but very lame excuses, anc invested too much time and money in the “Hazenile mineral” – the battery is already flat 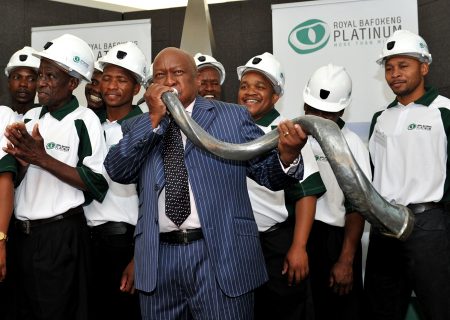