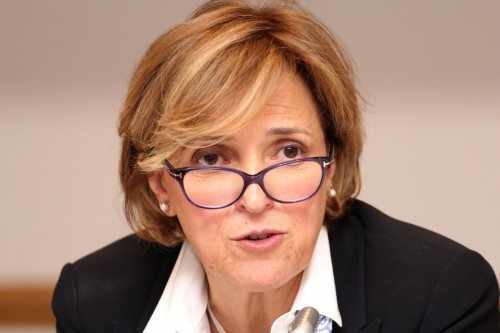 The Constitution of South Africa decrees that everyone has the right to dignity.

It also guarantees the right to freedom of expression.

At what point does freedom of expression impugn one’s right to dignity?

And does the press have additional rights to publish defamatory statements in the interests of the public’s right to know?

And can one argue defamation and reputational damage where one’s career is still on the upward trajectory? Should a public figure not be open to public scrutiny?

“On 9 December 2020, Independent Media published an article on the Independent Online website, and in the Star [newspaper], which contained various false and defamatory statements concerning Ramos.

These include that she is guilty of ‘fixing the rand’, engaged in conduct that amounts to, and justifies criminal charges for, ‘treason or corruption’, and that she received improper quid pro quos.”

Independent Media is not a member of the South African Press Council, and Ramos therefore had to approach the courts.

Judge RM Keightley referred to the case of The Citizen newspaper versus former Ekurhuleni Metro Police chief Robert McBride, in which Judge Edwin Cameron noted that: “A constitutional boundary is the express provision in the Bill of Rights that freedom of expression does not extend to hate speech …” and remarked that the freedom of the press is must be balanced against other constitutionally protected rights such as dignity and reputation.

Keightley noted that defamation is the wrongful and intentional publication of a defamatory statement, and the party who made the statement must be able to rebut the statement on a balance of probabilities.

Importantly, the court is concerned with the meaning given to the statement by the readers. How would the “reasonable reader of ordinary intelligence” understand the statement?

Keightley noted that the statements were made about Ramos in her personal capacity, and that there was no link in the article to Absa’s role in the rand-fixing, or to Ramos being chief executive of Absa.

The court also noted that the rand-fixing matter was written about in the media three years prior, in 2017.

Keightley disagreed with the Independent Media submission that readers would understand that Ramos should be held accountable as chief executive of Absa.

Keightley agreed that the “false and defamatory statements” that Ramos was involved in currency fixing, which warranted “charges of treason and corruption” against her, “would tend seriously to lower her esteem in the eyes of her peers and the public”.

It is also defamatory to say that Ramos would escape criminal justice because she has “undue protection”, and that the private donation she made to President Cyril Ramaphosa’s political campaign gave her “political protection from prosecution”.

Keightley found that although the defence argued that the article didn’t mean that “Ramos was personally involved in rand fixing”, it could not “assert any truth or public benefit in statements to this effect”.

Can Independent Media show that charges of corruption or treason are justified against Ramos as CEO of Absa for the latter’s part in rand-fixing?

The court noted that Black Land First (BLF) had laid charges against Ramos, and that Independent Media had attached a copy of an article appearing on BLF’s website as evidence. The court deduced that the charges against Ramos have political origins. The court also noted that “one does not have to dig very deep to come up with any number of perfectly valid alternative reasons why the charges laid by BLF have not resulted in any prosecutions against Ms Ramos …”

Keightley found that: “These facts do not show that charges of corruption or treason are justified against Ms Ramos, even in her representative capacity.” And noted that the reference to charges of treason are studiously avoided by the respondents [Independent Media] in their answering affidavit …”

Keightley found that the editorial opinion in The Star, in particular the concluding comment – that “… in any other country Ramos would have been charged with treason or corruption but she won’t be. Rather she will be appointed to chair more boards …” – is “not based on facts that are substantially true”.

Keightley noted that the article did not mention that Ramos had publicly apologised on behalf of Absa three years prior.

Read: How much Maria Ramos got paid on leaving Absa (Apr 2020)

Keightley referred to the Supreme Court of Appeal decision in National Media Ltd and Others v (Pretoria attorney Nthedi) Bogoshi that if a media publication can prove that it believed that a statement was true, and that it was in the public interest, the publication thereof would not be wrongful. But the person about whom the statement is made must be given the opportunity to respond.

Ramos was not given the opportunity to comment before the article was published, only afterwards. Keightley found that “an ex post facto offer to respond obviously cannot retrospectively make lawful what was from inception a defamatory and prima facie unlawful publication”.

“The defence of reasonable publication does not extend so far.”

Keightley found that Ramos’s rights had been breached, and that the statements made about her “are indeed defamatory, false and unlawful”.

Independent Media had contended that “since Ramos’s career advancement has not been affected since the rand fixing news broke five years ago, she cannot claim that her reputation actually has been tarnished”.

Keightley noted that this submission missed the point, as Ramos’s claim is based on defamation.

Keightley found in favour of Ramos, and awarded costs against Independent Media.

Keightley also ordered the publication of an apology, and a retraction of the article from all of Independent Media’s online websites, including its Twitter accounts and Facebook pages.

Good for her! It’s nonsense that these newspapers can say whatever they want and then rely on the costs of litigation to deter people from suing them.

It is becoming increasingly difficult to believe any of the media.

How sad-with her track record -to make noise about her feelings being hurt. Pathetic.

She should rather slide into oblivion and be forgotten

I would have done exactly as she did if I were in the same boat. It’s simply becoming too easy to lob a hand grenade in SA these days and step away to watch the explosion. I hope de Ruyter goes the same route in his issue re racism.

Couldn’t have happened to a nicer rag

As an ex-FX trader, it has always been my view, that is in ”near impossible” for any trader(s) in an FX Dealing room to do the following, without being caught out by the Chief Dealer, Internal Audit (middle office) , as these discussions is out there in the clear – i.e. chat rooms on Reuters and Bloomberg.

Every single trade (fictitious or real) gets audited, checked and confirmed independently by both middle- and back office.

• Divide the markets by agreeing when to refrain from trading;
• Take turns to trade;
• Pull or hold a trade;
• Post fictitious trades to manipulate prices to maximize profits or avoid losses; and
• Illegally share information on customers’ identities and details of their trades.

These are some of the dodgy traders identified in the Competition Commission’s explosive report on currency manipulation (Sunday Times 19 February 2017).

Should Maria Ramos have been aware of this – No ways. Her best chance would have been if it was reported to her after the story broke the news.

Yet, there are ample examples of collusion in anything from futures to LIBOR to Fx.

Perhaps our traders don’t need to crook because they are already stacked with buy/sell margin on the Runt. For the volume traded globally, the buy/sell margin quoted by for example ABSA is obscene.

It’s more complicated than this. The dealer does not profit ”directly” with the collusion scheme. He trades on behalf of the Authorized official (not in his own name or account).

Most FX traders are employed on a ”profit sharing scheme” – if he makes a lot of profit for the Bank, his profit pool gets increased etc, hence my strong view that this type of operation should heve been picked up…..

Sorry, when I use traders I mean the system between my $100 and the nephew that receives it overseas. I encourage paypal dollar accounts. Makes it all basically like a rand EFT beneficiary payment