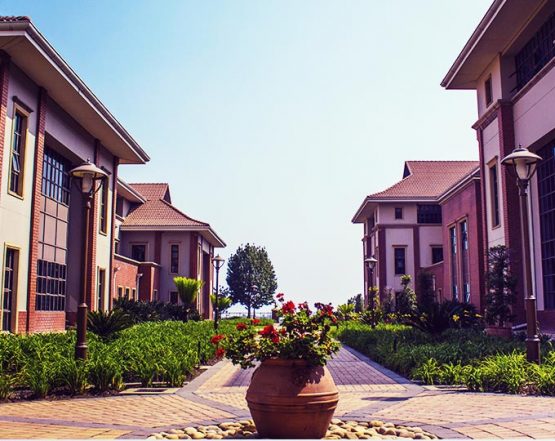 Not only is the sale of The Campus in Bryanston now in jeopardy, the company also risks losing its current B-BBEE rating. Image: Supplied

Several former executives at Dimension Data are caught up in a fraud scandal following a forensic probe into the December 2019 sale of The Campus, its iconic head office in Bryanston, Johannesburg.

The developments have created a crisis for Dimension Data, putting the sale of The Campus in jeopardy. The company also risks losing its broad-based black economic empowerment (B-BBEE) rating.

Read: Dimension Data: its past, present and future

According to an anonymous source who leaked the details of the investigation to TechCentral earlier this week, the evidence from the whistleblower was compelling enough to prompt NTT to appoint Herbert Smith Freehills to probe the matter.

It’s understood from the source that the report, which followed numerous interviews and a forensic analysis of hundreds of e-mails, has implicated several former Dimension Data executives in an allegedly unlawful enrichment scheme.

The developments are likely to prove a big test for newly appointed Dimension Data CEO Werner Kapp, who took the reins from the long-serving Grant Bodley on April 1 last year.

Speaking to TechCentral on Thursday, a Dimension Data spokesman declined to name the executives concerned.

However, the company said the former executives had failed to disclose their personal financial interest in the sale of The Campus. This has created a crisis for Dimension Data – and for parent NTT – because this disclosure is required under the Companies Act and “could affect the validity of the transaction”, it said.

TechCentral’s anonymous source said that if the transaction is reversed, it would also affect Dimension Data’s B-BBEE rating and its ability to attract clients as a result.

The source said: “The e-mails uncovered by Herbert Smith Freehills show how the implicated executives conspired to sell The Campus to [Identity Property Co] at a price well below its market value.

“Simultaneously, the implicated executives secured their participation in a separate but related entity that would see them profit handsomely from the undervalued sale of The Campus.

“Simply put, this amounted to the defrauding of the ultimate owner of The Campus, that being Dimension Data’s parent company, NTT.”

The Campus was sold to Identity Propco, a black women-owned firm led by Sonja de Bruyn, a well-known businesswoman who sits on the boards of companies including Remgro and Discovery Group. The Dimension Data spokesman said the Herbert Smith Freehills report did not implicate De Bruyn in any way.

A non-executive director of Dimension Data at the time – she resigned following a recent restructuring – De Bruyn recused herself from all matters related to The Campus transaction, the company spokesman said.

Read: Dimension Data said to be poised to sell The Campus [2019]

Asked whether Dimension Data intends seeking civil damages from the former executives and/or pursuing criminal charges against them, the company said: “We are in the process of taking legal advice that may affect other parties, including potentially the relevant executives. As such, we cannot divulge any further details of the report at this stage.”

For this reason, the company is also not prepared to name the former executives fingered in the report, he said.

In a holding statement issued exclusively to TechCentral following the publication’s enquiries into the matter, Dimension Data said it is “currently working closely with Identity PropCo to find a solution which achieves the original objectives of the transaction while preserving the interests of Dimension Data and Identity PropCo”.

Dimension Data said it first became aware of the former executives’ dealings when discussing the alignment of the company’s governance structures to what is in place across the parent group. “We have and will continue to make any statutory, regulatory or other necessary disclosures in consultation with our legal counsel,” it said.

TechCentral conducted a detailed interview with former Dimension Data CEO Grant Bodley on December 4, 2019, in which he set out the complex details of the sale of The Campus and the associated empowerment transaction.

As part of the transaction, Dimension Data agreed to set aside 15% of its equity in its South African business, called Dimension Data Investments South Africa, for a new empowerment-based staff share scheme, which would also include selected white and black senior managers of the IT group.

The deals together would give Dimension Data 51% black ownership recognition under convoluted empowerment rules (though parent NTT would continue to control the asset). This would put the group in a stronger position to bid for major contracts, especially in government and the financial services sector, Bodley said in the interview.

Dimension Data agreed to allocate share option units to qualifying staff, which would vest in three years and pay out in seven years, subject to growth in equity value.

Outside selected top managers, only black staff would be able to participate. The scheme was vendor-financed at a discounted rate.

“This is not a remuneration scheme. It’s part of our commitment to transformation,” Bodley said in the December 2019 interview.

The transaction resulted in Dimension Data climbing the B-BBEE scorecard rankings, from a Level 4 to a Level 2 contributor. But getting there was highly complex.

This is how Bodley explained it:

Then, on the sale of The Campus, Bodley explained in the interview that the BEE codes cater for the sale of shares to qualify for ownership if certain criteria are met, and these include a sale-of-assets transaction.

“Dimension Data’s sale of The Campus met these criteria and as such it is able to include the resultant points in its ownership score,” Bodley explained in the interview.

I think the term “massive” is overstated in this instance especially when you compare it to the really “massive frauds” perpetrated by companies like African Bank, EOH, Steinhoff and Tongaat ( to name a few!) where accountability and punishment have not been forthcoming. This is a minuscule fraud ( if any) by comparison.

Let’s talk about a fraud that is something worth talking about. Fraud to the tune of R5.5 bn that bankrupted Lonmin, the 3rd largest platinum mine in the world. The current president never repaid the money. The Nkandla issue pales in comparison.

We don’t call it fraud, because the ANC legalized this fraud to allow it to continue unabated to this very day. Legalized plunder is the most damaging type of fraud because the process actually robs the poor and tramples on the unemployed masses for the benefit of the wealthy BEE elite.

The fact that they are “turkeys that vote for Christmas”, describes and underscores the cognitive inferiority of populist voters. They plunder themselves, hoping to get a kickback.