‘How do we make sure that our labour laws don’t impinge on the ability of small and medium enterprises to function effectively?’
By Antony Sguazzin, Bloomberg 18 Jun 2021  15:04 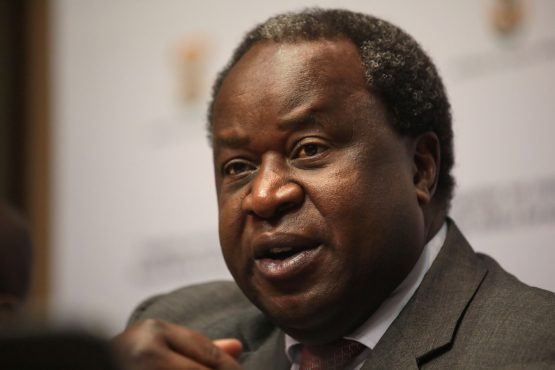 Tito Mboweni, the architect of many of South Africa’s labour laws, said it may be time to review them to ensure they aren’t impeding economic growth.

South Africa’s current finance minister told an investment conference on Thursday that when he served as the first post-apartheid labour minister from 1994 to 1998 “we made a number of mistakes that need to be attended to.”

“To what extent are some of the labour policies we put in place acting as binding constraints?” he said at the conference organised by JSE and sponsored by Citibank and Absa Group. “How do we make sure that our labour laws don’t impinge on the ability of small and medium enterprises to function effectively?”

South Africa’s labour laws have been praised and criticised in turn for protecting workers rights and discouraging hiring in a country where a third of the labour force is unemployed — in part because of their rigidity.

While labour unions would oppose any changes, a commission should perhaps be set up to examine the laws and amend them where necessary, said Mboweni, who also served as central bank governor for a decade.

The minister was adamant the Treasury won’t back down on its insistence that any wage agreement for state workers mustn’t breach the government’s fiscal ceiling — a stance that’s stoking tension with powerful labour unions allied to the ruling African National Congress.

Last year, the government reneged on a prior deal to raise wages for 1.3 million government workers, and in February Mboweni announced a new three-year pay freeze in the public sector as part of plans to rein in spending, reduce the budget deficit and stabilise debt.

Unions, which are demanding increases of inflation, which averaged 3.3% last year, plus four percentage points, have threatened to strike. Mboweni stressed that workers’ rights would need to be protected.

“On a broader scale there are many people talking about a basic income grant, that has to be debated and we have to find a solution that’s favourable to us,” Mboweni said. “None of us can be happy when our neighbour goes to bed hungry, but also we do not want to create a system which makes people be totally dependent on the state.”

Mboweni praised the state’s recent announcements that it may cede control of South African Airways, the bankrupt national carrier, to private investors, and that companies will be allowed to build their own power plants with up to 100 megawatts of generating capacity without needing a license.

The conference was closed to the media but a recording of Mboweni’s comments was later released by the National Treasury on Twitter.

In case you missed out:

This is hilarious. It’s like children learning at the expense of their parents this government

Employment incentives at least make for a partial solution to the huge unemployment problem, however this alone would not encourage me to hire people that you then literally cannot fire for any reason should they not be suitable without jumping through extreme hoops surrounded by fire.

Productivity will only improve when employees learn that they need to perform otherwise they are out. Even senior staff have no sense of dedication or loyalty and in general the lack of self betterment and the will to learn new skills is sadly lacking.

In order for this country to become great again a major change needs to happen and quickly.

Not sure what you mean by this country to “become great again”?

When was this country ever “great”. Sure, the scenery and climate are great, but not the economy or employment figures.

When socialists want a capitalist outcome by doing it the socialist way they can say real stupid things.

Nothing will come of this.

Mboweni is a damp squib.

A Damp Squib and a Nutless Squirrel in charge.

Mboweni also couldn’t care what non-black South Africans think. His concern is for the country as a whole over everyone for everyone

Without food/land security, change will not be seen.

“… labour laws, said it may be time to review them to ensure they aren’t impeding economic growth”

Sadly this is the usual spiel. Say “positive things” to the investment community, the bankers, the business fraternity, etc.; then say the total opposite to the masses, most of who are already dependent on the state, and the unions.
Fortunately, nothing will happen either way, nothing ever does!!