The report isn’t a roadmap, but a rough estimate of what a well-managed economic transition requires.
By Eric Roston, Bloomberg 29 Jan 2022  00:39 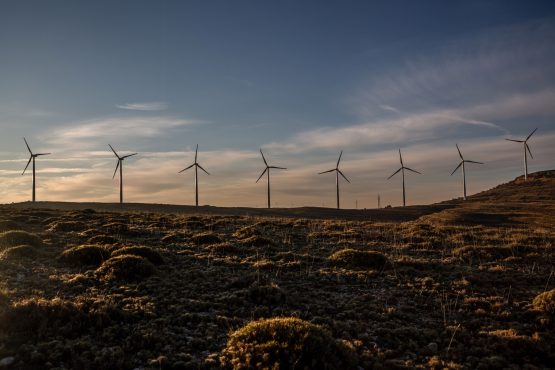 A new analysis from McKinsey & Co. estimates that the investment, in new infrastructure and systems, needed to meet international climate goals could be $9.2 trillion a year annually through 2050. That’s at least $3.5 trillion more a year than the world is currently laying out for both low-carbon and fossil-fuel infrastructure and changes in how people use land.

McKinsey analysts wanted a sense of how much investment would be necessary, and what behavioural changes would be required, to slash the impact of greenhouse gas pollution to zero by 2050, in alignment with scientific guidance and the Paris Agreement. Their findings suggest that in return for stable planetary conditions, coal use would be virtually eliminated globally by 2050. Oil and gas production would drop 55% and 70%, respectively, and 200 million new jobs would replace 185 million positions the global economy no longer needed. Power-sector investment could raise electricity prices by a quarter until 2040 and they would remain 20% higher than today through 2050.

No one knows with any precision the damage that unchecked climate change would inflict on the world. But scientists say the toll would be much heavier than the cost of avoiding it.

Developing countries are in the tightest spot, because they’d have to spend the most on new infrastructure as a share of their GDP—10.8% of GDP in sub-Saharan Africa and India, according to the report, versus 6.4% in the U.S. There are disparities within countries as well. The research identified 44 US counties where more than 10% of jobs depend on fossil-fuel industries or carmakers, and people have high risk of dislocation unless governments enact transition and retraining policies. Reaching net-zero emissions by 2050 would require unprecedented cooperation by everyone, globally, from national leaders to corporations to individual consumers. The team identified nine key requirements that include not only low-carbon infrastructure, but new supply chains to produce it, large changes to capital allocation and finance, and institutions and public support strong enough to complete the task.

Advanced technology is required but not enough on its own.

“When we think about technology, we may be further along than people realise,” said Mekala Krishnan, a partner at the McKinsey Global Institute, McKinsey’s in-house think tank, and a report co-author. “About 85% of the emissions reductions that we need to get to net-zero in Europe are viable with technologies that exist today.”

The report complements a January 2020 McKinsey analysis that looked at the physical impacts of climate change. As much as the new work argues that a net-zero transition would be much less disabling than unabated climate change, the authors also strongly underscore that a strategic, coordinated transition is dramatically less costly than an ad hoc, reactive transition.

“This is truly a global problem that will require a global solution,” said Hamid Samandari, a McKinsey senior partner and co-author. “It will require a level of cooperation and resolve, and unity of purpose that is beyond what it has been in the past.”

The report isn’t a roadmap, the authors said, but a rough estimate of what a well-managed economic transition requires, taking into account everything from infrastructure to inequality. It’s a big assignment that comes with several caveats — among them, “it is not clear whether a 1.5°C scenario is achievable in the first place, nor what pathway the world would take to achieve it if it were,” the authors write. In the Paris Agreement, nations agreed to limit global warming to “well below 2°C,” compared with preindustrial levels — and  identified 1.5°C as an even safer option. A 2018 UN scientific report emphasised the importance of ending emissions by 2050 to have a chance at keeping below the 1.5°C limit.

McKinsey’s estimates are based on a scenario developed by the Network for Greening the Financial System, a group of dozens of central banks that swap research and potential climate policy solutions. It allows researchers to envision an end-goal—here the end of CO₂ emissions by 2050 — and work backwards from there to estimated costs of achieving it across the global economy.

Last McKinsey study I saw had lifetime lithium ion battery cost at something like $0.18/kWh.