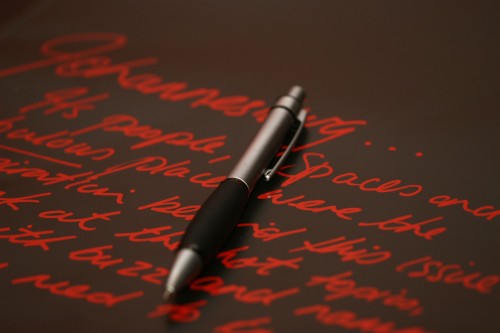 The Competition Tribunal severely criticised Media24 when it set out its reasons for dismissing rival Caxton’s urgent application to force Media24 to notify Competition Authorities of a merger and stop the listing of Media24 subsidiary Novus.

It concluded that Media24 was neither honest, nor transparent in previous submissions and that a director, whom it named, contradicted himself under oath.

It accused Media24 of “cynical attempts to avoid having to notify the Commission” of certain events and said: “We have very little sympathy for the way in which Media24 has conducted itself”.

The Caxton application was dismissed in March, but delayed the listing of Novus (previously known as Paarl Media) by a few days. Novus has since been successfully listed.

Based on four earlier submissions by Media24 to the competition authorities, Caxton argued that Novus chairman Lambert Retief has operation independence in terms of a management agreement concluded in 2008.

The operational independence was a mechanism put in place in 2000 when Media24 and Paarl Post Web Printers formed a new printing company, the predecessor of what is now called Novus. Concerns about Media24’s dominance were then alleviated by the belief that Retief would be in control and would not prioritise the interests of Media24 over that of the printing company, where the interests clashed.

It would thereby give protection to competitors of Media24 that are also clients of Novus.

Caxton argued in its application that Retief’s control changed in terms of a restated agreement concluded in January, in preparation for the listing. This resulted in sole control by Media24, instead of the earlier joint control and this change constituted a merger that requires approval from the Competition Authorities.

Media24 denied that the new management agreement constitutes a merger and said if anything, Media24’s powers would be diluted by the listing.

In 2014 Media24 did notify the Competition Commission of a merger between Novus and itself as Retief wanted to retire, but abandoned the merger after Caxton was allowed to intervene and put the spotlight on the control structure of Naspers, of which Media24 is a subsidiary.

Caxton in the urgent application argued that the restated management agreement seeks to avoid a merger notification and thereby to avoid the scrutiny of the Competition Authorities.

Media24 denied this and said the new agreement differs fundamentally from the abandoned merger.

The tribunal reverted to a factual enquiry about the status of Retief’s control in terms of the 2008 agreement and found that he did not have operational autonomy, contrary to what Media24 itself said in earlier submissions.

It found that there was not material change in control in preparation for the listing and therefore dismissed Caxton’s application.

The tribunal then dealt with Media24’s prior submissions on control of Novus and says it begs the question, has Media24 been transparent about the locus of control of Novus. “Unequivocally no”, it says.

The tribunal says Advocate Wim Trengove SC, who acted for Caxton, “correctly pointed out” that a director of Media24 whom it names, contradicted himself under oath on the matter.

“We agree with Mr Trengrove that Media24 has exaggerated Mr. Retief’s role in prior proceedings when it suited it”, the Tribunal said. “Media24 would have known all along what the de facto control position it is now espousing was, at all relevant times.”

The tribunal calls the 2008 and 2015 management agreements “cynical attempts to avoid having to notify the commission in the event of Mr. Retief disposing of his shares” and continues: “We have very little sympathy for the way in which Media24 has conducted itself.”

When asked to comment on the Tribunal’s comments Esmaré Weideman, CEO of Media24 said: “We have noted the reasons given by the Tribunal for not allowing Caxton to block the listing of Novus Holdings and were not surprised that Caxton’s application failed.

“It is regrettable that the Tribunal concluded that our submissions were inconsistent with prior filings and questioned whether Media24 had been entirely transparent and honest. In our view, the Tribunal was not provided with the full context of prior submissions and Caxton was selective in what it drew the Tribunal’s attention to. Many of the statements which Caxton quoted in their submission read very differently when put in context.  Due to the urgency of the matter we did not have the luxury of time to properly contextualise such statements.

“We are pleased that the Tribunal’s findings accord with those previously expressed by Media24, namely that there is no substantial difference between the previous management agreement and the one implemented post-listing.”

Heather Irvine, head of antitrust and competition at Norton Rose Fulbright says the Competition Act provides for any person giving false information in writing to be criminally charged. The Competition Commission is tasked with the enforcement of the Act and should therefore lay the charges.

Acting Deputy Commissioner of the Competition Commission, Hardin Ratshisusu, said the commission noted the tribunal’s ruling and the reasons for the decision and pointed out that the application was launched by Caxton on an urgent basis directly to the tribunal.

It said in the light of the fact that Caxton is appealing the ruling it cannot comment now.

Terry Moolman CEO of Caxton and CTP Publishers and Printers said the ruling in the Novus case is a “pyrrhic victory for Media24, and notwithstanding that we are considering an appeal, the Competition Tribunal has clearly understood our concerns.”

He said Caxton trusts that the tribunal’s judgment will result in an in-depth investigation by the Competition Commission into Media24 and Paarl Media’s (now Novus) conduct.

The judgment questions the truth of the submissions which Media24 and its associated companies have made to the competition authorities in recent times, he said.

“It also calls into question the extent to which Media24 and its related companies have acted in good faith in their various dealings with the competition authorities.

“Caxton believes that Media24 and Paarl Media have been completely expedient in the manner in which they have made submissions to the competition authorities in relation to the issue of the control of Paarl Media.

“Caxton is involved in a number of other matters before the tribunal, involving other members of the Naspers group, where it appears to Caxton that the authority of the competition authorities has simply been ignored by the dominant media player in the country. It is difficult to see how Media24 can claim moral authority in its newspapers when its corporate managers conduct themselves in this way.

“What they have done is no different from what we have experienced in our dealings with Naspers for the past 30 years,” says Moolman.

*Caxton is a majority shareholder in Moneyweb

“What they have done is no different from what we have experienced in our dealings with Naspers for the past 30 years,” says Moolman.

Moolman, maybe you should volunteer more information if you make a statement like that. I will tell you ”something for nothing”….’If you want to run with the big dogs, you can’t piss like a puppy”!

Caxton had a similar market cap to Naspers at one point and now they’re literally less than 1% of its size. Maybe they should focus on building something instead of chasing vendettas.