MMC for Transport says an additional R22m has been allocated to refurbish other buses.
By Nondumiso Lehutso 5 Jul 2022  14:36 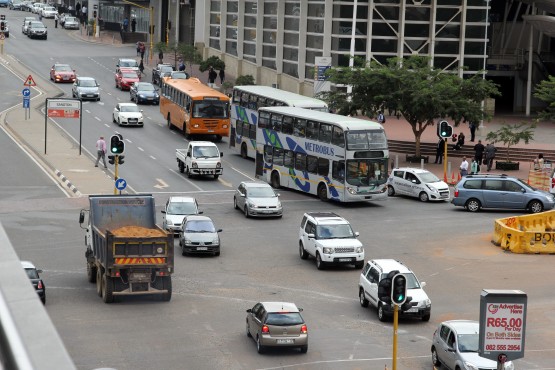 The City of Johannesburg has allocated R60 million to its municipal bus operator Metrobus for the purchase of new buses in the 2023/24 financial year.

“As political head of the city’s transport department, I could no longer ignore the pressing need to purchase new buses as part of a long-term strategy to renew the entity’s fleet,” transport member of the mayoral committee (MMC) Funzi Ngobeni explains.

The MMC noted in a statement issued on Tuesday that the planning process for procuring the new buses will begin in this 2022/23 financial year with a lead-time of between six and 10 months for order placements and the delivery of the vehicles.

An additional R22 million has been allocated for the new financial year, to refurbish additional buses.

However, Ngobeni says that the allocated budget for the new fleet is far from the R450 million initially requested by the operator.

“Metrobus is integral to fulfilling the city’s constitutional mandate of providing safe, reliable, and affordable public transportation, but the company has had to fulfil this mandate under very difficult conditions. This includes operating buses that are beyond their useful lifespan,” he says, adding that Metrobus has a significant number of operational vehicles that are 15 and 21 years old, despite their 12-year lifespans.

Ngobeni  has committed to working work with Metrobus’s executive management and board to find long-term, sustainable solutions to find the rest of the funding requested, via for example alternative funding mechanisms and revenue generating initiatives that will form part of the bus group’s turnaround strategy. This includes the acquisition of an automated fare collection (AFC) system intended to remove cash from buses in order to fully account for revenue.

“About R99 million has been allocated for this system in the 2023/24 financial year followed by a further R100 million in the year after,” notes the statement.

According to Ngobeni, Metrobus is already making progress despite its current budgetary constraints.

He says Metrobus has just concluded a successful three-year Bus Refurbishment Programme and had refurbished 105 buses against a target of 100 buses by the end of June 2022.

The MMC says a total of R19.7 million was spent on refurbishing 35 buses during the 2021/22 financial year.