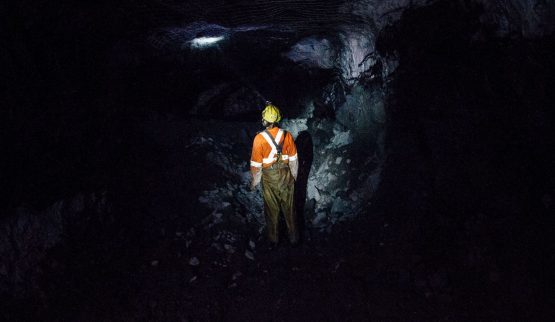 Boosted by signs of a new commodity price super-cycle, South Africa’s mineral sales keep on moving into higher gear, with a new record level having been attained for the first two months of the year.

After a dismal start to the year in 2018, when the value of mineral sales for January and February declined by 3.2% (year on year), the fortunes of the country’s mining industry changed dramatically, with increases of 14.4% and 20.8% in the first two months of 2019 and 2020, respectively. The local mining sector clearly ignored the “year of the pandemic”. 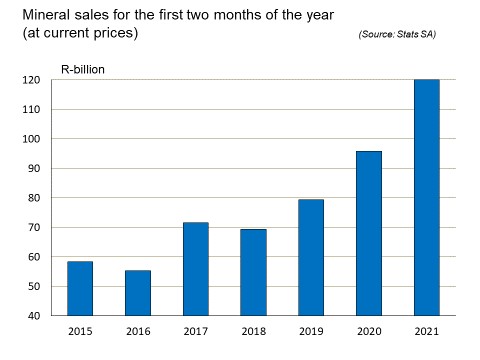 So far this year, mineral sales have become even more rampant, with a further increase of more than 25% over the 2020 figure. To put the value of mineral sales of R120 billion during January and February into perspective, it is equal to the total output of the agricultural sector in 2020.

A direct consequence of the sterling performance of the mining sector is a handsome cumulative trade surplus for January and February, namely more than R41 billion. An indirect consequence that has an important bearing on the future direction of monetary policy is the impact on the value of the rand exchange rate.

Although exporters are probably frustrated at the sustained (albeit volatile) strengthening of the rand/US dollar exchange rate since April 2020, importers and consumers are enjoying a field day, with inflation remaining in check and dipping below the bottom end of the Reserve Bank’s target range for the consumer price index (CPI) in February.

A strong rand, which is also assuming a measure of stability of late, essentially obviates any fears over a rise in the repo rate (and, by inference, the prime overdraft rate), which is good news for consumers, businesses wishing to expand their capacity and venture capitalists.

Ultimately, it also favours employment creation and a broadening of the taxation base. The executive leadership at the South African Revenue Service will therefore be most pleased with the way that mineral sales have kicked off the New Year. A feature of the composition of mineral sales during January and February is a further change to the “Big-4” ranking. Three years ago, coal and gold were in positions number one and two, respectively, with platinum and iron ore at numbers three and four, respectively.

These two groups have now switched over, with the platinum group metals and iron ore commanding positions number one and two. The ranking of manganese remains steady at number five, followed by chromium and nickel.

The global economic recovery is clearly gaining momentum, with the International Monetary Fund recently having raised its forecast for world growth in 2021 from 5.5% to 6%, stating that prospects for a stronger recovery continue to emerge. The two largest economies in the world, the US and China, are now expected to grow at 6.4% and 8.4%, respectively, in 2021.

The UK and India, which are the fifth and sixth largest economies in the world, are forecast to grow at 5.3% and 12.5%, respectively, whilst South Africa’s growth forecast has been upgraded to 3.1%.

Substantial fiscal, monetary and financial support measures, progress with mass vaccinations, the enforcement of health protocols and e-commerce being thrust into fast forward mode have all contributed to a V-shaped economic recovery in most countries.

Strong demand for South Africa’s minerals seems likely to continue well into the future, which bodes well for a larger measure of currency stability and a healthy balance of payments.

Dr Roelof Botha is economic advisor to the Optimum Group.

This is fantastic for the rand and for the country. Bring in the dollars!!! All the naysayers will be eating rotten eggs. Anchor capital, all the offshore punters…haha this is so awesome!

I cannot agree with you more. Super high mineral prices, we have them all.

Plus very good weather for Agriculture, no more drought.

How much longer can the bad news continue???
Yes the Rand will improve.

So awesome to see us doing well! People like us make this country great. Keep up the Positivity through all the noise!

Can not see how inflation rate can be 3.88% and steel prices are near double from this time lat year?