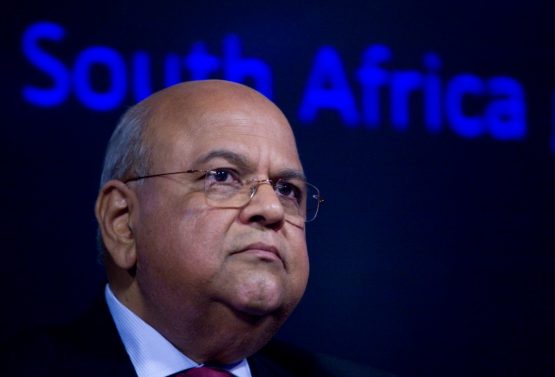 Trade union Solidarity is giving former finance minister Pravin Gordhan the opportunity to tell the court everything he knows about Brian Molefe and his controversial reinstatement at Eskom.

The trade union has cited Gordhan as one of the respondents in its urgent application to have Molefe’s reinstatement overturned.

This, Solidarity deputy general secretary Deon Reyneke told Moneyweb, was done in an effort to give Gordhan an opportunity to “assist the court” with any information he might have on the matter.

Molefe left Eskom at the end of last year after he was implicated in former Public Protector Thuli Madonsela’s State of Capture report, saying that it was in the interest of good governance and that he wanted to clear his name.

He was subsequently sworn in as a member of parliament and tipped to replace Gordhan as finance minister. In the meantime, public enterprises minister Lynne Brown blocked a pension payout to Molefe that would have cost Eskom more than R30 million. Molefe did not get the finance post and was controversially reinstated as Eskom CEO earlier this month, with Brown saying that this was part of a settlement with Molefe that “offered significantly better value to the fiscus”.

Solidarity’s application will be heard on June 20, separate from the DA and EFF applications due in court on June 6. The Solidarity application is distinct from the others in the remedies it applies for.

It asks the court to review and set aside the decision by the Eskom board taken around February 9 last year to grant Molefe what it calls a “pension carve-out” that would have resulted in much bigger early retirement benefits than the rules of the Eskom Pension and Provident Fund (EPPF) allowed and would have cost Eskom a lot of money.

Solidarity further asks the court to review and set aside the Eskom board decision of November 2016 to accept Molefe’s early retirement proposal at a cost of about R30 million as well as the May 2017 board decision to reinstate Molefe as Eskom CEO.

The trade union asks the court for an order to compel the Director of Public Prosecutions to investigate the conduct of Molefe and members of the Eskom board with regard to the decisions, which it alleges “are tainted by unlawfulness, unconstitutionality and sheer criminality”.

Finally, Solidarity asks for a cost order to be paid by Molefe and the Eskom board members in their personal capacities.

Solidarity cites 21 respondents, including Molefe, public enterprises minister Lynne Brown and each individual Eskom board member, the Public Protector, Director of Public Prosecutions, the EPPF and the ANC, DA and EFF. Other respondents include the National Union of Mineworkers (NUM), the National Union of Metalworkers of South Africa (NUMSA) which, like Solidarity, has representation at Eskom, and Gordhan.

Reyneke, who is also the deponent on behalf of Solidarity, states in his affidavit that Gordhan “has spoken out publicly against Molefe’s actions and has called for an investigation into his role at Eskom”. Reyneke then states that Gordhan “is cited because he may have information relating to the relief sought in this application and that information may be of help to this court in what remedy ought to be granted against the relevant respondents.”

During a hearing of a parliamentary committee on the matter last week, Gordhan lashed out at Brown and the Eskom leadership. He accused the board of abusing state resources, most probably wittingly, and said they should resign or be fired. He said what happened at Eskom is part of a pattern of state capture.

According to Reyneke, Solidarity had not had any contact with Gordhan about his willingness to testify during the hearing, but hopes that, given the opportunity, he will rise to the occasion. Asked whether Solidarity is banking on revelations by Gordhan relating to his tenure as finance minister in charge of the national treasury, Reyneke said “any information” that Gordhan could provide would be welcome.

Gordhan has not yet indicated how he will respond to Solidarity’s court papers.

In its application, Solidarity relies on the sequence of events as disclosed by Molefe and Eskom board chairperson Dr Ben Ngubane in their affidavits in response to the DA application.

The trade union points out that Molefe attended a board committee meeting where the pension carve-out was discussed and decided –without excusing himself or disclosing his conflict of interest. This, Solidarity argues, is in conflict with key principles of good governance.

It argues that the carve-out decision was unfair since it benefited Molefe at the cost of Eskom and, as such, was taken for an ulterior and improper purpose, in addition to being taken in Molefe’s presence. It asks the court to find the decision to be unconstitutional, unlawful and invalid – and to set it aside.

Solidarity claims that the decision to grant Molefe early retirement was in contravention of the EPPF rules, and that he simply resigned.

He could therefore not be reinstated, only reappointed –following the prescribed processes. This was not done, Solidarity argues. The decision to reinstate him was unlawful, irrational in the light of the Public Protector’s report, arbitrary and in contravention of the rule of law, it states.

Solidarity states that Molefe and Eskom board members should pay the costs of the application from their own pockets in light of the “impropriety which has led to this application and which has been a cardinal feature of each aspect of Mr Molefe’s appointment, termination and reinstatement.” It concludes that the board has failed in its fiduciary duty towards Eskom and favoured Molefe instead.

OR to leave the ANC!

Good for Solidarity. Although a little bit in the ‘johnny come lately’ category, the more court pressure the better. And the action includes costs for Baby Brian and the Eskom Board in their personal capacity (they caused the mess and should pay up without using tax payer money).

Solidarity has been more active than you realise!
http://www.news24.com/SouthAfrica/News/solidarity-to-lodge-un-hrc-complaints-over-racism-double-standards-20170507

So to justify the R30m payout to the sudden elevation to Dr. Molefe Eskom pension & provident fund sent the following to its members believing that this will be ok!!

email to antoinette@moneyweb.co.za and we’ll sort it out.

how about solidariteit puts pressure on Afrikaner owned companies to transform

How about non-Afrikaner owned companies pull up their socks and compete them out of business? Specially the ones that do not have the BEE overhead? There must be sufficient tenderpreneurs around by now that can put a couple of billion together to support these upcoming businesses by now. Look at the list of richest in SA? Or am I missing something? What are the BBC and similar support organisations doing? Maybe MWeb can run a feature of their achievements over the past 10 years?

Poor “Shaokhan”, to what must the so called “Afrikaner” owned company transform, a BBBEEE+ downgrade, burning tyres and looting foreigners owned shops. To try to be equal to another, is just proof of a lack of ambition. Remember where you made your “X”, take your own responsibility for your actions.

Why don’t you ask “P Motsepe” to fire “van der Merwe”, and appoint “Molefe”, to transform to your request.

The article heading is unfortunate. The first sentence however places the subject in context.
Solidarity offers Gordhan and others an opportunity to address the rot!