Citing a stalling economy and the crippling effects of power outages.
By Nqobile Dludla, Reuters 17 Feb 2020  15:45 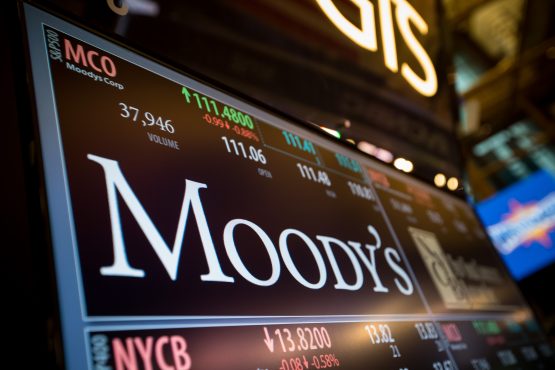 Moody's lowers its growth forecast for South Africa on the back of slow economic growth and continued power outages. Image: Michael Nagle, Bloomberg

Ratings agency Moody’s has cut its 2020 growth forecast for South Africa to 0.7%, saying the economy remained stuck in low gear due to lacklustre private sector demand at home.

Moody’s, which in September had foreseen growth of 1.5%, also attributed the downgrade to the detrimental impact of widespread power outages on manufacturing and mining activity, it said in a research report released on Monday.

State-owned utility Eskom produces more than 90% of South Africa’s electricity, but its ailing fleet of coal-fired plants have struggled to keep up with demand, leading to periodic crippling power shortages.

Mines across South Africa shut down in December after flash flooding triggered the most severe blackouts in more than a decade, threatening the key export sector.

President Cyril Ramaphosa, who is under pressure to quicken the pace of reform, said in an annual address to parliament last week that his government would shortly issue plans to procure more power and increase generating capacity outside Eskom.

The central bank expects economic growth of 1.2% in 2020, higher than the International Monetary Fund’s forecast in January of 0.8%. The country needs growth of at least 3% to tackle soaring unemployment and poverty and lure back investors.

The rating agency left South Africa on the brink of “junk” status in November last year after it revised the outlook on the country’s last investment-grade credit rating to “negative.”

Moody’s is the last of the major international agencies to keep an investment-grade rating on the sovereign and is scheduled to review that assessment in March.

They were in a bad moody today!

We’ll be lucky to see 0.5% growth i.m.o.. But then I’m only speculating using the science of “gut feel”.

your gut is better than the logic doing the rounds

“President Cyril Ramaphosa, who is under pressure to quicken the pace of reform,…” What reform? There is NO reform so how can one “quicken the pace”? All there is is regression.