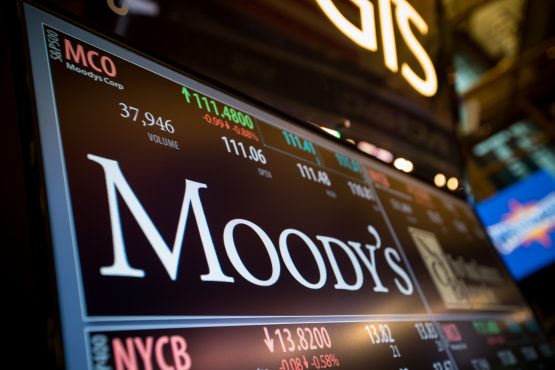 Credit ratings agency Moody’s Investor Service expects SA’s economic growth to “pick up slowly” due to weak investor confidence and slow policy reforms, which will prevail until the 2019 election.

“We are expecting a very slow pickup in the economy. We think things look fairly stable. The worst has passed but things are not going to be rosy,” says Moody’s vice-president Lucie Villa.

Moody’s recently halved its economic growth forecast for SA after the announcement by Statistics South Africa that the economy plunged into a recession in the second quarter.

Although Moody’s expects finance minister Nhlanhla Nene to unveil some fiscal adjustments in the medium-term budget policy statement on October 24, it says the 2018/19 fiscal year will be difficult.

Moody’s expects a fiscal deficit of around 4% of gross domestic product (GDP) in the 2018/19 financial year — much higher than the 3.6% penciled in by the National Treasury.

“In the medium term, we believe there is still fiscal flexibility. But the main risks to our budget deficit expectations include rising interest costs in the context of increasing emerging market risk aversion and potential support to SOEs,” she says.

It expects government’s debt burden to stabilise, at 56% of GDP. But this is not a concern for Moody’s as the maturity profile of debt held by SA’s government is long relative to its emerging market peers.

“Maturity of debt for the South African government is very long at 15 to 30 years. Higher interest rates will result to higher payments, but the maturity profit of debt is shorter in SA than in other vulnerable emerging markets.”

“The government has flexibility in adjusting the non-salary part of wage bill, for example, working on retirement packages but there is a political cost to that.”

Moody’s is the last of the three major rating agencies to rate the country’s sovereign credit rating at investment grade.

It affirmed this rating in March when it kept the country’s local and foreign debt at Baa3, which is investment grade and once notch above junk. Moody’s revised its outlook to stable from negative, citing an improving policy framework.

The next review will potentially be on October 12. Moody’s sees a “small chance”of a ratings change.

As foreigners head for the exit, the local pension and insurance industry could step in and buy bonds.

It sounds as if they are still suffering from Ramaphoria.

I agree – when the GEPF decides its time to reduce its exposure to SA you have a much better baramoter of reality than some analyst sitting overseas who relies on occasional field trips and the internet!

I saw no mention of the impending land grab ? Do they know something we don’t ?

Moody’s continued refusal to downgrade is so obviously a political one and has very little to do with economics in my opinion.

One wonders what’s in it for them? Aren’t rating agencies supposed to be beacons for investors? Surely their reputations are at stake.