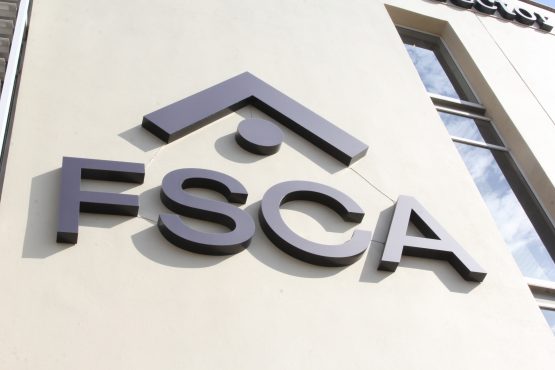 MTI management: ‘Johann told us that when the FSCA took all the electronic devices, a security protocol was put in place with the broker to avoid all our member bitcoin being stolen … .’ Image: Moneyweb

Below is a statement released by the management of so-called bitcoin trading group Mirror Trading International on the disappearance of its founder and CEO Johann Steynberg, who apparently left the country on December 3.

Steynberg’s disappearance follows a raid by the Financial Sector Conduct Authority (FSCA) and it issuing a warning to the public to avoid getting involved in MTI.

The FSCA opened a criminal case against MTI on Thursday.

Apologies to all members for the lack of communication – MTI Management and leaders have not responded to this terrible situation before now as we had to wait for the facts to be verified before we could release any information.

Johann is in Brazil as far as we know.

Johann has not been truthful with management, leaders or members.

We as management and leaders do not know if our bitcoin is safe.

Management has contacted the server team; they are co-operating fully.

Management has been in contact with the broker, trade300, but now believe this company is potentially owned and operated by Johann Steynberg. Communication with the broker has been sparse and unforthcoming.

The whole management team is co-operating with law enforcement and will continue to do so until this matter is resolved.

Nerina Steynberg (Johann’s wife) is yet to file a missing persons’ report.

Detailed report from the Management and Leaders’ Team:

Following the search and seizure warrants executed by the FSCA on the 26th of October 2020, things started unravelling quickly at MTI, [and] it was becoming very difficult to handle to [the] amount of work created for each department. Each department was expanded, with more training staff being brought in. Support employed 22 more support staff and we insisted that Johann get help in the technical department as it was clear he and Nerina were not coping. The system kept crashing and Johann told us that we had had numerous hacking attempts by a Russian syndicate. He sent us the details of these, some demanding extremely high ransoms.

On the day of the raid an independent contractor to MTI, a crypto expert was contacted, and asked to contact Camila (the senior account manager) at trade300 [MTI’s unregulated broker] and tell her that our accounts may be compromised as a result of the raid and she must wait to hear from Johann before allowing any access to the broker account of MTI, which the contractor did immediately.

The contractor had trade300 contact details as we had asked him to help Johann to cryptographically prove MTI’s bitcoin balance to the FSCA and the public. Johann however did not supply the necessary details to him to complete this process.

Johann told us that when the FSCA took all the electronic devices, a security protocol was put in place with the broker to avoid all our member bitcoin being stolen, this included a limitation of withdrawals. This was communicated to all members on managements’ insistence.

A week after the raid, Johann requested that Clynton Marks give him BTC to pay members that had made withdrawals as the limitation on withdrawals with the broker was still a hinderance. Johann agreed to put in 400btc as well. Clynton then agreed and paid over 400btc of his own outside of MTI to Johann on the 1st, 11th and 12th of November 2020. Management has no proof that Johann did contribute the amount he stated. Clynton Marks had full confidence that he would get his Bitcoin back.

Johann frantically processed withdrawals and management insisted on this being the highest priority knowing full well Cheri Marks had promised this to members on Johann’s instruction.

On the 30th of November Johann received an email from an anonymous source. Shame. The poor leadership. Maybe investors could help them out until things are normalized.

That’s not to much to ask??

Cheri and the rest of the crime family (sorry, ‘directors’) must be ecstatic that they can now blame all their woes on Johann. Funny how quiet the shills are, though…

….and their “trading BOT” is overworked, and need a holiday too! *lol*

But wait! Salvation is at hand! They’re going to sell their ‘bot’ to Jeff Bezos….or is it Warren Buffett?…for an embarrassingly huge amount of money, and all their ‘investors’ will get all their money back, and then some.

Sounds like a very similar “exit strategy” as was the case with BTC Global, where Cheri Marks (and her husband & few others were involved): the remaining team makes up a story, to try and give themselves a bit of a “final saving face” and last bit of buying time.

What happens is that the scheme silently implodes but trying to keep things “formal”, but is in fact ‘controlled chaos’…

A few months ago, I was writing long replies here (essays) about trying to warn people to not fall with the Bitcoin punts. You have irresponsibly promoted the idea of investing in Bitcoin on this site, without letting people know of the risks and giving their perspective.

You contributed to this.

And now you are just writing an article again about this Ponzi-scheme.

The problem isn’t bitcoin, the problem is scams and schemes around trading and doing whatever other funny thing with crypto. People are messing with things they do not understand and many also have fear of missing out. Hell, I don’t even understand crypto itself so I avoid it altogether.

But you are indeed correct, money webs crypto part just seems to talks up crypto, when do we read the negatives stories MoneyWeb?

C’mon, his wallet can surely be traced. Experts in crypto made us to believe that. Now it’s time to walk the talk. Crypto-experts just need to follow the chain in the past blocks created.)

Please don’t tell me that the management team did not immediately realise that the anonymous letter that was addressed to Steinberg, was written by himself. “‘n Benoude kat maak benoude spronge”.

They are not much of a management team if they allowed themselves to be scammed by such a lowlife in such an obvious Ponzi-scheme. Now the fun really starts! Every investor who received payouts will have to pay it back to the liquidators of this scheme. They have no record of where the bitcoin went, but they do have records of every payout. SARS is also waiting in the wings.

After losing the value of the investment, the investors will have to refund the benefits that were paid out to them, and then, SARS will be on their case with penalties and interest. With a Ponzi-scheme, even if you win, you still lose.

This would have never happened under The National Party (Nasionale Party).

No. They would started a whole newspaper to run the PR campaign, outsourced the dirty tricks to (and laundered the money through) front companies like Delta-G Scientific, and then acted perplexed when the witnesses kept falling out of 10th floor windows at John Vorster Square.

And then they fired the person responsible for the newspaper, Rhoodie, the prime minister, Vorster, resigned, and a possible candidate for the prime minister’s post, Mulder, also had his career ruined. As for those who fell from windows – they were such nice, innocent kindergarten teachers, neh?

MTI was the digital version of about 1982 Kubus

Like your humour – I’m sure you mean the dumb a-holes would have taken the Bitcoins and buried them like the Kruger rands. Then at least the treasure map could have been found and the people could have got their money back with no harm done at all.

Utter rubbish. This is just another phase of the ponzi. Now all “investors” and operators claim ignorance. The FSCA needs to immediatly release a statement informing people that thier “profits” are not theirs and need to surrender it. The idea is to dupe the small time investor, lose a few thousand Rand, the small investor wont really make a fuss, they wont even come forward cause of embarresment. All the large investors are in cahoots. This is somewhat different to Herman Pretorious and his RelativeARBfund ponzi, where he had to shoot his partner and then himself, to keep the wolves at bay.(remember that like it was yesterday). I am skeptical of Topham from FSCA.(ex DA politician)
My idea is put a bounty on his head, yes bounty hunters are real people, unlock the beauty of crypto, pay them with crypto anywhere in the world for the body of Steynberg.

Had to check the date quick, thought it was April the 1st.

That statement was written by a person who has been watching too much Days of our Lives and/or 7de Laan – in addition they ate the whole brandy christmas cake a few days too early.

Say what you want, but I still don’t understand why you would buy a number generated by a computer. They keep calling it ‘investing’ in Crypto, but I still think it is all about finding a buyer even more stupid than yourself.

No man Japie, it takes 200,000 kWh of computing power to calculate that lotto number! People don’t realize this, but that is precisely the AC kWh that the Sun produces on the Tropic of Capricorn from 1MW of solar energy if you don’t count weekends and public holidays and public service strikes.

THAT is why crypto is special. Nothing to do with being a handy untraceable way to smokkel

Still waiting for Moneyweb to show some interest in MyWealthMethod and for the FSCA to investigate them – it’s only a matter of time.

Here’s another one: CBI Global, webpage at cbiglobal.io

Those two must be some of the most obvious local ponzi schemes.

Wheres Hlaudi when you need him? Perfect script for one of his “Local is Lekker” Friday night movies on SABC 2. #whodunnit