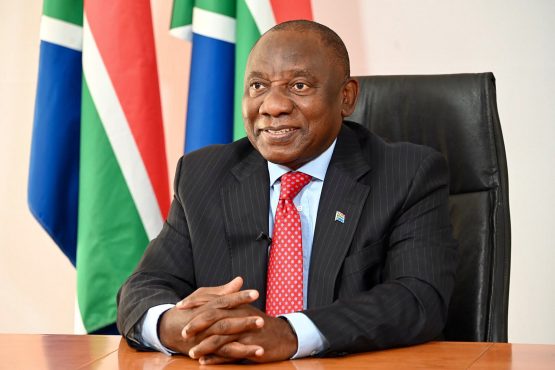 In exactly one week from today, South Africans will go to the polls to elect their local representatives.

These elections are an opportunity for people to make their voices heard about the most pressing issues affecting their daily lives. They are also an opportunity to hold elected representatives accountable for the promises they have made to communities.

These elections are about the material issues that matter most to people, such as access to water and electricity, properly functioning hospitals and clinics, safety and security guaranteed by an efficient police service, well-maintained roads and well-resourced public schools.

These are the ‘bread and butter issues’ of which Amilcar Cabral wrote in 1965 when he said that people do not fight for ideas, but “to win material benefits, to live better and in peace, to see their lives go forward, and to guarantee the future of their children.”

For this reason, it is paramount that South Africans should approach their civic duty to vote in local government elections with the same enthusiasm with which they vote in national and provincial elections.

Voters will be choosing from among over 94 000 candidates, including those from political parties and independents. Many of the election posters on street poles and billboards are for parties and candidates that have not previously participated in local government elections. This is a sign of the health of our democracy.

We are at an extremely difficult time in the life of our nation. The Covid-19 pandemic has considerably worsened our economic situation, and if we are to get the country back on track, we need people at the helm who are not only capable, experienced and qualified, but who are also honest and trustworthy.

We need local councillors who have a clear plan to promote investment and business opportunities in their area. They need to understand that municipal services need to be delivered reliably and affordably both to improve the lives of residents and to ensure that businesses can operate and thrive.

Councillors must prioritise the empowerment of young people and women. If necessary, they must change local by-laws and regulations so that they can set up businesses easily, access municipal procurement opportunities and receive training and other support.

We do not need candidates who make promises to communities at election time, but vanish soon thereafter.

Without accountability on the part of elected representatives and public officials, whether at national, provincial or local government, trust between the public and government is easily broken and difficult to regain.

We need greater openness and engagement with communities by the elected officials, and it is our hope that those who are elected this year take the matter of accountability seriously.

Ultimately any election is about trust.

Citizens have an expectation that the promises that are made to them are fulfilled. By equal measure, elected officials expect that communities should work with them to resolve the issues in a particular ward. It is a matter of mutual responsibility because both councillors and communities share a common aspiration to improve the quality of life of all.

Before placing their trust in a candidate of choice, I urge all South Africans who will be voting next Monday to commit to working with whoever is ultimately elected, regardless of which political party they belong to. We should not say we have no interest in working with or assisting the newly elected official because they were not our favoured candidate.

We can only reach the goals we have set ourselves, of communities that are cleaner, safer and better-run, where service delivery is of a good standard and advances human dignity, if we work together, including across the political divide.

Twenty-seven years after its founding, ours is a democracy that has matured. So too should our politics. We may have differing political allegiances, but we ultimately want to see a South Africa that is better for ourselves and for our children.

Let us vote responsibly. Let us vote wisely. Let us remember that it is only those who have the best interests of the South African people at heart who should get our vote.

Perhaps Cyril should honour just a couple of the commitments (promises are a concept he seems not to understand) he has made.

no, he and his cadres just doesn’t have integrity……that is why they can’t honour any promise!