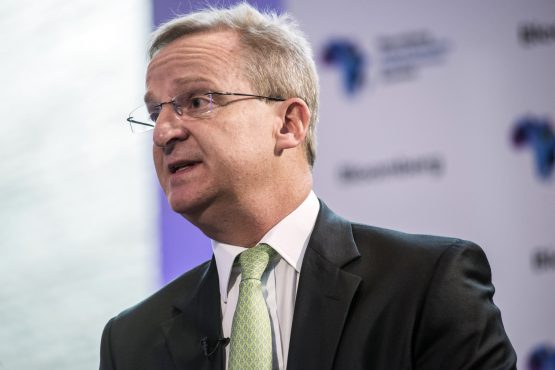 South Africa’s plans to change the constitution to allow the expropriation of land without compensation could hit property prices and trigger a banking crisis, the chief executive of Nedbank told parliament on Friday.

President Cyril Ramaphosa announced on August 1 that the ANC planned to change the constitution to allow land to be expropriated without compensation, as whites still own most of South Africa’s territory.

Speaking to the Constitutional Review Committee, which is investigating proposed changes to the constitution, Mike Brown said there was no need to alter the law because the existing legislation already allowed the state to expropriate property for land reform purposes.

“As a commercial bank, we are a key role player in funding the economy and any material impact to property prices would adversely affect confidence in the banking system and could trigger a classic banking crisis with significant negative knock-on effects on the economy,” Brown said.

Nedbank is the fourth largest bank in South Africa.

Since the end of apartheid in 1994, the ANC has followed a “willing-seller, willing-buyer” model under which the government buys white-owned farms for redistribution to blacks.

Progress has been slow and most South Africans believe something has to be done to accelerate change, providing it does not hurt the economy or stoke unrest.

Dear ANC,
If you take my house you can take my mortgage too.
Thank you.

Dear ANC, if you want my house, bring kevlar and about a 1000 band aids

Just because they make it law does not make EWC right.

Apartheid was wrong, but it was law.

One small pay check for a politician and One Giant slap in the face for entire South Africa.

AN-CR do not care what the banks think – they want them out anyway, they want control and power for themselves, not a economy with prosperity for all.

It would be fascinating if we could at least ask SA bankers what operating and investment decisions they were making with regard to the coming EWC. Not that we would get any answer, let alone an honest one – how cynical one becomes.

Are they buying US$, refusing loans on land or farms, calling in existing loans?

What is the proposal?
Like so many article headlines this is deceptive and has no meat.